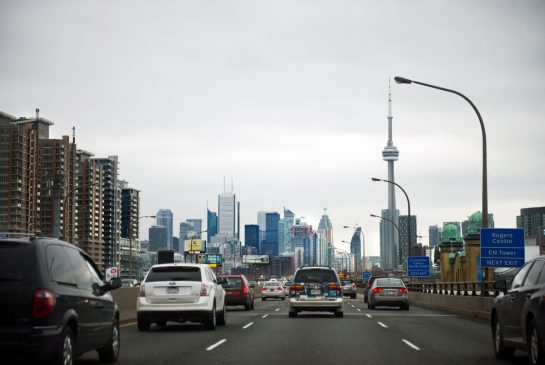 This week in Toronto: More problems for condo developers, are you better off renting and good deals for cheap thanks to a supply and demand shortfall.

Elsewhere: Are certain cities better than others for roommates, a mega storm threatens the Philippines and Puerto Rico could be the next Greece.

Better off renting? The new economics for young adults (The Globe and Mail)

"Let’s assume Neil would qualify for a mortgage. If he went ahead and bought, he’d be giving up both financial flexibility and mobility. In a tight job market, being able to relocate to another city without the hassle of selling a house is a huge advantage."

"Given the current sales trend and the expected number of launches for the fourth quarter, new condominium apartment sales will likely total approximately 13,000 units this year. That's down from 17,997 in 2012 and 28,190 sales in 2011."

“The way we’ve always pictured the Toronto market is that it’s not a bubble,” Mr. Guatieri said. “A bubble will deflate under its own weight. It’s more a balloon that would require a pin to burst. And that pin hasn’t come along.”

"There are some 300-odd new condominium projects that are actively selling units in the Greater Toronto Area, she adds. “That’s a lot of developers with a lot of product that’s still sitting on their books that they have to sell.”

"We think we will get a much better project without the retention of these buildings and it's a much more exciting project that way," he says. "Certainly that's our intention and we're going to proceed in that manner."

Across the country, real estate resilience persists (The Globe)

“In what many have traditionally considered a ‘big fish’ game, more and more individuals are making the foray into the market—a reflection of confidence, climate and a new investor mindset.”

"For more than two decades, Montreal was one of the sleepiest office markets in Canada, seeing no new private development as cities such as Toronto and energy-rich Calgary added millions of square feet of new space."

"Outside of Vancouver, which rivals some of the most walkable scores in the US (New York scores 87.6; San Francisco scores 83.9), Canada isn't amazingly walkable. The 10th most walkable city in America is Baltimore, scoring 66.2, more than 18 points above Canada's 10th, Calgary."

"The condo is on the 35th floor of a 2007 tower designed by Helmut Jahn, a Chicago architect whose projects have included the Sony Center in Berlin and One Liberty Place in Philadelphia."

The Best And Worst Cities For Roommates (Forbes)

"Living with roommates can be a pain or a joy, but the one reason we all do it is to save money on the rent. How much money do we really save?"

"Of course, there are other factors which could impact these markets as well. For example, in Dallas and Houston, real estate investors may have to deal with substantial competition from new home and home builders."

If you buy a foreclosure, expect problems (Washington Post)

"The real question is whether the problems you uncovered could have been discovered by a reasonable home inspection."

Is Puerto Rico the next Greece? (USA Today)

"Then the real estate collapse hit Puerto Rico. The drop in home prices and the rise in mortgage failures prompted the Federal Deposit Insurance Corp. to force the closure of three Puerto Rican banks in 2010."

END_OF_DOCUMENT_TOKEN_TO_BE_REPLACED
This Week In Real Estate