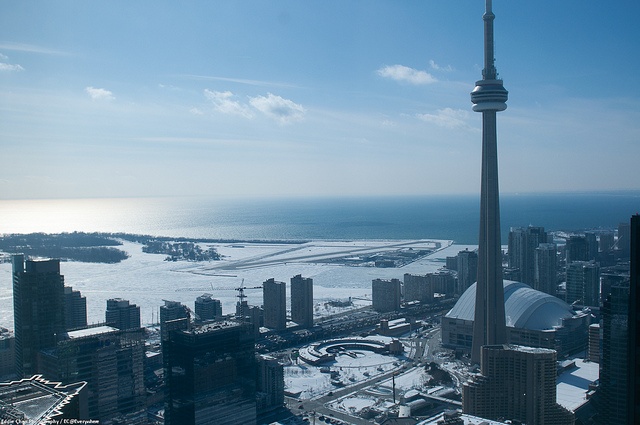 This week in Toronto: Rob Ford makes more bold claims, timing is everything in the condo world, and luxury real estate continues to take off.

Elsewhere: Fears of a Canadian housing crash continue to fester, the new 'it' guy in Las Vegas, and 11 million empty homes in Europe.

A beautifully renovated semi located in the heart of walkable Leslieville 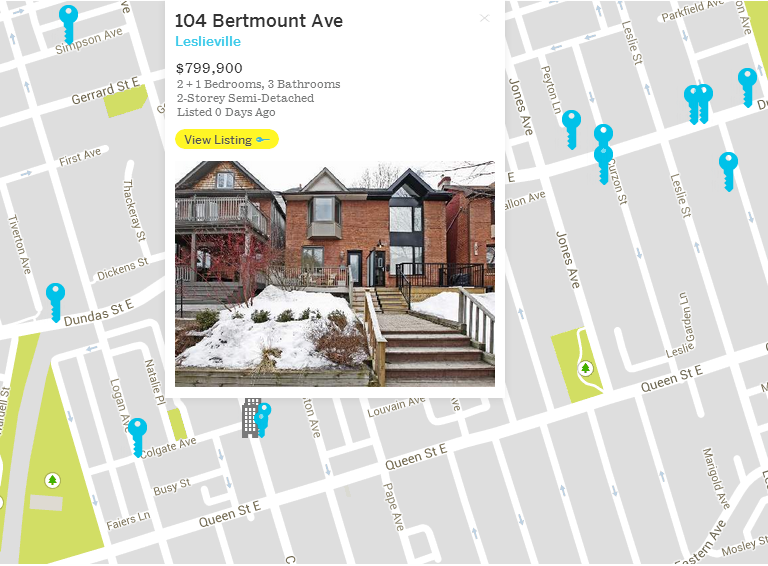 “We’ve achieved a great deal at Toronto Community Housing. It is 100 times better than it was three years ago."

'Local developer Peter Freed and international designer Philippe Starck collaborated in the creation of a mid-rise with ultra-modern suites, like this third floor unit with oak hardwood floors, sliding bedroom doors and a Scavolini kitchen with Caesarstone and stainless steel finishes.'

'Chan preps dinner as she talks about the pros and cons of living en famille in 1,385 square feet. When they bought in 2001, the couple had differing viewpoints. “I could envision having a family in a condo downtown,” says Chan. “But I think Kirby always assumed we would move when we had children. We’ve grown to love and appreciate the convenience, though, and don’t ever want to move.” '

“There are doubters and skeptics that say the housing market is not sustainable, but we don’t see a bubble coming,” said BMO senior economist Robert Kavcic.

'Big city mayors say Canada loses $10 billion annually to gridlock and that a housing crisis looms without more guaranteed funding from the feds.'

'However, the report also said that much of the imbalance in the market reflects "frothier conditions in the larger urban centres of Toronto and Vancouver." '

'They call themselves Zapponians, a close-knit group connected to Hsieh, CEO of Zappos and the bold leader of a major transformation of downtown Las Vegas. Friends, co-workers and colleagues, they’re all here for a show of allegiance to tony and the group before his 40th birthday party.'

BofA under probe over US housing programme, forex (The Star)

'The Charlotte, North Carolina-based bank also said in the filing that government authorities in North America, Europe and Asia are investigating the bank's conduct and practices in foreign-exchange markets as part of a broader industry inquiry.'

'By 2018, the median price of single-family homes will be close to the peak reached in 2006 before the national market cratered, according to the study from the Demand Institute, a nonprofit think tank operated by The Conference Board and Nielsen. But there will be winners and losers.'

Britain's housing market shows no sign of cooling down, says Nationwide (The Guardian)

'Price growth is being supported by the fact that the supply of housing remains constrained, with housing completions still well below their pre-crisis levels, which was already insufficient to keep up with the pace of household formation.'

'The managers of the deal include State Bank of India and Sumitomo Mitsui Banking Corp as lead arrangers and bookrunners, and the Bank of Tokyo-Mitsubishi UFJ Ltd and DBS Bank Ltd as mandated lead managers.'

'Among the frontrunners with vacant houses are the UK with 700,000 homes; Germany with 1.8 million; France with 2.4 million; and finally, Spain with some 3.4 million homes which are languishing without tenants. These figures are a result of data collated by The Guardian.'