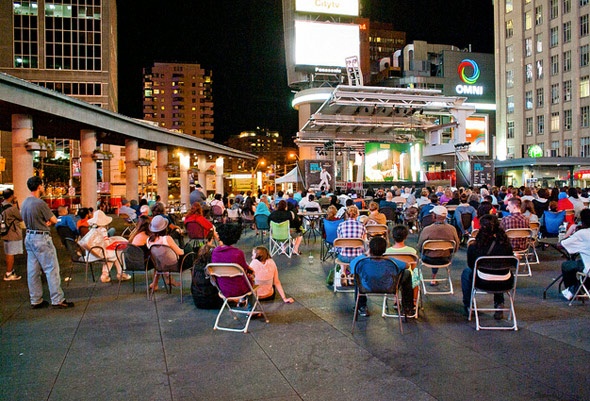 This week in Toronto: Tips for first time buyers, Toronto's bull market is still stampeding, and May was a great month for this city.

Many people consider investing in real estate as a way to build a nest egg and have tenants help you pay the mortgage. There are pros and cons to taking that leap, but if you do, here are 10 things to know.

Try not to panic if you haven’t bought yet but the $2-million home is a growing segment of the market in Canada’s largest city.

A rundown old house with a hodge podge of apartments in Roncesvalles Village drew crowds last week when it was listed with an asking price of $769,000.

Why Toronto homes are selling for castle prices (BNN)

“We are now at the peak of the spring market when we generally see the greatest number of sales and the highest average selling prices,” said Dianne Usher, president of The Toronto Real Estate Board in a release.

Toronto real estate market has best May ever (City TV)

“With listings down and sales up compared to last year, competition between buyers increased.  The result was price growth well-above the rate of inflation, especially for singles, semis and townhomes.”

Is Vancouver real estate heading for a seller's market? (CBC)

Vancouver real estate may finally be headed towards a seller's market, as the Real Estate Board of Greater Vancouver announces a 14 per cent rise in sales this May over the same month last year.

Canada’s housing market is 10% overvalued, with the biggest risks in condominium overbuilding and uncertainty over how many investors are buying, but the risk of a U.S.-style collapse is low, a top executive at Canada’s second largest bank said on Monday.

Sotheby’s opened its first office in Calgary less than two years ago, with about 20 real estate agents. It now wants to grow its team to closer to 60 people. It will announce Tuesday that it is moving into new offices to accommodate that expected growth.

Giving Up on Home Ownership in the U.S., Many Immigrants Find Real Estate Back Home More Affordable (Latin Post)

The emergence of these real estate offices shows how opportunities have changed for immigrants in the "land of opportunity," and how circumstances in the nation have made it more attractive to return home. The dream of owning an affordable home in the United States is becoming more difficult to achieve for many.

To put the state of the bubble market into the historical context of what a non-bubble driven housing market looks like, our next chart expands the time frame of the first chart back to 1967, which corresponds to the oldest data directly published by the U.S. Census Bureau's on the median income earned by all U.S. households.

An estimated 60,000 such children will pour into the United States this year, according to the administration, up from about 6,000 in 2011. Now, Washington is trying to figure out how to pay for their food, housing and transportation once they are taken into custody.

In a review of UK economic policies, it said council tax bands should be revalued and action taken to address "rapid" house price rises in London.

South Africa shows how to reap from revolutions (The Observer)

Over the 20 years of ANC leadership, the economy made giant leaps: many people have been pulled out of poverty. Government has wonderful social insurance schemes. Access to social services – electricity, water and sanitation, health, education – housing can only be compared to developed countries. Just as the ANC campaign slogan: the ANC had a ‘good story’ to tell.

END_OF_DOCUMENT_TOKEN_TO_BE_REPLACED
This Week In Real Estate