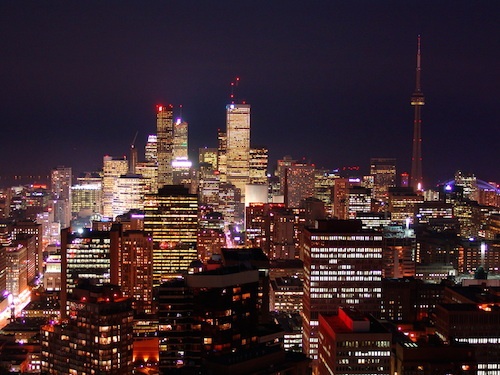 This week in Toronto: A new generation is driving the condo demand, how young people entering the workforce will prevent a real estate crash and home prices in this city continute to sky rocket

Elsewhere: Calgary and Montreal lead the home bulding surge in 2014, Home Depot points to the U.S housing recovery as the reason for big sales and Melbourne is the world's most liveable city according to the Economist.

I think a lot of the demand is demographic driven as a wave of baby boomer children are finishing school and moving out on their own. This has been helped by improving job opportunities, which were scarce for younger adults for several years following the recession. Canada

Weisleder: Real estate to crash? Not by these yardsticks (Toronto Star)

Rent controls have persuaded developers to build condominiums instead of apartments. Yet young people entering the workforce still need a place to live. That is why the vacancy rate for new condominiums in Toronto is close to 1 per cent. If the units are filled with tenants or owners, prices cannot crash.

Broken down by home type, TREB’s mid-month data show still huge demand for detached homes despite their far higher price tag compared to condos and townhouses. Detached prices are up 12.3 per cent on average across the metro area and suburbs, to $692,402.

In its latest Canadian housing forecast, the bank (TSX:RY) says Canada's current historically low interest rates are not "sustainable" and it forecasts longer-term interest rates will rise by the end of the year in anticipation of a return to tightening mode by the Bank of Canada in 2015.

While Calgary recorded 3,991 starts for single-detached dwellings, a 9 per cent boost over last year, it was the multiples market that more than doubled. Under the “all others” designation, which accounts for semis, row homes and condo apartments, Calgary counted 6,657 starts between January and July 2014, an impressive 102 per cent jump over the same time last year. It’s also a clear reversal of 2013 where there were fewer multiples under construction than single-detached dwellings.

“We've seen the pride and ownership they take of the gardens and we see how happy they are,” said spokesperson Barb Makela.The project is giving tenants more than just vegetables, it's also giving them hope for a better future, she added.

The appeal of apartments to millennials, a generation laden with student loan debt that may make it difficult to afford a down payment on a home, is one reason why some noted investors, such as DoubleLine Capital’s Jeffrey Gundlach, have said they are betting against the shares of homebuilders.

Home Depot Inc, the world’s largest home improvement chain, said it expected same-store sales to grow faster in the second half of the year as customers furnish new houses and renovate existing ones in a recovering housing market.Home Depot’s shares rose as much as 5.5 per cent to an all-time high of $88.16, after the company also reported better-than-expected quarterly results.

Where you give up the most to afford a house (CNBC)

The good news is that owning a home is still affordable in the vast majority of large U.S. markets, if, that is, the buyer has a large enough down payment and good enough credit to get a home loan at the best rate. That is increasingly not the case, because soaring rents are cutting into savings that could be used for down payments.

Melbourne achieved perfect scores of 100 in the healthcare, education and infrastructure categories, as well as in the sub-category of sport. It also performed well in the other criteria of stability, and culture and environment.

Among the “million-pound plus” districts, Kensington saw asking prices drop 7 percent on the month to an average 2.2 million pounds, while Camden fell 7.2 percent. From a year earlier, values in Kensington were down 1.4 percent, the only borough recording an annual decline. The average London price is up 10.3 percent in that period.

END_OF_DOCUMENT_TOKEN_TO_BE_REPLACED
This Week In Real Estate