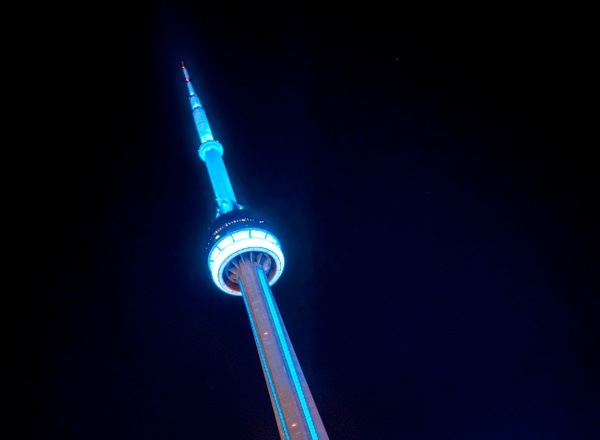 This week in Toronto: Housing in Toronto is really expensive, Ontario taxpayers take the hit for MaRS and the city's vital signs are a mixed bag.

Elsewhere: A Canadian housing decline could put retirement savings at risk, LGBT senior homes spread in the United States and the rise of the elevator.

Toronto is the fourth most livable city in the world and one of the best places to do business, according to a 245-page report card on the city’s overall health released today, but it's also the second most unaffordable housing market in Canada

After Ford finished taking questions, the board’s chief government and public affairs officer, Von Palmer, stepped up to the microphone himself. Other board officials, including president Paul Etherington, watched from the side.

Affordable housing is also a growing issue. The report notes that Toronto has again slipped in international rankings for housing affordability and that the average rent for a one–bedroom apartment in the Toronto region accounted for more than 40 per cent of the income of an average youth.

His advice to Canadians, especially those approaching retirement, is to pay down debt now and, if they have a mortgage, to lengthen the guaranteed interest term on it. The goal should be to be debt-free by retirement, Mr. Connor says. He will be making this point during a keynote address Wednesday evening at a pension reform summit in Toronto.

The homebuilding sector has shown resilience this year, bouncing back from weakness at the beginning of 2014 that was caused by severe winter weather, and the housing market generally has remained strong, defying expectations for a correction or crash.

The International Monetary Fund (IMF) is reminding Canada that its overvalued housing market remains a vulnerability, even as it expects the economy to grow this year and next.

New York–based Related is teaming up with Toronto-based Oxford Properties to build Hudson Yards, a $20 billion project that is the largest private real estate development in the country and the biggest in New York City since Rockefeller Center was erected in the 1930s.

“The results of the past few months show that consumer optimism remains cautious and somewhat volatile, and we’ll likely continue to see bumps on the housing recovery path reflected in our survey results,” he concludes.

"This feel likes home," says Lund, who came out as a gay man during the AIDS epidemic and lost his job of 15 years in the early 1980s after his boss learned his sexual orientation. "As you get older, it just feels more comfortable to be around people who understand and share your background. It's also nice not to have worry about letting something slip out."

The elevator as cultural phenomenon (The Globe)

Movements for better housing proliferated in the fin-de-siècle – but the elevator became the key technical tool that ended the tenement era. By 1870, there was an elevator in a New York apartment house. By 1890 in Chicago and Manhattan, the new form of multi-unit housing – a tall, steel-framed stack of floors opening off a centralelevator shaft – was firmly established, and would remain the norm ever thereafter.

The housing sector in New Zealand is set to see a slew of reforms. Finance Minister Bill English, who is in charge of New Zealand housing, has criticised local government councils for their faulty planning and rigid rules for driving inequality and in escalating house prices.

When Ebola broke out in Liberia, 10,000 employees of Aecom Technology Corporation moved out of the country. Their work on new rail infrastructure and public housing in the nation of four million ground to a standstill.
Realosophy Realty Inc. Brokerage is an innovative residential real estate brokerage in Toronto. A leader in real estate analytics and pro-consumer advice, Realosophy helps clients buy or sell a home the right way.   Email Realosophy

END_OF_DOCUMENT_TOKEN_TO_BE_REPLACED
This Week In Real Estate