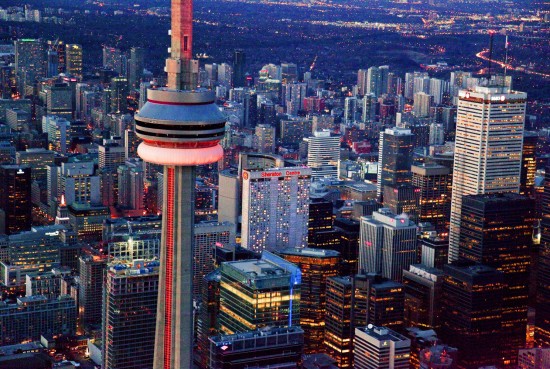 This week in Toronto: Where the mayoral candidates stand on housing, in the depths of a twitchy market and choosing the right home.

Olivia Chow has made housing a central plank of her mayoral campaign. She has promised to bring to council a proposal for inclusionary housing that would require 20 per cent of units in new residential towers to be affordable. Council would have to define affordability, and Chow’s goal of 15,000 new affordable units is highly ambitious. But Chow is the only major candidate advocating for hard targets on new affordable housing.

In a politically surprising move, Olivia Chow sided with Tory, asking if many of the children who go to school hungry or live in decaying public housing units would agree with Ford’s assertion.

Instead of agreeing that Scarborough is gets neglected at city hall, Tory said he hears residents from across the city — not just Scarborough — who complain about the cleanliness and state of maintenance in the park system and other public facilities.

In the depths of a twitchy market (The Globe and Mail)

Toronto’s real estate market has remained twitchy through October as buyers seem willing to wrestle for some properties but not others.

I just thought we couldn’t afford a house in Toronto – at least not in a location that we’d actually find desirable. We’re urban people, so we wanted to be close to downtown where there’s culture, restaurants, shopping, etc. Before we started our search, we weren’t as educated on the Toronto housing market, or the different pockets in the city where housing is still somewhat affordable. Ok, scratch that, not affordable – because nothing really is here – but attainable! So, we started looking at condos.

Real risk to housing market is ‘constrained liquidity’ (The Star)

Canadians’ ability to weather a downturn in the housing market is much lower now than in the past because of their “constrained liquidity,” says the president of the Canada Mortgage and Housing Corporation.

It did not cite specific cities. Nor did it say they were headed for trouble. Indeed, in an interview with The Globe and Mail's Carrie Tait, senior economist Randall Bartlett of Toronto-Dominion Bank said the sky's not falling

Canada remains at the top of the world’s credit-rating heap thanks to its fast-approaching balanced budget and a stable banking system, but the country’s high household debts and climbing house prices pose “a potential risk” to those strengths, Moody’s Investors Service said.

If you’re following the U.S. housing recovery you probably wish, as I do, that you’d bought some properties a few years back, when they could be had for next to nothing. House prices have recovered sharply, and with the leverage that comes from a mortgage, you’d have made a very attractive return, especially if you’d bought in markets such as Florida, where the bounce is even more pronounced.

Los Angeles is the most unaffordable city in America when it comes to the cost of putting a roof over your head. Rent is out of control. And even average home prices are laughably beyond the reach of a median-income family.

Both Fannie and Freddie were bailed out during the financial crisis. There was much talk in Congress of winding them down; in the meantime, they tightened loan requirements to limit the risk to taxpayers. But that changed when Barack Obama appointed Mr Watt, a congressman from North Carolina and long-term evangelist for home ownership.

If the definition of insanity is "doing the same thing over and over again and expecting a different result," then clearly Albert Einstein is not responsible for America's housing policies.

Yet early optimism is fading. Housebuilding appears to have raced ahead of job creation, and a housing glut looms. Not all Johoreans are happy with the suspension of corporate-ownership rules that elsewhere favour the ethnic-Malay majority. A battering in last year’s general election has made it harder for the Barisan Nasional, Malaysia’s ruling coalition, to ignore their concerns. Singapore hints that foot-dragging is slowing down plans for a cross-strait rail link. Chaotic leadership is one explanation for Malaysia’s decision to push up its toll charges, says Greg Lopez at Murdoch University in Perth—which was bound to prompt Singapore to retaliate.

'Help people build their own homes' (The Evening Telegraph)

Making it easier for people to get land and build their own home would help ease the housing crisis facing Britain, a Conservative MP has told the Commons.

END_OF_DOCUMENT_TOKEN_TO_BE_REPLACED
This Week In Real Estate