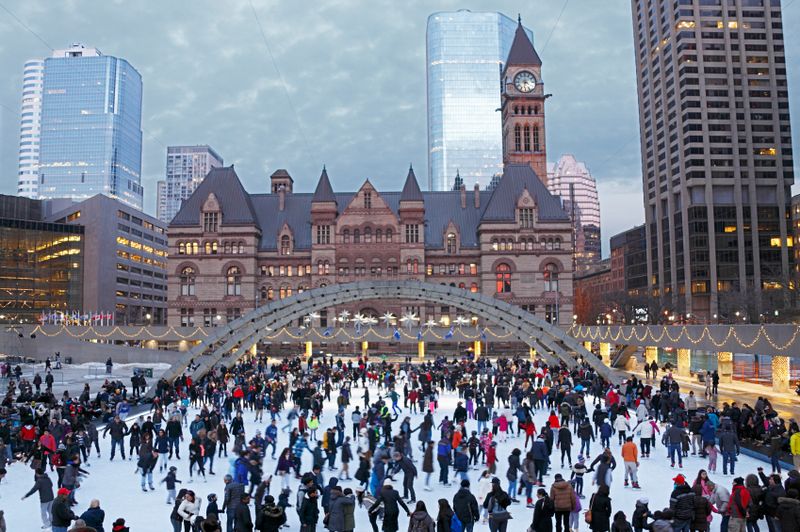 This week in Toronto: Reviewing the year that was 2014, housing prices in the city set to outpace the country in 2015 and heritage status is sought for a classic sign venue.

Elsewhere: Slower growth predicted for Canada's biggest cities, Calgary will feel the oil pinch in 2015 and why zoning laws are to blame for America's housing woes.

To get a better understanding of why the market was so competitive early in 2014 we have to also look at the inventory over the same period. It’s the combination of both demand and supply that determines how competitive the market is going to be.

Toronto house prices are expected to climb a further 4 per cent in 2015, outstripping the Canadian average of 2.5 per cent, according to the annual Housing Market Outlook report by national real estate brokerage ReMax.

The City is trying to secure provincial heritage status for the El Mocambo—a Spadina Avenue landmark that’s hosted countless big-name acts over its 68-year history—and the great glowing palm tree that looms over the sidewalk in front of it.

Why are so many black children in foster and group homes? (The Star)

In the Toronto area, black children are being taken from their families and placed into foster and group-home care at much higher rates than white children.

A new report forecasts that housing prices will register modest gains in most Canadian cities next year, disappointing homeowners in Toronto, Calgary and Vancouver that have been riding a property value surge.

The average sale price of a Calgary home is expected to rise by only three per cent in 2015 to $497,500 after shooting up six per cent in 2014, as more buyers are expected to sit on the sidelines to see if the recent slump in oil prices will make houses cheaper.

Housing could be overvalued by 30 per cent, Bank of Canada warns (The Star)

The overall risks to Canada’s economy from external factors, such as higher U.S. interest rates, slower growth in China or renewed problems in the eurozone, are lower than they were six months ago, the bank said Wednesday in its twice-yearly Financial System Review.

Housing prices in Lower Mainland are predicted to rise a modest three per cent in 2015, while Canada’s highest prices, in Vancouver, will be sustained by demand from Mainland Chinese buyers.

Foreclosure activity across the United States fell in November as banks repossessed fewer homes and scheduled a lower number of auctions, according to a report released on Thursday.

For New Yorkers who have spent decades trying to navigate the city’s housing market, it’s a small comfort to know that not even city planners can make sense of the city’s web of zoning policies. But this is nothing compared with the comfort that landlords feel, safe in the knowledge that they’ve used zoning to game the system. The tax breaks, rent-control laws and building restrictions that make up zoning codes in many major cities require lawyers to decipher. And whether by design or in effect, a housing regime that is intelligible only to highly trained professionals is one that spells endless power for owners and endless misery for tenants. Zoning codes must be simplified — quickly, radically and without mercy.

How do I know this? For the past year, I have been making a documentary with VICE about Britain's housing crisis. In the documentary I investigate the appropriation of the nation's scarce public housing stock by multibillion-pound criminal groups, which leads to longer waiting lists for homeless families, pushing out the old and vulnerable into hostels and on to the streets. It is what one gangster, known as P, refers to as "the hidden housing market."

French anger over 'Nazi style’ badges for homeless (The Telegraph)

The southern French city of Marseille has been forced to scrap a system of yellow triangles intended to help spot homeless people after it was accused of employing Nazi-style tactics.

END_OF_DOCUMENT_TOKEN_TO_BE_REPLACED
This Week In Real Estate