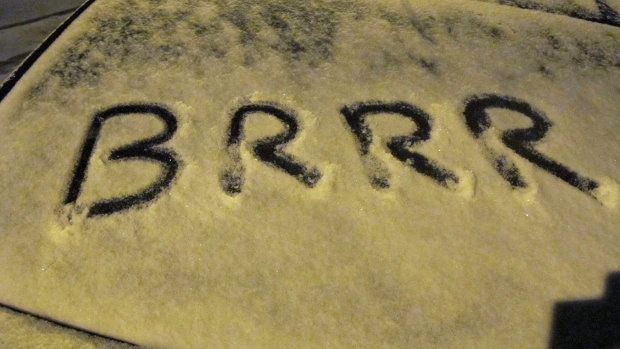 This week in Toronto: Listings shortages drive housing prices higher, can a young couple afford to buy in this market and new building rules could boost affordability in the city.

Elsewhere: Home sales over $1 million are booming in Canada, New York City is the hottest real estate market in the world and Europe warms to multifamily housing.

A shortage of listings is driving Toronto home prices sharply higher, the local real estate board says. The average price of a home in the area climbed 8.4 per cent last year, from a year earlier, to $566,726, the Toronto Real Estate Board said today.

“The number of households looking to purchase these home types increased, while the number of homes from which they could choose decreased. This situation resulted in more competition between buyers and more aggressive offers.”

Can this young couple afford to get into Toronto’s hot housing market before prices push out of reach? (Financial Post)

In Toronto, a couple we’ll call Tom, 30, and Helen, 27, are at the beginning of their financial lives. Recently married, they take home $8,500 a month from their jobs in industrial management with two different companies. They have already begun to develop net worth — they hold $108,000 in cash from an insurance settlement, have $45,000 in pension plans and a car they value at $5,000. Their immediate plan: buy a home soon and stop renting.

“As the condo market has been slowing, I’ve been hearing from a number of condominium developers who are now seriously looking at the purpose-built rental market.”

“The new building code allows for a lot of cost savings,” he said. “It opens up sites that — until now — have been very expensive to develop.” Stevens estimates wood frame buildings cost 15 to 20 per cent less to build than concrete ones, savings that could potentially be passed on to homebuyers.

Growing demand and limited supply cut down the number of days that homes stayed on the market and increased the percentage of homes in both markets that sold over the asking price, the report said.

House-hunting in Canada: Why $500K may not be enough money (CBC)

As first-time house hunters Ivette and Arturo (who wanted to withhold their last names) tour homes close to the city's downtown, they have discovered that the pickings are slim, even with a budget of $500,000. The most they can likely afford is a tiny bungalow.

The report also found that several markets will flourish in 2015. Prices in Vancouver and Toronto will continue to climb, by about 3 and 4 per cent per cent, respectively. Other areas that are expected to see healthy gains include Kelowna, B.C., (7 per cent), Victoria (4 per cent), Windsor, Ont., (5 per cent) and Moncton (6 per cent).

The Canadian Housing Bubble: It's Not All About The House (Huffington Post)

Only time will tell if Canada is experiencing an unprecedented overvaluation of the housing market. However, if the bubble-bloggers and Bank of Canada are correct, now is the time to develop strategies to shield your other assets from lenders employing full-recourse tactics.

New York City regained its top position among global commercial real estate buyers, unseating London and highlighting the appeal of U.S. properties in general, according to a survey of international investors released Tuesday.

The job market is stirring, gas prices are plunging and stocks are near record levels, but a housing sector that dragged the nation into the worst recession since the Depression remains the black spot in an otherwise resurgent economy.
How Brooke Helped Destroy Public Housing (Forbes)

The 1969 Brooke Amendment seems innocuous, at first. It fixed the rent that any public housing household could pay at no more than 25 percent of its income—a goal not unlike that for which many households strive when  signing a private apartment lease or making mortgage payments.   But the Brooke Amendment would hit the nation’s more than 3000 public housing authorities like a financial tsunami.

With capital flowing into European real estate at levels not seen since before the crash, some investors are taking a fresh look at rental apartments, a sector that has yet to gain traction on most of the Continent.

A silver lining to the housing cloud (The Economist)

Just how bad is China’s housing bubble? One important measure—the most important for those trying to get a foot on the property ladder—is affordability. Many believe that Chinese housing prices have soared well beyond the reach of ordinary people. There is some truth to that. But a closer look at the data reveals a more complex picture. The Economist Intelligence Unit, our sister company, created a city-level index to track the relation between housing prices and incomes across China. Two points stand out.

END_OF_DOCUMENT_TOKEN_TO_BE_REPLACED
This Week In Real Estate