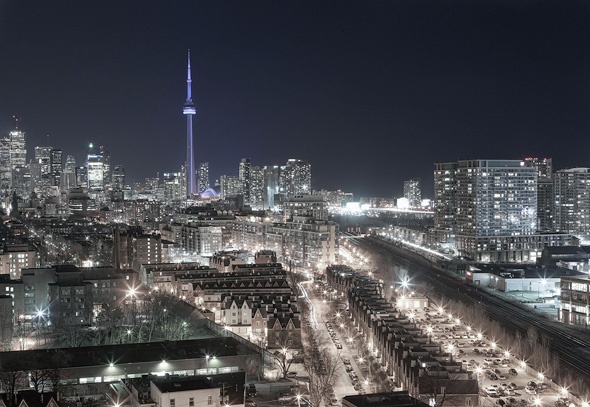 This week in Toronto: Why the condo king is worried about downtown, a new building at Yonge and Bloor could be the tallest in the city and some real estate brokers are defying TREB.

Elsewhere:  There have been corrections in Canadian housing, the Treasury Department in the United States is asked to vet foreign investors and Argentina's real estate resurrection.

Why is Toronto’s condo king Peter Clewes so worried about the emerging shape of downtown? (National Post)

He’ll be driving downtown, on his way to the office at 5 a.m. say, and he’ll make an extra turn. He’ll loop around to skip certain buildings. Or, if he’s walking, he’ll keep his head down and not look up at the structures he would rather not remember.

First look: New Yonge and Bloor tower would be Toronto’s tallest (The Globe and Mail)

Is it The One? The new development at the southwest corner of Yonge and Bloor streets will be sold with that catchphrase, and it will in some ways earn that title. The design by global architects Foster and Partners is tall, brawny and complex.

South to the shore of Lake Ontario are the clustered outcroppings of condos. Precious few of the new buildings contain apartments purposely built as rentals. The demand for rentals is heavy, but developers have preferred to construct condos. So rental demand has been partly sated by the fact that nearly one-third of condos in Toronto are rented out by their owners.

Two of the three brokers who shut down their online service this week after receiving a threatening letter from the Toronto Real Estate Board have decided to get back in the game.

Canadian housing: ‘There have clearly been corrections in progress’ (The Globe)

Canadian house prices may be up for the second month in a row, but a key report warns that “there have clearly been corrections” in some markets.

“When we take an agreement of purchase and sale, we need a [social insurance number] and photo identification,” he said, adding lenders providing construction financing demand to know the origin of money before they go ahead. “We kind of know what percentage of buyers are foreign buyers.”
IMF sounds fresh alarm over Canadian housing market (The Globe)

Housing affordability has been a Vancouver preoccupation for three decades, and not without reason. High housing costs take a toll on the well-being of residents, on the texture of the city, and not least on the economy, by distorting labour markets and diverting capital from more productive investments. Following last November’s municipal elections, in which the cost of housing and associated ills bubbled to the forefront, the topic appears set to blossom as a major civic debate and may even precipitate action. Before that happens, there are a few misconceptions that should be cleared up.

In a broad show of support for increased scrutiny of foreign real estate buyers in the United States, 17 nonprofit organizations on Tuesday urged the Treasury Department to require that the real estate industry verify the identities of buyers and screen them for potential money-laundering risk.

People of color continue to face barriers to homeownership. They are less likely to own a home (below) and less likely to get returns from the homes they do own, says Catherine Ruetschlin, senior policy analyst at Demos, a public policy organization. Ruetschlin and her colleagues have authored a new report showing the extent to which inequality in homeownership drives the racial wealth gap, and how eliminating this disparity could significantly reduce U.S.wealth inequality.

In 2011, Kirchner pulled out all the stops while investors pulled out their hair. Call it Act III in the Kirchner drama, el Presidenta put a limit on dollar transactions, making importing next to impossible. Foreign investors, especially Yankees with dollars, were not welcome by the Kirchner government.

A 120-square-foot nook is nobody's dream apartment. A new housing development in Seoul built around such tiny units might,in fact, cause some folks nightmares. Yet the Songpa Micro-Housing project could totally work for people who don't mind the prospect of living as if they were suspended in a giant vat of bubble tea.

How do you fix a housing crisis in a time of austerity? (The Guardian)

Although housebuilding in England last year rose by 10% to 137,000, that figure is 25% down on 2007 levels. These numbers are just over half of what housing campaigners estimate we should be building to make a dent in the housing shortage. With big cuts to public investment in housing under the coalition – and little sign of a big pot of cash on the horizon after the general election – how can we get anywhere near the number of affordable homes we really need?

END_OF_DOCUMENT_TOKEN_TO_BE_REPLACED
This Week In Real Estate