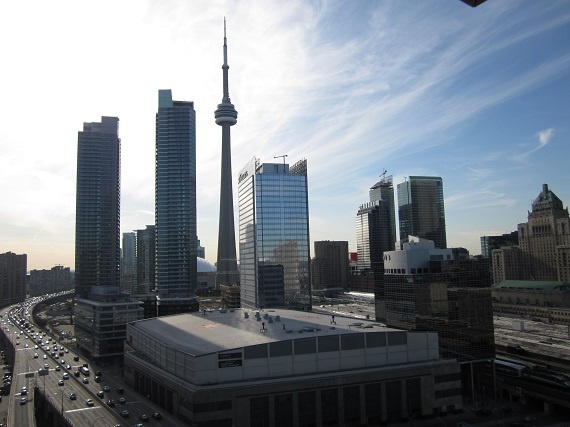 This week in Toronto: Housing prices are only going to go up, it's a waiting game for singles buying condos and the price gap between condos and houses continues to soar.

Elsewhere: A mortgage broker in Canada was booted for offering low rates, why millennials are moving in the United States and gloom for Asia's housing market.

Toronto’s record house prices could soar a further 17 per cent by the end of 2017 as the lack of supply in the face of unrelenting demand continues to drive prices far beyond the rate of inflation, says the chief economist of Central 1 credit union.

Location is tantamount for her. As the executive director of Canada Basketball, the sport’s national governing body, she works in an out-of-way office in Toronto’s Etobicoke suburb. Her commute by car is enough driving for the week. When she’s home, she wants everything from markets to coffee shops and parks in close walking distance. She wants the condo lifestyle.

In a sign of things to come as Toronto’s spring housing market heats up, the gap between the price of a new house and a new condo skyrocketed to nearly $300,000 in February.

The development will also house a new RBC location, possible educational facilities from OCAD and George Brown, and the new Daniels Corporation offices. Phase one is projected to be complete in spring 2018.

“We don’t want to sound like sour grapes,” Mr. Pipkey said. “It’s their business and they can run it however they want. But they promote their site as something that creates competition and brings lower rates and transparency to consumers. Well maybe not.

In Canada, you are where you live, population profiles say (The Globe)

“The truth is most people move into a neighbourhood where there are people like themselves or people they want to be. In every neighbourhood there’s exceptions to the rule, but in all the work I’ve done for the past 35 years, people are usually very much like their neighbourhood,” said Jan Kestle, president of Environics Analytics, whose company is releasing a rebuilt segmentation system next week.

Now and then: Do Canadian homes really cost that much more than 30 years ago? (Financial Post)

It’s hard to scan a Canadian newspaper these days without coming across an article about the country’s lofty real estate prices. And it’s also hard for parents to tell their kids the “I used to walk to school barefoot” stories. Or is it? Is it really that much more expensive to own a home these days than it was 30 years ago?

Recession or recovery, young people remain far and away the people most likely to move. Between 2007 and 2012, young adults accounted for about 24 percent of the total population of the U.S., but they made up over 43 percent of all movers.

A Look at the Price of an Affordable Housing Development (ABC)

A deal to renovate 175 homes for low-income residents in Camden totals nearly $57 million, or $324,000 per home. Much of the funding comes from government loans to be repaid with the help of federal rent subsidies. There are also state and federal tax credits in the deal, as well as some equity from the Broadway Partners 2010, the group doing the project.

The report argues that sprawl-related land consumption displaces economically-beneficial agricultural lands, and therefore, reduces local agriculture-based business activity. Because people are spread out, governments spend more money to construct longer roads, as well as sewage and power lines, to make sure all residents are covered.

History might not have to repeat itself, but sure does it. For the last 25 years, the global economy has lurched from one big housing bubble to the next. First it was Japan, then it was the U.S. and Europe, and now it's the rest of Asia.

Residents of estates such as Balgaddy and Bluebell in Dublin say they are living with damp, mould and pyrite, which impacts on health and well being. The Community Action Network - which was involved in gathering evidence to back up the complaint - said the conditions that some local authority tenants are forced to live in is a violation of their human rights and health.

END_OF_DOCUMENT_TOKEN_TO_BE_REPLACED
This Week In Real Estate