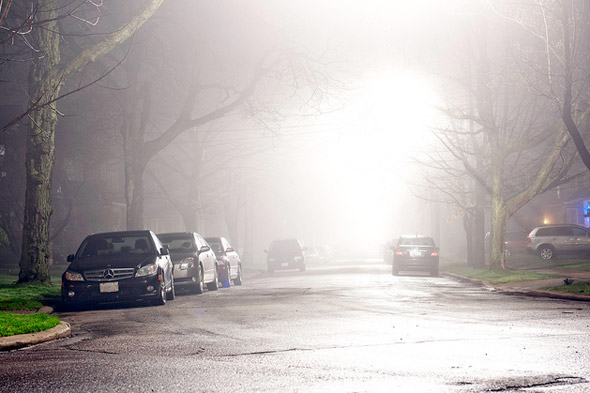 This week in Toronto: The condo market feels the heat, a crisis for Toronto public housing is here and the city's housing market may not join in on a soft landing.

Elsewhere: Banks switch it up from promoting mortgages rates to special features, the Bay Area isn't a good place to go housing hunting and a unique look at the city of Cairo.

When Toronto realtor Sohail Mansoor listed a 30-year-old, two-bedroom condo on Maitland Place for $419,900 earlier this month, even the building’s security guard warned that the price was too high.

Toronto public housing needs a Plan B: Keenan (The Star)

Bad news: If something significant doesn’t change, Toronto’s social housing agency will be forced to shutter 7,500 units by 2023 because they’ll be uninhabitable, and fully 90 per cent of the existing units will be in poor or critical condition. Making the repairs to prevent this will cost $1.7 billion more over the next decade than the city has already committed.

Canada’s high-flying housing market finally seems to be making a landing that will be harder in some areas–notably the oil-producing provinces of Alberta and Saskatchewan–than elsewhere, according to BMO Capital Markets.
Toronto condo prices set for long period of ‘stagnation’: report (Global)

So far, supply has continued to be outstripped by demand, leading to a comfortable, steady rise in prices throughout the city’s ongoing property boom. But, that trajectory for condo prices may now quickly be changing.

Amid fierce mortgage battle, some banks shifting focus from rates to features (The Globe)

With the critical spring housing market in full swing, Bank of Montreal, Toronto-Dominion Bank and Canadian Imperial Bank of Commerce are all offering rate specials that are among the lowest ever advertised. Others, however, are looking to turn the message away from rates.

The much-ballyhooed "soft landing" in real estate may already be underway, Bank of Montreal says, as booming price gains in two of Canada's three biggest housing markets are the exception rather than the rule in the rest of the country.
Borrowers lock in, lenders offer choice in competitive spring housing market (Yahoo)

"The poll results confirm what many of our clients are telling us, that they don’t expect rates to go any lower and, in today’s housing market, they want the comfort and security of knowing exactly what their mortgage payments will be for the next four or five years," says Barry Gollom, a vice president at CIBC. He also cites the rising cost of housing as a good reason for consumers to choose a fixed rate.

The latest confirmation that the housing supply in the Bay Area can’t possibly meet demand comes from Zillow. In fact, the region lags behind only Los Angeles in its ability to provide newcomers with a place to live.

The United States has returned a 51-hectare housing area of Camp Zukeran in Ginowan, Okinawa Prefecture, as part of a 2013 agreement to reduce the prefecture’s burden from hosting U.S. military bases.

From buying single-family homes in the United States to distressed commercial property in Europe, real estate has overtaken private equity as Blackstone's most high-profile and lucrative business. It accounted for 43 percent of the New York-based firm's economic net income in 2014.

The above picture shows an example of citizen-led, "tactical" urbanism on a street in Stapleton, Colorado, a neighborhood just outside downtown Denver. A local resident has parked a truck on one side of Beeler Street and a trailer on the other, effectively reducing the road from 38 feet down to 24 feet, in an effort to get cars to slow down. On the back of the trailer is a sign that reads: "Drive like your kids live here."

A Portrait of Cairo Through Its Discarded Street Chairs (City Lab)

The chairs, discarded by schools, offices, and apartment buildings, are a pretty common site on Cairo's streets, but they are often overlooked in the frenzy of the city. If you do manage to take a closer look, you'll notice that the rickety old things have a lot of character—they bear the "charm of imperfection," Moursi says. The chairs have lived many lives, she says. Here's how she describes their multiple life cycles in her email.

Housing is also a factor in many developing nations where most land is still owned by the government, or held in trust by the government on behalf of local villages. This includes most of Africa, much of South America, and part of Asia. In such places, the only people who can enjoy the benefits of “surging housing prices” are the few who own their own land, and since land ownership opportunities are limited due to widespread state control, everyone else stays poor. (In the United States, the closest analogues are Nevada, where 90 percent of the land is owned by the government, and Hawai’i, where more than 90 percent of the land is owned by a handful of corporations and trusts that might be willing to sell it for housing, but the state governent won’t let them.)

END_OF_DOCUMENT_TOKEN_TO_BE_REPLACED
This Week In Real Estate