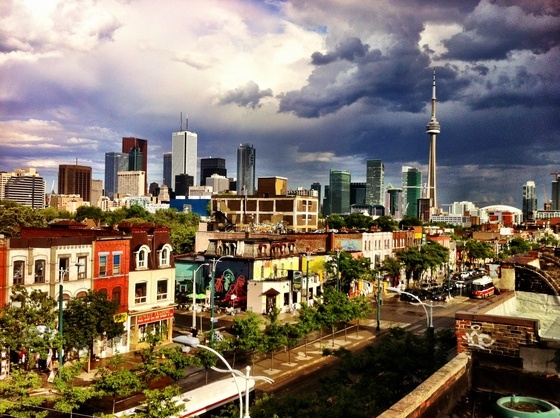 This week in Toronto: Home prices soar as there is no relief to meet demand, the average price of a detached home hits $1.15 million and you should have bought a house in 1915.

Elsewhere: It's not all doom and gloom for Canada's housing market, how much do you need to make to get a two-bedroom apartment in the United States and the long shadow of Mumbai's mushrooming high rises.

“Tight market conditions, especially for singles, semis and town homes in the [Greater Toronto Area], have resulted in strong price growth regardless of the price metric being considered,” Jason Mercer, the group’s director of market analysis, said in today’s report. “With no relief so far on the listings front, expect similar rates of price growth as we move through the remainder of 2015,” he added.

The GTA is in the midst of a record-setting frenzy for real estate. The region set a new record in May for sales, right on the heels of a record-smashing April, according to figures released Wednesday by the Toronto Real Estate Board.

The relative increase in condo stock is in part due to governmental policy to promote high density building (for example, through the Places to Grow Act), but land scarcity is probably the key driver of why developers haven't built more houses. While the building of condos has successfully introduced more options into the housing market (particularly as our rental housing stock hadn't increased since the 1960s), when it comes to houses, there just isn't enough supply to meet consumer demand in that segment of the market.

To that end, we looked up classified ads from the Toronto Daily Star that listed houses for sale in 1915. The ads suggest home sellers haven’t changed that much. Just like today, features such as hardwood floors, yards with lots of tree and solid brick are used to entice buyers.

“We look at the housing market like a food chain,” Levings said in an interview at Bloomberg’s office in Toronto May 28. “The first-time homebuyers are really the plankton. And if you don’t have plankton in the ocean, you’re going to eventually starve out even the big whales and the sharks. You need that first time homebuyer to buy that home so the next person can move out to buy their own home.”

But with the appetite for condos beginning to wane and sky-high home prices leaving home ownership out of reach for many, developers and institutional investors in Toronto and Vancouver are increasingly setting their sights on rental units.

House prices may stay high in Canada: Here's why (CBC)

I am one of those who have warned repeatedly of what happens to an economy when house prices see a general decline. I have also warned that house prices go through cycles, with long price rises followed by sharp declines. But there are at least two reasons why that downturn may not be yet.

If there is a reversal in the recent trend towards job creation, there could be big downward pressure on housing sales and values. On the other hand, the BoC still has tools at its disposal to free up money and stimulate the economy – which, of course, would be supportive of house prices.

This Is The Hourly Wage You Need To Afford A 2-Bedroom Apartment Around The U.S. (Huffington Post)

The National Low Income Housing Coalition released its annual housing report "Out of Reach" earlier this month. The organization calculated the hourly wage a resident would need to earn to afford a moderate, two-bedroom apartment -- and the outlook is grim. The report found that a person earning minimum wage in each state cannot afford to spend only 30 percent of income on such an apartment in the U.S.

Americans will face falling home prices in a matter of years as personal income gains fail to keep pace with the recovery from the financial crisis, according to a Bank of America Corp. analyst.
Renovating in New York: Let ’Er Rip? Not So Fast (New York Times)

It began as soon as they started interviewing architects. “We had one woman tell us, ‘I wouldn’t do anything unless you’re ready to spend a million dollars,’ ” Mr. Liano said. This was almost double their budget, and “before we even discussed what we wanted.”

“There is no checkpoint,” she says. “The transparency isn’t there, even today. What is a common man supposed to do? It’s just going to get worse. There are more and more loopholes that the builders are finding to be able to commit these crimes. At the end of the day, it’s the buyer who suffers because the builders have so much political clout with the authorities that they get away with everything.”

Uber-Richskis (rich Russians) is the new byword for opulent dwellers in some of the most exclusive neighborhoods in London. A continent away in Vancouver, the number "8" — a symbol of good fortune in China — adorns windows of real-estate brokers. More than 3,000 miles to the south of that Canadian city, Miami has become the housing mecca for Latin American millionaires seeking a haven from political and economic chaos that threaten their wealth at home.

END_OF_DOCUMENT_TOKEN_TO_BE_REPLACED
This Week In Real Estate