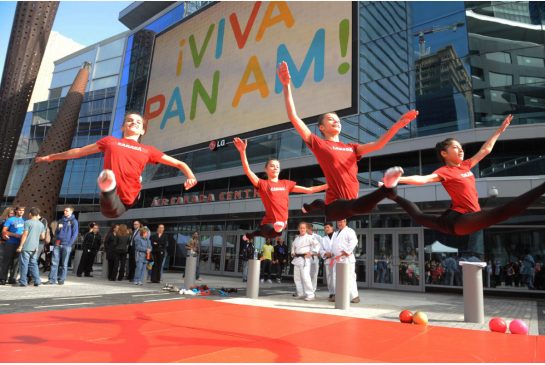 This week in Toronto: The hot housing market is expected to surge 10%, the Bank of Canada interest rate cut could over-stimulate the market and the city frees up more than $300 million for community housing.

Elsewhere: The interest rate cut by the BoC further fans real estate flames for some, the United States aims to cut internet access to those in public housing and tough times for Singapore's real estate market.

"A global trend is that citizens want to live in and around the downtown core, and Toronto is no different," he said. "Demand for these properties far outstrips the supply, which is why we have seen such robust price appreciation over the past few years."

“With most Canadian real estate markets across the country advancing modestly, and some rapidly, Royal LePage advises that a further interest rate cut by the Bank of Canada could over-stimulate markets such as greater Toronto and Vancouver.”

Led by Senator Art Eggleton, the group made up of housing, finance and real estate experts had been assigned to review the corporate structure at TCHC and provide recommendations to improve management.

With Canadians carrying record-high debt loads and cheap money fuelling hot housing markets in Toronto and Vancouver, the 25 basis point rate cut will be seen as a risky play in some quarters, adding more fuel to the debt fire.

Their concern is that Canada’s banks, which hold 74 per cent of the country’s $1.3 trillion in mortgage debt, will follow the Bank of Canada in slicing mortgage rates, enticing further borrowing in a country where consumers are already carrying near record debt loads. Lenders usually follow the central bank’s moves.

Sales of existing homes in Canada fell in June from May as a decline in sales in Ottawa and Montreal outweighed increases in the Toronto area, but national prices continued to rise, the Canadian Real Estate Association said on Wednesday.

It looks like we may be slipping into a recession across the country, so it wouldn’t be surprising for the Bank of Canada to try spicing up the economy with a cut to their interest rate. The goal would be to encourage Canadians to spend more, while encouraging banks to lend more. Most credit card and mortgage rates are tied to the rates set by the central bank.

Over all, 275,000 households, including 200,000 children, will be eligible for free Internet connections or, in some areas, broadband hookups that cost as little as $9.95 a month.

What Can You Buy for the Price of One SoHo Apartment? (City Lab)

Where we live determines our access to jobs, networks, schools, and myriad factors that affect the upward mobility of future generations. The incredible gaps in real estate prices on these maps portray a country divided not only by income, but by where people can afford to live. Beyond its singular economic landscape, SoHo’s mind-boggling real estate prices signal something more—the fact that America’s growing inequality is increasingly baked into its geography.

“To me, that sounds good on paper, but the reality of it is income,” said Nunnally, who pointed to the black-white wealth gap as the culprit for segregation in Baltimore and the surrounding suburban communities. “How can [neighborhood integration] come to fruition if the individuals don’t have the income to sustain the mortgage payment? People say the lending practices have loosened, but they really haven’t.”

“Developers will continue to take a restrained stance on new launches, as homebuyers are expected to persist with a wait-and-see attitude,” she said, estimating 19,359 new homes to be completed between 2015 and 2019.

On July 10th George Osborne, the chancellor, announced a plan that he hopes will get Britain building again. The proposal has two main strands. One is introducing a new “zonal system” to the planning process. The government has already committed to setting up a statutory register of brownfield land suitable for housing in England. It now promises to go further by legislating to grant automatic planning permission on those sites.

END_OF_DOCUMENT_TOKEN_TO_BE_REPLACED
This Week In Real Estate