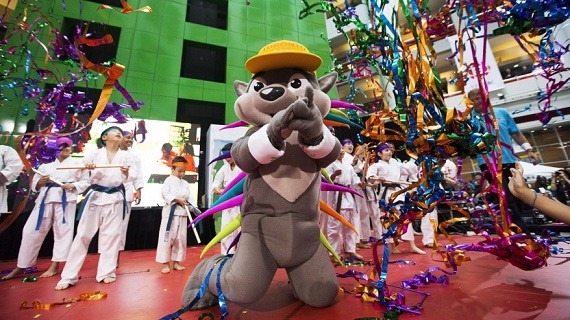 This week in Toronto: Home prices could plunge 30%, residential land prices reaches new highs and what the Olympics could do for transit and housing in the city.

“This is despite them being among some of the most overvalued markets in the world,” he says. “As we have outlined before, house prices have become detached from household incomes and rents. The risk is that housing is viewed as a one-way bet, prompting the classic market emotion of greed among investors.”

“You might get a slowdown in condos compared to a time when you sold everything out in month, but they are still selling,” Vilner said. “The land pricing is at record highs. You can’t just find a bare parking lot (to build on), you have to assemble (land) and that costs more.”

The proposed construction site is currently a wide-open green space and parking garage for residents of the TCHC building. It also has 11 townhouse-style TCHC rental units on it, all of which would have to be demolished. Some tenants—particularly the ones living in those townhouses—won’t be happy about the change. The developers have pledged to build 11 new affordable-rental townhouses to compensate for the loss, though.

The most common criticism of American U.S. investors who bet against Canadian real estate is that they erroneously consider Canada to be a smaller version of what the U.S. housing market looked like before the subprime meltdown, ignoring the obvious differences in our banks, financial regulations and mortgage default rates.

What's happening in real estate markets outside of Toronto and Vancouver? (The Globe)

If Calgary’s housing market serves as a proxy for the health of the country’s resource industry, then Windsor’s real-estate market is perhaps the best gauge of the strength of Canadian manufacturing.

While U.S. home prices soar, is Canada going the other direction? (Financial Post)

“We are at completely opposite points in the (housing) cycle,” said David Madani, Canada economist of Capital Economics, who likens the current Canadian market to the U.S. market just before the dramatic housing meltdown in 2007 that drove down prices as much as 50 per cent in some American cities.

It may surprise some real estate armchair quarterbacks but the St. John's market has been holding steady during the recent economic slip due to oil's price tumble. It also may surprise them that in this so-called buyer's market, it's first time home-buyers who are leading the charge.

The housing market is another matter. It is far less rational than even the often irrational stock market, for a couple of important reasons. First, most investors find it difficult to understand how housing supply responds to changes in demand. Only a small minority of people think carefully about such things. Second, it is very hard for the minority of smart-money investors who do understand such matters to bet against bubble-level prices in real estate markets. In housing, the smart money has relatively little voice.

Michelle Ross moved her family to the north Los Angeles County city of Palmdale in 2009 hoping to put her children in an environment where she no longer had to worry about crime. She was welcomed by her neighbors when she first arrived. But when the neighbors found out that Ross was a participant in the federal Section 8 housing voucher program, she found herself with new worries. She became the target of bullying and harassment—not just from neighborhood residents, but from the police as well.

Paint company CEO: The US housing market would be even hotter if it weren't for all this rain (Business Insider)

"As most of you know, it is our long-standing practice to not give weather reports on earnings calls, but the unprecedented rainfall across most of the United States during the past three months is hard to ignore," he said.

The move is the latest by the administration of Manuela Carmena, backed by the anti-austerity party Podemos, to protect housing in a country where a property boom and bust has resulted in tens of thousands of families losing their homes.

In recent months, China has loosened rules on second-home purchases and lowered interest rates, but the changes have disproportionately benefited bigger cities because their local economies and the prospect of price appreciation in these cities are stronger, stoking demand from investors.

END_OF_DOCUMENT_TOKEN_TO_BE_REPLACED
This Week In Real Estate