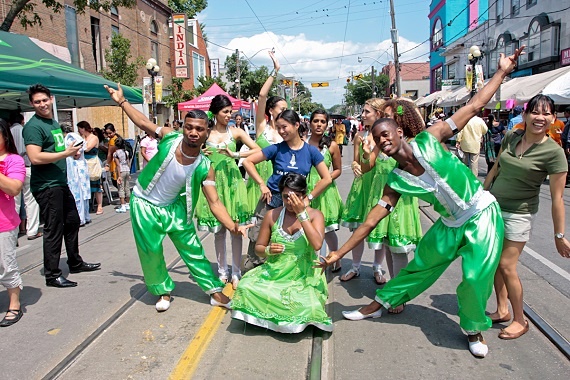 The average home price climbed 8.9 per cent last month, to $437,699, but excluding the “distortion” created by Vancouver and Toronto – which account for 60 per cent of the national market – prices climbed a much more tame 4.1 per cent (to an average $341,438).

It is the second largest housing organization in North America and is fully dependent on government funding, but as it now operates that funding isn’t enough. The organization has failed to adapt and the lack of visionary leadership has created a rigid environment where following procedure matters more than innovative ideas. Instead of adapting to the lack of funding, TCHC has allowed its housing to fall into such a state of disrepair that they estimate it will take approximately $2.6 billion to cover all the capital repairs required over the next decade.

They had no inkling about what was really going on: Gubb was a serial fraudster who made a living by renting houses, claiming to be a tenant, then illegally subletting rooms to as many residents as he could cram in—almost always young women desperate for a piece of downtown living. Dinnick and Verma were only his latest victims.

Economists and researchers are applauding Stephen Harper’s election campaign promise to collect data on foreign ownership in the real estate market, but they caution that more information is needed before any policies to restrict the practice are devised.

Why targeting foreign homebuyers may not improve affordability (Macleans)

But if the data does indeed confirm that foreigners are swamping the country’s major urban centres, the question about what Harper would do about it remains up in the air. Harper didn’t elaborate on what specific regulations, if any, he would implement to tame offshore buyers.  However a Conservative party background document on the issue points to countries like the U.K. and Australia, which have adopted certain policies, without saying which ones are being considered here.

“I think that right now there is a serious danger. I think that [in] some cities the prices are too high, and I also know that young families can’t get into [those markets],” the federal NDP leader told BNN in an interview broadcast Friday.

Harper's housing promises and the crisis of affordability (Rabble)

It's certain that we are in the midst of a housing unaffordability crisis -- that much Harper gets right. His proposed solutions, however, continue in the pattern of the past few decades, a pattern that has created bubbling housing markets that have left many shut out and scrambling.

"Perhaps the most encouraging element of the [Commerce Department] report was the strength exhibited by the single family segment, with home builders breaking ground on nearly 50,000 more single family homes in July than at any prior point during the recovery," said TD senior economist Michael Dolega in a note.

Evert W. Palmer has a vision for this city famous for its state prison: 10,200 new homes spread across the rolling hills to the south, bringing in a flood of new jobs, new business and 25,000 more people.

Experts are worried about another housing crash in Miami (Business Insider)

McCabe told The Post that the recent run-up in housing prices has been fueled by cash buyers, largely composed of wealthy foreigners and institutional investors like hedge funds. This is quite different from the mid-2000s housing bubble, which was largely stoked by banks approving mortgages that couldn't reasonably be repaid.

Too few new flats are being built in Germany's largest cities even as oversupply looms in rural areas, experts at the Institute for the German Economy (IW) in Cologne warned on Wednesday.

Some firms illegally obtained 485 million yuan of government subsidies and bank loans for the affordable housing scheme by fabricating documents, the auditor said. The funds were used to build dormitories and offices. The auditor also found that 20,600 home owners did not qualify for affordable housing as they used fake documents in their applications.

Rio's Olympic village: a green housing dream, but a gentrification nightmare (The Guardian)

After the athletes and tourists have gone home, developers expect Ilha Pura to become a new, upscale neighborhood – one marketed as highly sustainable – with homes selling from US$200,000 to US$1m. But critics point to the evictions of low-income residents around Ilha Pura and to the lack of infrastructure in the region’s other communities, one of which housed Ilha Pura’s workers in slavery-like conditions. They ask: just how sustainable can this green development really be?

It's hoped that it will be complete by the summer of 2019, but the concept does not come without challenges - especially given that the pool will be subject to forces exerted on it by the two adjacent buildings, which have been constructed on separate foundations.

END_OF_DOCUMENT_TOKEN_TO_BE_REPLACED
This Week In Real Estate