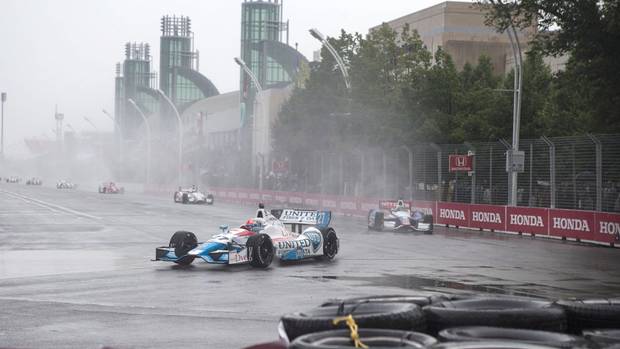 This week in Toronto: Strong demand fuels the condo market, a massive development is coming to Bathurst and Lake Shore and Toronto home prices continue to soar.

Elsewhere: Canadians are spending more on fixing up their homes, Chinese buyers fuel new energy into Texas real estate and a temporary housing boom in Europe.

While the number of move-in units is down very slightly from last year, says Urbanation, some developers say they are having trouble keeping up with demand because of a flurry of buying in the last few months by baby boomers and young professionals looking for brand-new alternatives to pricey lowrise houses, but with a quick move-in date — even outside the highly sought-after downtown core.

The historic former Loblaw warehouse at Bathurst and Lake Shore is going to become a massive retail, office, and residential complex, if a planned renovation and expansion project comes to fruition.

The Toronto and Vancouver housing markets are a source of concern among bubble-ologists, and the latest numbers show they’re still going strong. According to the Toronto Real Estate Board today, sales in the area climbed 8 per cent in July from a year earlier, at 9,880.

“As we move towards a new record for home sales this year, it is important to point out that home ownership demand has been driven not only by low borrowing costs, but also by the fact that the greater Toronto area economy has been performing quite well, with the unemployment rate lower compared to last year,” said Mark McLean, president of the board, in a statement.

It has a roof that dips, uneven front doors and a semi-detached house that slants way off to one side. But the cost remains in the upper edges of the real estate market.

“There are a number of homes out there that are more 50 years old and they require a lot of work all the time,” he said, adding that low interest rates have probably helped the renovation sector more than the new home sector. “Every person who renews their mortgage from five years ago renews it at a lower rate. To a lot of people that frees up cash they’ll put back into their house.”

Experts are divided on what impact a federal Conservative promise to revive a home renovation tax credit could have on the real estate industry, with some predicting it could add more fuel to red-hot housing markets while others say it likely wouldn’t have any impact at all.
Mortgage fraud on the decline in Canada, Genworth CEO says (The Globe and Mail)

Mortgage fraud has been on the decline in Canada in recent years thanks to tougher regulations, better training and new technology, the head of Canada’s largest private mortgage insurance company says.

California is still a Chinese favorite, but high prices there are cutting into demand. While Texas ranks third for all international home buyer demand, behind Florida and California, it is favored by Chinese buyers, thanks to its strong employment and education opportunities. Chinese accounted for 31 percent of international sales in Texas in the past year, second only to Latin American/Mexican buyers.

A skyscraper more than 1,000 feet tall might be heading to Brooklyn. Towers that tall are hard to come by even in Manhattan, and there aren’t any plans to build anything that large in any other borough yet.

Last week, Miami Mayor Tomás Regalado called on housing developers to build more apartments targeted to teachers, police officers, young professionals and senior citizens—groups that have been on the sidelines during the city’s luxury-housing boom.

The developers behind a palatial apartment scheme backed by the Abu Dhabi Investment Council, complete with cinemas and billiard rooms, used the vacant building policy to cut their contribution to affordable housing in the borough by £9m – even though they had already agreed their project would be profitable if they donated £17.9m.

END_OF_DOCUMENT_TOKEN_TO_BE_REPLACED
This Week In Real Estate