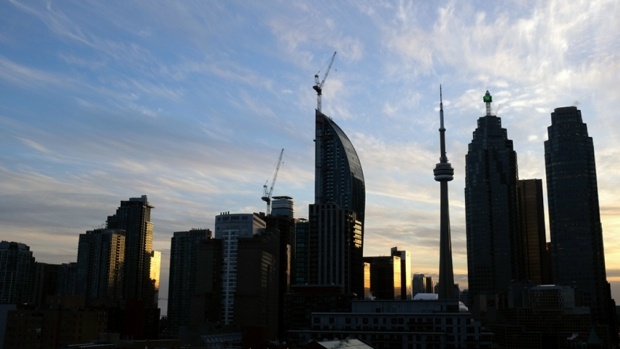 This week in Toronto: Housing affordability deteriorates to risky levels, the unlivable $1 million house in the Beaches and could stacked townhouses become the new condos?

Elsewhere: Canada's housing prices won't climb too much next year, Chinese investors find a safe haven in American real estate and where to house Europe's migrants?

"Affordability in Toronto is moving ever closer to the historically poor levels that prevailed in 1990, which may signal that risks are mounting because those were associated with a housing bubble at the time," it said.

After two days on the market, the property sold this week for $1 million, more than $100,000 above the asking price. And this, in response to a listing that advised curious buyers to go visit “at your own risk” and that a “flashlight may be required” because the power is disconnected.

With very little truly available space left in the city, developers continue to find new ways to build up within small spaces in Toronto. Enter the stacked townhome: the latest trend in real estate in the Greater Toronto Area, which has entered many neighbourhoods across the city.

Some Toronto Community Housing Corporation residents say much-needed programs are in danger because of changes to the corporation's insurance policy.

Low interest rates will continue to give the housing market a push for the rest of 2015, but by next year consumers can expect price increases below the rate of inflation, says a new report from TD Economics.

What else but bizarre would you call Conservative Leader Stephen Harper's re-election promise to spend a half-million dollars of taxpayers' money to collect data on foreign ownership of our real estate market to ensure that the purchase of homes by foreign, non-resident investors doesn't affect the "availability and affordability of homes for Canadians"?

Offshore buyers, primarily from China, are driving demand for luxury properties in Canada, helping to fuel sales of multimillion-dollar homes in major markets outside of Alberta.

The new rustbelt (The Economist)

If you visit south-western Ontario and the Niagara peninsula you will see scenes of industrial decay. Steel mills, vehicle-parts factories and food processors sit abandoned, their car parks studded with tufts of grass. The region has the look of a rustbelt, and that has Canadians worried.

The sudden collapse in the Shanghai Composite and the devaluation of the yuan in the past month have led some to worry that it could cause trouble for the U.S. real estate. But those who follow the market closely see potential capital flows from the turmoil in China to the relative safety of American property.

The centerpiece of the proposed 2024 Olympic Games in Los Angeles would be a $1 billion village where thousands of athletes would eat, sleep and stroll on tree-lined walks and clipped lawns.

But the conversation got real just as quickly. Richard Rothstein, a research associate at the Economic Policy Institute, gave a barn-burner of an address at the conference, a program convened by the U.S. Department of Housing and Urban Development.

With more and more refugees appearing in Europe daily this summer, cities and towns are grappling with a basic but crucial problem: Where can they all sleep? Tent camps are the most widespread solution for migrants in limbo and refugees seeking asylum, and have cropped up in public squares, meadows and train stations this summer around Europe. But some officials and charity groups have come up with alternative solutions — here's a look at a few.
Pitfalls of rent restraints: why Stockholm's model has failed many (The Guardian)
The result is a thriving rental property black market, with bribes of as much as 100,000 kronor per room to obtain a direct contract, McCormac says. Many people sublet space in their rental apartments. When one tenant advertised a tiny closet last year for rent, there were many potential takers.

END_OF_DOCUMENT_TOKEN_TO_BE_REPLACED
This Week In Real Estate