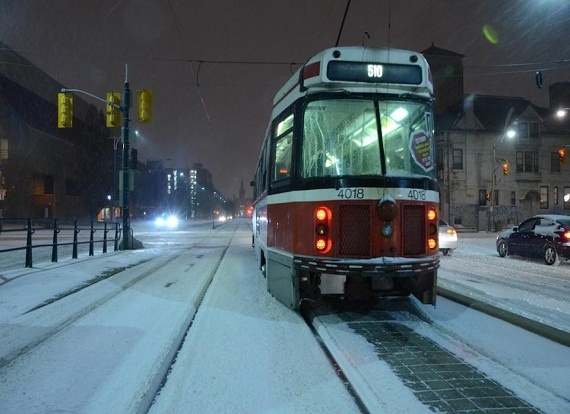 This week in Toronto: Toronto's housing market faces mounting risk of a sharp correction, everyone wants to be an agent when the market is hot and a housing crisis for adults with development disabilities.

“In Ontario, and especially Toronto, economic activity has been relatively buoyant and demand by foreigners has been boosted by the falling Canadian dollar. That said, newly completed but unoccupied housing units have soared in Toronto, increasing the risk of a sharp market correction.”

In Toronto’s hot real estate market, everyone wants to be an agent (The Globe)

“Real estate is on the lips of everyone more than any other subject at every social gathering,” Mr. Joseph says, so he’s never surprised when people raise the subject. And while he’s happy to provide some guidance after working in the industry since 1968, he is sometimes amazed at how many people are segueing into the business.

When both his parents had health issues at the same time, the only emergency housing the government provided was in a home for elderly people with physical disabilities. “The phone calls, ‘I’m not happy mom, I want to come home.’ He would phone me prior to bedtime, and he wouldn’t get off the phone,” said his mom, Brenda Kadysiewicz.

In the complex calculus of changing real estate prices, there is a second, less-discussed trend affecting the price of your home. That is the baby boom bulge, which in some sectors of the market is about to cause the gradual unwinding of a boomer housing bubble. And the effect might not be quite what you imagine.

CBC's Renee Filippone reports on the risk to young homeowners when rates rise or the bubble bursts.

“The presence of foreign investment can also contribute to housing market vulnerabilities such as overvaluation. In Vancouver and Toronto, for example, it is very possible that foreign buyers account for a substantial portion of the demand for pricier, luxury single-family homes,” said Siddall, according to a speech posted on the Crown corporation’s website.

But in expensive cities like New York, San Francisco and Los Angeles, critics have argued that property owners aren't simply renting out their homes for extra income, but converting homes into full-time mini-hotels, permanently removing properties from the rental supply. To combat the practice, San Francisco's new regulations allow only residents to list their permanent homes for short-term rentals.

In order to get free housing and financial assistance, Newman was obliged to sign on to a Kentucky programme providing financial assistance to low-income families with children in combination with training or volunteering. She receives a living allowance – not formally a pay cheque – of about $800 a month after signing up with AmeriCorps, a federally run national service organisation. She also receives $600 in food stamps. The state covers healthcare costs for the children.

The US government Thursday proposed to ban lit tobacco products inside public housing in a push to make hundreds of thousands of units across the country smoke-free. Julian Castro, secretary of the Department of Housing and Urban Development (HUD) and a rising star in the Democratic party, introduced the measure as a cost-cutting, healthy initiative.

Beginning January 1, many Berlin housing project residents can expect a cut in their rent. The cost of public housing in the city is just too high, the Berlin Senate ruled today, and from now on the rent tenants pay will be directly linked to how much they earn.

In all three volumes of this debt trilogy, the cycle began with capital flooding across borders, driving down interest rates and spurring credit growth. In America a glut of global savings, much of it from Asia, washed into subprime housing, with disastrous results. In the euro area, thrifty Germans helped to fund booms in Irish housing and Greek public spending.

END_OF_DOCUMENT_TOKEN_TO_BE_REPLACED
This Week In Real Estate