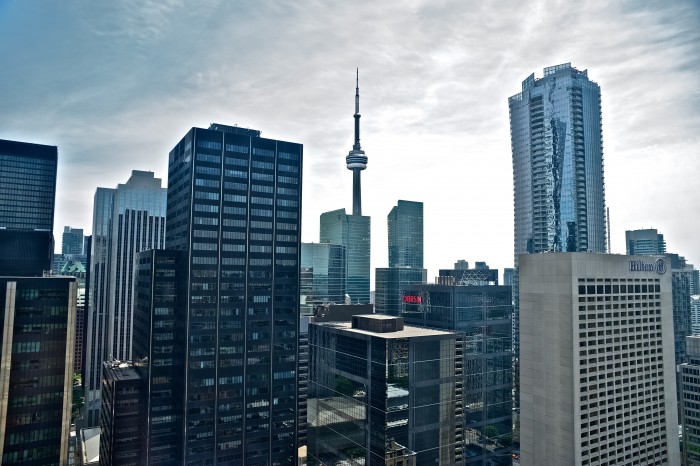 Elsewhere: Oil could play a direct a role on the housing market in Canada, Paul Krugman takes aim and inequality in the United States and the U.K continues to propose news ideas to solve their real estate conundrum.

“Not only did we see a record sales result for November, but with one month left to go in 2015, we have already set a new calendar year record for home sales in the TREB market area, eclipsing the previous record set in 2007. Sales were up on a year-over-year basis for all major home types, both in the city of Toronto and surrounding regions,” Mark McLean, the board’s president, said in a statement.

“Demand for ownership housing has remained strong in the [Greater Toronto Area] throughout 2015, with sales generally increasing at a greater annual rate compared to new listings,” Jason Mercer, the group’s director of market analysis, said in a statement.

On Wednesday, Tory proposed an annual “city building” tax of 0.5 per cent added to property tax bills, dedicated to paying for transit and social housing infrastructure. He said it would be a clearly identified charge, start in 2017 and add about $13 to the average property tax bill of $2,654.50.

"Everybody has seen some of these older apartment buildings starting to deteriorate – really nobody has been building new apartments for rental for a long time,” said senior managing director Daniel Holmes. “The cap rate on existing product is trading at historical lows that will never probably be duplicated again in the size of the market we are in, buildings trading at 3 caps downtown.

There is a risk of a collapse in housing prices if oil falls to $35 US a barrel and remains there for five years, triggering unemployment of 12.5 per cent in Canada, according to Canada Mortgage and Housing Corporation.

Whenever home prices fall back to earth, Canada’s economy could lose a key pillar that’s helped drive consumer confidence. It’s called the wealth effect. Soaring home prices make us feel rich and we spend more money on that new television or other goods and services that help propel the country’s economic growth.

Will ghosts of housing crashes past haunt Canada? (BNN)

It turned into one of the most severe housing busts in recent memory. Between 1989 and 1996 prices in the Greater Toronto Area collapsed. In some neighborhoods, prices for some homes were cut in half. It would be more than a decade before they returned to their peak.

More than a third of homeowners struggle to pay the bills: survey (The Globe)

Nearly 40 per cent of Canadian homeowners say they have found themselves short of money to cover their monthly expenses at least once in the past year, turning to debt, cashing in savings or borrowing from family to pay the bills.

Inequality and the City (New York Times)
New York, New York, a helluva town. The rents are up, but the crime rate is down. The food is better than ever, and the cultural scene is vibrant. Truly, it’s a golden age for the town I recently moved to — if you can afford the housing. But more and more people can’t.
More Young Adults Live With Their Parents Now Than During the Recession (Wall Street Journal)
The share of 18-to-34-year-olds living with their parents was 31.5% as of March 2015, up from 31.4% last year, according to a report from the Commerce Department on Monday. In 2005, just 27% of young adults lived with their parents, a number that has climbed pretty steadily since then.
Chinese Cash Floods U.S. Real Estate Market (NY Times)
In the United States, the home-buying spree began on the coasts, where Chinese buyers snapped up luxury condos in Manhattan and McMansions in Silicon Valley, pushing up home values in big cities. It is now spreading to the middle of the country, where prices are more modest and have room to run.
International
A mixed bag of policies to solve Britain’s housing crisis (The Economist)
Can we fix it? IN A mini-budget delivered on November 25th George Osborne, the chancellor, declared three times that the Conservative Party was the party of the “builders”.
Ikea's flat pack refugee shelters housing thousands of desperate families across Europe as winter closes in (The Independent)
Thousands of flat pack refugee shelters are being sent around the world by Ikea as asylum seekers face freezing temperatures and worsening weather on their journey to Europe. On the Greek island of Lesbos, aid agencies say they are dramatically improving the living conditions of thousands of people who continue to arrive every day.

END_OF_DOCUMENT_TOKEN_TO_BE_REPLACED
This Week In Real Estate