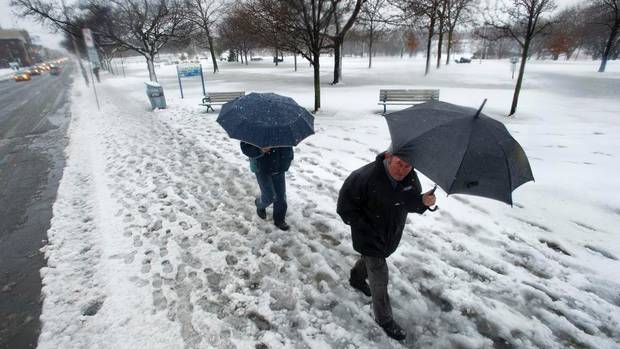 This week in Toronto: House hunters get an early jump in the new year, solutions for Toronto's community housing problems and the CMHC says Toronto's housing market is problematic.

Elsewhere: Canada's housing correction could already be happening, optimism in the United States and Denmark takes a controversial stand.

"The start of a new year typically lends a slight edge to buyers in the city’s hyper-competitive real estate market because fewer challengers are out and about. But house hunters in the Greater Toronto Area are more impatient than usual in 2016."

“In Toronto, overall strong evidence of problematic conditions reflects a combination of price acceleration and overvaluation,” the CMHC report said. “We are also monitoring for the potential emergence of overbuilding in Toronto due to the high number of condominium units under construction. Inventory management therefore continues to be necessary to make sure that these condominium units under construction do not remain unsold upon completion.”

The least affordable places in Canada are… (Global)

"The price of an average home in the Toronto area is now 6.7 times the annual median household income. In Vancouver, that ratio jumps to an eye-popping 10.8 — making the city one of the most expensive housing markets in the world."

"A report released Tuesday at city hall, suggesting reforms to how public housing is delivered, holds up Fernandes’ building, 220 Oak St., as a model for how to provide the direct help for vulnerable citizens that has been lacking for years. As the Star reported Tuesday, the sum of 29 recommendations contained the report, if implemented, would be the biggest change in governance since TCHC was formed in 2002."

"Senator Art Eggleton delivered his long-awaited task force report on Toronto Community Housing to Mayor John Tory on Tuesday at city hall. Details to follow, but first let’s stare this disgraceful situation in the face: The municipal government is essentially a slumlord."

"Those who are moving away from oil-producing regions are landing in cities where prospects are better – namely Vancouver and Toronto — something Kavcic says will keep pressure up on already lofty home prices in those cities this year."

"Dmitrieva's report looks at the building spree currently taking place in Waterloo, an Ontario town that is home to BlackBerry and has attracted Google and other tech startups. The town is billed as Canada's Silicon Valley."

"It’s a land grab," Wekerle, 52, dressed in a light gray three-piece suit and trademark sunglasses, tells the rapt crowd last weekend. "There were zero cranes when I first showed up there and there are 15 cranes in the sky now."

USA
What’s Next for the Housing Market? (Time)
"Economists are hopeful that housing market activity — and prices — will continue to perk up generally in 2016, due to a number of factors. The most important catalyst for housing is the improving economy and employment landscape. As Americans feel more confident about the economy and more secure in their jobs, they will be more willing to take the big step of home ownership."
Best Buy Cities: Where To Invest In Housing In 2016 (Forbes)

"To find out where investors might get the best bang for their housing buck, and where aspiring homeowners have the best prospects of making an economically sound purchase, we teamed up with Local Market Monitor, a North Carolina-based data company that tracks home prices and economic factors in more than 300 housing markets. The result is our list of 2016′s Best Buy Cities—the top 20 housing markets to invest in this year."

"The practice of home staging has long elicited strong reactions. Agents and professional stagers point to examples like the Sarro-Waite apartment, and say staging can usually help a home sell faster, and for a higher price, offering a larger return on the investment."

"People who have suffered tremendously, who have escaped war and conflict, who've literally walked hundreds of kilometres if not more and put their lives at risk by crossing the Mediterranean should be treated with compassion and respect, and within their full rights as refugees," said Stephane Dujarric.

Researchers used data from satellite images of the country taken every night from 1993 to 2013 to visualize the light emitted by 600,000 villages in India. Each yellow spot on the map shows how much light a particular village was giving out at a point on the timeline.

END_OF_DOCUMENT_TOKEN_TO_BE_REPLACED
This Week In Real Estate