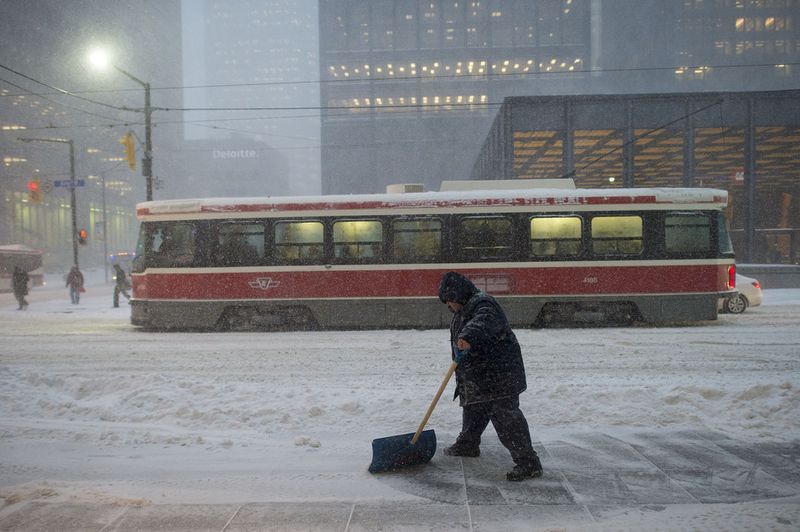 This week in Toronto: The wealth effect on the housing party in Toronto, is a price correction coming and the science of home buying.

“We expect increasingly strained affordability will begin to slow demand in the booming Toronto and Vancouver markets – which together account for 25 to 30 per cent of national sales,” said Adrienne Warren of Bank of Nova Scotia.

Is a housing price correction coming in Toronto and Vancouver? (Macleans)

Petramala said although foreign investment and immigration are likely to provide support to the Toronto and Vancouver markets in the months ahead, she raised concerns about whether sky-high home prices in those regions are sustainable over the long term.

What is beginning to change is a shift towards understanding the science of home buying. The science of home buying doesn’t help buyers with the art – the process of touring neighbourhoods, viewing houses and ultimately selecting one. Buying a home is a highly personal decision and technology is not going to help very much when it comes to picking the right house for you.

Toronto Community Housing (TCH) hopes to benefit from a new $92-million provincial investment in green-energy retrofits.The agency is among those expected to apply for the money that will help social housing services adopt clean technology and improve energy efficiency.

The Rise and Fall of Toronto’s Postwar Urban Planning (Torontoist)

The University of Toronto Mississauga historian’s exhaustive account spans from the 1940s, when Torontonians embraced government-led solutions for servicing a rapidly urbanizing country, to 1980, by which time citizens were firmly entrenched at the centre of the planning process.

Canadian Home Prices Soar 17% In A Year, But There Are 'Radical Regional Differences' (Huffington Post)

"On the flip side, sales and prices continue to retrench in markets exposed to oil prices. Sales in Calgary are now down more than 40 per cent from their 2014 high, but prices have corrected a modest 3 per cent to date."

The move's intended to keep housing prices affordable for anyone wishing to enter some of Canada's hottest real estate markets, like Toronto and Vancouver.

Some real estate listings in British Columbia are marketing newly built, potentially vacant properties as personal residences, a deceptive tactic that can encourage buyers to avoid paying the GST and enable sellers to avoid declaring capital gains on multimillion-dollar transactions.

Gains have slowed meaningfully across the country in key markets, and in some cases, have turned into outright declines. Which markets specifically? “Quite simply, any city or region exposed to oil prices,” BMO economist Robert Kavcic said.

The recent slide in housing starts has caught some analysts by surprise. Economists surveyed by Action Economics expected new housing starts to rise 1.6% to a seasonally adjusted annual rate of 1.17 million. Last month, economists expected an increase of 2.1%, but instead saw a decline of 2.5%. Still, housing starts are up 1.8% from this time last year, and 2015 was the strongest year for home construction since 2007.

The Problem of Resegregation in Suburbia (City Lab)

There were a lot of, I think, pretty formative experiences. One was running for the legislature. I was running in a district where part of it was resegregating and part of it was gentrified. The schools were changing really dramatically. I had a very strong sense, having grown up in this place, what it was like when it had integrated schools and neighborhoods.

Given his oft-repeated opinion that housing and schooling patterns in many parts of the U.S. reflect racial discrimination, and his urging that wealthy, predominantly white suburbs should house more poor people and people of color, it’s not surprising that the Twin Cities-based academic Myron Orfield has fierce critics.

In Jakarta you will — like as not — be reading this in a traffic jam. As your peers speed through bucolic countryside on their morning rail journey to London you will be crawling through gridlock at about 5.2mph. That is half the speed of an average New York taxi and it won’t be a relaxing drive: the average Jakarta driver stops more than 30,000 times per year.

When it comes to the EU, this difference is everything. Education levels are “an extremely strong predictor” of an individual’s views on the subject, stresses Robert Ford, an expert on public opinion: the more qualifications someone has, the more pro-European he or she is likely to be.

END_OF_DOCUMENT_TOKEN_TO_BE_REPLACED
This Week In Real Estate