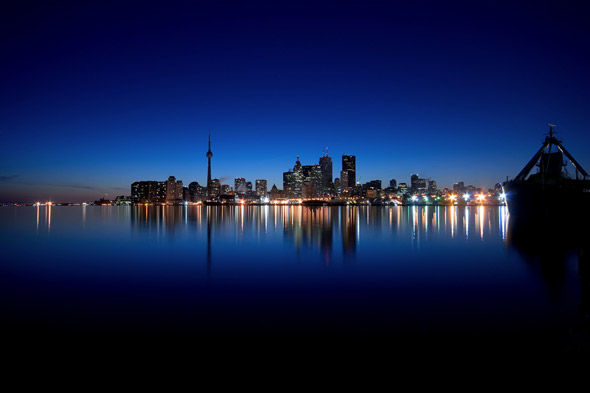 Week In Review: A Frenzy In The Suburbs + Toronto Eyes New Powers

This week in Toronto: A real estate frenzy in the city's suburbs, the mayor seeks new affordable housing powers and sales continue to charge ahead of expectations.

Elsewhere: Who is hot and who is not in Canada, America the unaffordable and how the 2016 budget did nothing to solve the UK's housing crisis.

Multiple offers for desirable houses have been common in the suburbs surrounding Toronto for more than a year now, but Mr. Lackie wasn’t sure if a neglected fixer-upper would inspire a frenzy or a revolt.

The city is eager to seize proposed provincial powers to require builders to include affordable housing units in all new residential projects, Mayor John Tory said Monday. With Toronto’s affordable housing crisis growing ever deeper, the days of waiting for developers to act voluntarily are over, he said.

Ontario municipalities will be able to mandate affordable housing in new developments under planned legislation that cities, including the "scorching" housing market of Toronto, are closely eyeing.

Vancouver and Toronto markets help drive home prices up 16.4% from a year ago (Financial Post)

The Canadian Real Estate Association raised its outlook for home sales this year as the Vancouver and Toronto markets continued to charge ahead of expectations in contrast to other cities.

According to Powell, the man, who acted as a potential buyer, arrived at her office, requested that they take a drive in his car to the Caledon, Ont., area at night to look at property and followed her in his vehicle after she left the office. She managed to lose him in traffic, she said.

Canadian housing markets: Who’s hot and who’s not (The Globe)

It all comes down to the Vancouver market. A national reading of Canadian home prices showed the fastest rise for a February since the recession, but it was all because of yet another sizzle in Vancouver. Prices rose 0.6 per cent in February from January, and 6.5 per cent from a year earlier, according to the Teranet-National Bank home price index released today.

CMHC hits roadblocks in review of foreign owners (The Globe)

Canada’s national housing agency is focusing efforts to collect data on foreign real estate investors by studying temporary residents, including international students studying in Canada, as well as Canadian citizens who live abroad. But it has run into resistance in its attempt to ask real estate agents, developers and lawyers to voluntarily provide information on international clients.

"The Canadian housing market remains a tale of three solitudes — the uber-strength in Vancouver and Toronto (and surrounding cities in both regions), ice-cold conditions in markets exposed to oil prices, and the just-right middle markets in almost every other region," Porter wrote in that report.

USA
America, the Unaffordable (The Nation)
Last summer, the Urban Institute issued a report on housing affordability across the United States. The central finding is shocking: There is no county in the United States that has enough affordable housing to meet the needs of its poor renters—­not one.
U.S. Inquiry Into New York’s Housing Authority Is ‘Very Expansive,’ Its Chief Says (New York Times)
Shola Olatoye, the Housing Authority chairwoman and chief executive, said that the federal Justice Department had been looking at “every facet of our operations,” and that since the inquiry began late last year the agency had provided a wide range of documents, including repair orders and training manuals.
The Fading Romance of America's 'Cinderella Homes' (City Lab)

“Until I photographed the houses, I hadn’t photographed many projects that didn’t include people,” Deveney writes in an email. “I think the houses worked for me because I saw people reflected in the things outside and around the houses. I loved driving and looking for little details (like a tiny metal elk) that revealed something about the people living inside, but not too much.”

The UK is in the grip of a housing crisis caused by a crippling lack of supply - yet it received not a mention. Nothing in the Budget hinted at how to bring house price inflation down to more manageable levels.

END_OF_DOCUMENT_TOKEN_TO_BE_REPLACED
This Week In Real Estate