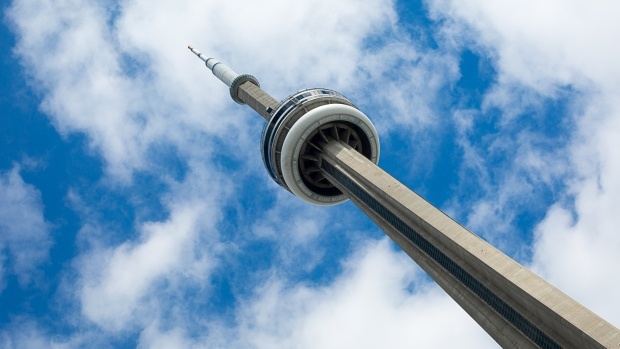 Week In Review: Poloz Sounds The Alarm In Toronto and Vancouver

This week in Toronto: Housing starts edge down in Toronto, the real problem with community housing and an affordable dream.

Toronto Housing Starts Edge Down in May 2016 (Market Wired)

Housing starts in the Toronto Census Metropolitan Area (CMA) trended lower at 37,324 units in May 2016 compared to 41,634 in April 2016 according to Canada Mortgage and Housing Corporation (CMHC). The trend is a six month moving average of the monthly seasonally adjusted annual rates (SAAR) of housing starts.

It isn’t that we haven’t been talking about social housing. Most everyone knows of the repair backlogs, safety issues, wait lists, funding models, concentrated poverty and the despair of the residents, and also that these problems have been deemed a crisis for global cities like Toronto. The problem is that we haven’t been talking about it in the right way.

Unlike many house sales in Toronto, she added, her house "didn't go for a crazy amount over the asking price." The home was listed for $800,000, but Schumann declined to say how much more they paid.

“When you have this many agents in Toronto, it’s important to stand out in some way, shape or form,” Filiatrault said.

Bank of Canada Governor Stephen Poloz gave one of his bluntest warnings to date about the country’s housing boom, saying Vancouver and Toronto buyers should realize strong price gains probably can’t be sustained by economic fundamentals.

"Rising home prices, uncertainty around being able to buy your first home or upgrade as you want to grow a family is a real drag on our economy and a real drag on Canadians’ opportunities.”

The federal government is conducting an in-depth examination of the country’s real estate markets as it decides whether more changes are needed to rein in escalating prices or curb the impact of foreign investment on housing affordability, Finance Minister Bill Morneau said Wednesday.

Moving on up? Not in this Canadian housing market (Reuters)

Kathe Sanz was optimistic when she and her husband started looking for a larger home. Their Toronto townhouse had nearly doubled in value since they bought it and their C$1.1 million budget seemed rich enough to move up the property ladder.

So when the couple began hunting for an apartment online from the Denver suburbs, where they were temporarily staying with Ms. Scheele’s parents, they had no idea what they were in for. “We’ve always ever rented apartments in a college town,” Mr. Coker said. “We knew the pricing was going to be insane, and we naïvely thought our budget would be $2,000 or $2,500, max.”

How Much Does Sprawl Cost American Commuters? (City Lab)

Combining the the 50 largest metro areas in the U.S., he found, commuters pay more than $107 billion annually, which is about $1,400 per commuter, on average. Those are the dollar costs of the number of additional hours Americans spend traveling to and from work due to sprawling land-use patterns—which, by their methodology, ends up being around 3.9 billion extra hours total, or 50 hours per worker, per year.

A huge surge in Chinese buying of both residential and commercial real estate last year took their five-year investment total to more than $110bn, according to the study from the Asia Society and Rosen Consulting Group.

Six months before he launched his presidential campaign, Donald Trump announced a new real estate project in Baku, Azerbaijan. The partner was Anar Mammadov, the son of a government minister suspected by U.S. diplomats of laundering money for Iran's military and described as "notoriously corrupt."

House prices 'expected to fall' in the short term (BBC)

Chartered surveyors are predicting a short-term drop in UK house prices over the next three months - the first fall in more than six years.

But the government has now decided to tax one segment of the population—owners of undeveloped land in urban areas. In cities like Riyadh and Jeddah, huge lots often owned by wealthy Saudis sit empty, with the owners waiting for property values to rise or using the land for speculative trading. “Land has been seen as a wealth-storage option,” Steffen Hertog, a professor of Gulf politics at the London School of Economics, tells CityLab. “This is due to the continuing appreciation of land values.”

END_OF_DOCUMENT_TOKEN_TO_BE_REPLACED
This Week In Real Estate