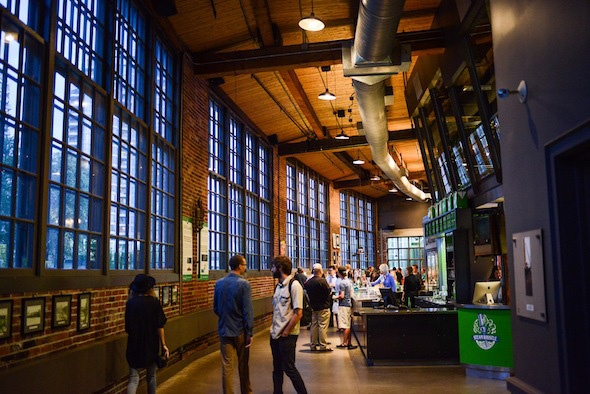 This week in Toronto: Another record for the Toronto housing market, the TTC warns homeowners in Scarborough and the Downtown relief line gets new funding and a route.

Elsewhere: Debt continues to rise for Canadians, home prices climb in the United States and homeowners in China find themselves in a land of doubt.

The Toronto area’s real estate market set a new record last month, with nearly 13,000 homes sold. That’s up 10.6 per cent from May 2015 in what was already one of Canada’s hottest real-estate markets.

Residents on a quiet Scarborough street, some who have lived there for four decades, have received letters from the TTC warning them their houses might be expropriated to make room for the new subway extension.

Downtown relief line gets new funding and a route (The Star)

The downtown relief subway line is one step closer to becoming a reality, after city planning staff identified the preferred route for the transit project this week and the provincial government announced funding to design it.

Breaking the cycle on Toronto housing (The Star)

The fact that the waiting list for affordable housing is up to 10 years suggests that having access to affordable housing is not resulting in people getting out of poverty. People are staying in the housing units longer than they should be because of precarious employment practices and the rising cost of rent to live elsewhere.

Why debt hits close to home (The Globe and Mail)

The data show that neighbourhoods where household debt is the highest and has risen the most tend to be home to the country’s most expensive real estate, as well as parts of Alberta that have seen an influx of young, first-time buyers. Meanwhile, households in Atlantic Canada, where home prices are among the lowest in the country, have the highest consumer debt balances.

'What would Trump do?': Bay St. urges Ottawa to target foreign homebuyers (BNN)

More than three dozen of the country’s most well-known money managers were surveyed by BNN about whether further intervention is needed to cool Canada’s two hottest housing markets. Only about half – 19 out of 39 regular guests on Market Call and Market Call Tonight – said yes, with 16 saying no, and four warning the government would need to tread carefully.

'We’re in a bubble': Record home sales in Toronto and Vancouver intensify fears of overheating (BNN)

“I would define it as a bubble,” the Turner Investments portfolio manager said on BNN Friday morning. “When you look at the year-over-year increases relative to rents, relative to underlying fundamentals – we’re at stratospheric valuations, if you will. So I would say we’re in a bubble.”

Solid job growth, modest increases in wages and salaries, and low mortgage rates are feeding Americans’ willingness to buy homes. Yet there is also a limited supply of homes on the market, which pushes up prices.

Analysts have been scrutinizing remarks by all Federal Reserve officials over the past few months for a hunt of when the next interest rate hike might occur. The US central bank is expected to announce two to three interest rate hikes this year after it increased rates in December for the first time in nearly a decade.

Businesses are disappearing, too. There used to be four gas stations, three grocery stores, three car dealers, and a lumber mill. Now, there’s just one restaurant in town open at night. The nearest hospital is more than an hour away. The nearest city, Bend, is two-and-a-half.

International
In China, Homeowners Find Themselves in a Land of Doubt (NY Times)

Chen Furong and his wife bought their home 23 years ago for its proximity to the city center and for the tree-lined canal just outside. Their dream was to pass it on to their children and grandchildren, a piece of wealth giving their family a share of China’s economic miracle. Then their neighbor tried to sell her place — and it was all thrown into doubt.

Haidar has been waiting for six months in a 270-square-foot cabin he shares with three other people. He's one of the lucky ones—some people share the same sized space with 11 others, while other cabins are only 130 square feet. They're all living at Tempelhof in Berlin. The former airport was originally built in 1927 and dramatically expanded by the Nazis in the 1930s. It's infamous for its iconic architectural design, enormous size, and its role as a lifeline for the people of West Berlin during the Berlin Airlift. Today it houses 1,300 refugees waiting for more permanent housing and integration into society. The people living here are theoretically only meant to stay for six weeks, but due to a lack of available accommodation, many people I spoke to when I visited had been there for over six months.

In Toronto: In Toronto and Vancouver many own more than one home + homebuyer complaints on the rise.
Read More
Safe Investments

END_OF_DOCUMENT_TOKEN_TO_BE_REPLACED
This Week In Real Estate

In Toronto: The condo market sales spring back to life while vacancies remain high and is the...
Read More
This Week In Real Estate

In Toronto: All eyes are on potential housing market measures in Canadian federal government's...
Read More