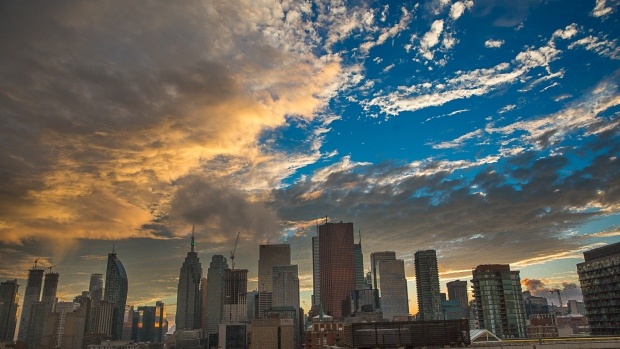 Week In Review: 905 Heats Up + Changes for Canada's Housing Market

This week in Toronto: Blue-collar communities in the 905 area code feel the affordability crunch, housing starts decline and Ontario is urged not to follow BC's lead.

Elsewhere: Predictions of change and pain for Canada's housing market, the United States needs better housing policies and how the refugee crisis is remaking Europe.

The search for affordability in the Toronto region's hyper housing market is changing the character of some traditionally blue-collar communities in the 905 area code around the city, according to one of Canada's biggest real estate brokers.

Toronto was an exception, with the seasonally adjusted rate dropping to 30,232 units from 40,406 units in August -- mainly as a result of fewer apartment starts. Canada's most populous city helped pull down Ontario's overall activity to 67,426 housing starts in September, from 70,262 units in August. Several smaller Ontario cities also recorded but others showed gains.

The Ontario government needs to focus on the supply side of housing to tackle affordability issues in the Greater Toronto Area while steering clear of taxing foreign buyers, says Tim Hudak, the Ontario Real Estate Association’s incoming chief executive officer.

Travellers looking for a bargain find their way to this property “in the heart of downtown Toronto” via online lodging site Airbnb, where host “Silvana” offers 12 units starting at $34 for a “simple room with a single bed” to $100 a night for a room with two double beds.

Canada’s finance department projects home sales could fall as much as 8 per cent in the first year after new housing regulations are implemented, before rebounding, based on an analysis using historical data.

Canada's housing markets: Well, that was fun (The Globe)

The federal government’s new tax and other measures, unveiled this week, follow heightened angst over the state of the Vancouver and Toronto markets, and a Globe and Mail investigation into the flipping of properties in the Vancouver area.

Change and pain are headed for Canada’s housing market (Macleans)

Earlier this month Canada’s Finance Minister Bill Morneau unleashed a three-pronged attack on the housing bubble in Canada. These measures are substantial. If successful, they will improve tax fairness, introduce risk-sharing for lenders and restrain runaway house price inflation in Toronto and Vancouver. But significant collateral damage seems inevitable as these changes strike at the heart of the factors that are driving the housing industry.

One contributing factor to the slower sales pace in Vancouver was the Government of British Columbia’s new 15% property transfer surtax on foreign nationals and foreign-controlled corporations, introduced early in the third quarter. But even with the slower pace of sales, prices have yet to drop. In fact, the west coast city actually led the country in year-over-year appreciation with home prices increasing by 30.6% in the third quarter.

Today, nearly 20 million renter households qualify for federal rental assistance, but only one in four receives it. There is simply not enough money appropriated by Congress to cover everyone who qualifies for rental assistance. In contrast, all qualified homeowners filing an itemized tax return receive the mortgage interest deduction, regardless of their income. The United States needs a more balanced housing policy that invests equally in homeownership and rental housing.

Old Anger and a Lost Neighborhood In Charlotte (City Lab)

Charlotte, once a cotton mill town, now a major financial hub, has always been adept at reinvention. It’s been equally adept at burying its past. Uptown skyscrapers, luxury apartments and construction cranes testify to prosperity. You’d never know that this town was once part of the Confederacy, that slaves made up 40 percent of the population at the start of the Civil War. And unless you happen upon a historic marker, you’d be unaware that Brooklyn was once the heart of black Charlotte, a city within a city, like its New York namesake.

As the refugee crisis unfolds, however, architects and designers have begun to take up the challenge of providing more suitable accommodations for Europe’s newest migrants. “Until two years ago, architects weren’t even talking about this problem unless they worked for an international aid organization,” says Herz. Now, the sudden arrival of millions of people has created a real-world testing ground, spurring architects to develop a host of innovative approaches to erecting flexible, low-cost housing.

“The rest of the country will drive growth, notably the mountains and the seaside. Cities like Marseille, Bordeaux or Lyon will drive volumes but the fastest growth will come from lesser known, isolated places which often lack any hotels.”

END_OF_DOCUMENT_TOKEN_TO_BE_REPLACED
This Week In Real Estate