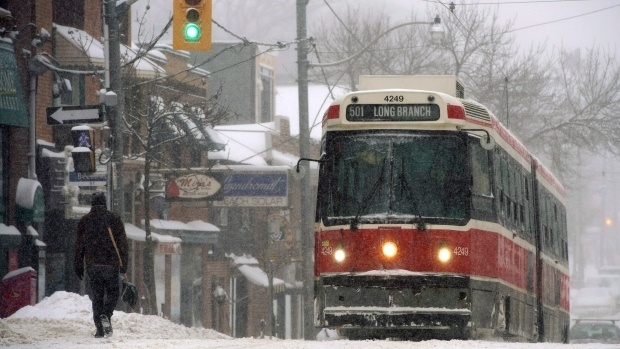 This week in Toronto: Luxury home sales are booming, the real estate industry pushes for increased supply and the majority of Torontonians oppose a land transfer tax hike.

Elsewhere: Regional disparities in Canada are expected to narrow in 2017, Ben Carson faces the senate and giving cities room to breathe and innovate.

“Local demand remained the primary overall driver even as international demand, particularly from mainland China, continued to play a key but secondary role,” according to a new report by Sotheby’s International Realty Canada.

Aspiring home buyers in the Greater Toronto Area who are wondering just how they’ll be able to afford to get into the real estate market in 2017 are going to find lots of industry players in their camp.

Such a move would actually cost the average city home buyer an additional $750 on the $11,000 in municipal land transfer they already pay when they buy a home in Toronto. That’s in addition to about $12,000 in provincial land transfer tax.

"We ended up selling it for a good $75,000 more than what that agent had brought before it went on the market," Brown said. And "that agent who came in with the original offer to them, was nowhere to be seen."

The Victoria Real Estate Board says a repeat of last year’s record-smashing property sales that saw constant bidding wars on southern Vancouver Island is not in the forecast for 2017. But prices are expected to continue rising amid a market of too few available homes.

"The disparity in home price appreciation between Canadian regions has never been greater than that seen in 2016, with rates ranging from double-digit extremes in some cities to negative growth in others," Phil Soper, president and CEO of Royal LePage, said in a statement.

‘Bank of mom and dad’ has growing hand in real estate market thanks to first-time buyers: report (Financial Post)

However, a new survey from ratehub.ca did shed some light on the family financing and found 42 per cent of first-time buyers in British Columbia received some type of assistance from kin. Thought not directly linked, the same survey found 45 per cent of first-time buyers in the province, where the average existing home sold for $625,871 in December, were able to put down 20 per cent or more down on a home.

Is Montreal a seller's market? Depends if you own a home or condo (CBC)

The Montreal market was especially favourable toward homeowners selling single-family houses, since buyers tend to be drawn in by the relatively affordable prices compared to other Canadian cities.

Dr. Ben Carson, nominee for secretary of Housing and Urban Development, sought to assure a Senate committee Thursday that there was a real "nexus" between health and housing, and that makes the neurosurgeon more than qualified for the job.

Their move, however, is not as uncommon as you might think. As housing costs — both buying and renting — remain high in many parts of the United States, some people are finding trailer homes to be an affordable option.

Rather than bulldoze a factory to make way for the wider footprint, the stakeholders leaned towards demolishing Swansea Elementary. In 2011, the state and the city launched a year’s worth of community workshops focused on deciding the school’s new location. The proposed site: right near the railroad tracks a few blocks away, where slow-moving freight trains regularly cut off schoolchildren on their way to class.

It’s not just about the funding. Babb and Agrell agree that learning from other cities will be a huge benefit. “The problems Toronto is facing—issues around housing and social equity—every big city is going through some of the same things,” Agrell says. “And I think there's such an opportunity for information sharing through program like this. We can learn what people are doing—what works and what doesn’t work.”

U.S. real-estate investment firm Starwood Capital Group has made its first foray into Britain’s student housing market, where demand has been booming as investors hunt for yield.

END_OF_DOCUMENT_TOKEN_TO_BE_REPLACED
This Week In Real Estate