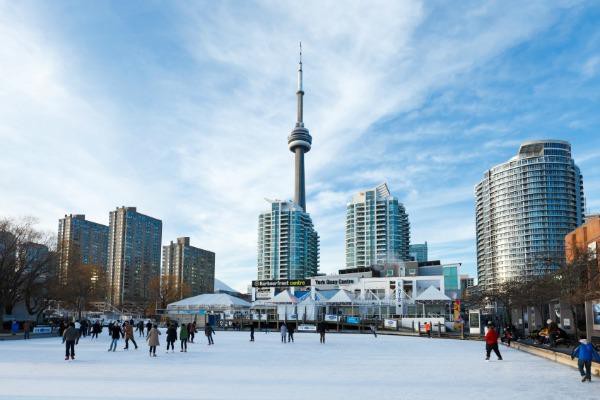 Week In Review: Condo Demand Heats Up + A Million Dollars For A Tear-down

This week in Toronto: Demand for downtown condos heats up, a million dollars buys a tear-down in Greektown and the budget is balanced thanks to the housing market.

Elsewhere: A loophole in Vancouver's foreign buyers tax, popping the housing bubble in the American mind and why Brexit could thwart May's housing plans.

Toronto's Realosophy president John Pasalis is among those who fear the Vancouver experience is happening here.

"Most agents' biggest concern is obviously not immigrants. It's the fact that when you have wealthy non-residents using homes as a safety deposit box it's not good,” he said. “It drives up house prices in Toronto and makes everything unaffordable."

Bidding wars and offers that are well above the list price are commonplace in the GTA’s skyrocketing housing market, said John Pasalis, president of brokerage Realosophy Realty Inc. “People are getting a little too excited,” Mr. Pasalis said in an interview.

Demand for downtown Toronto condos heats up (The Globe and Mail)

For people vying to get into Toronto’s real estate market in January, it seems that patiently waiting for the quintessential three-bedroom house was not part of the plan.

Toronto's budget is balanced, and the city can thank the housing market (CBC)

The city has balanced 2017's books — something it's required to do — by relying on huge proceeds from the Municipal Land Transfer Tax (MLTT) and borrowing from reserve funds instead of increasing property taxes, which are set to remain at 2 per cent.

Toronto is becoming a condo city. For some, buying a condo is a means to a life full of urban pleasure; for others, it's a source of headaches and disappointment.

An approach Tirulokan is using for some properties, often older homes with the potential to renovate or rebuild, is what he calls a "joint venture" between the homeowner and developer. "They have an agreement in place where after the property sells, after the development is done, they share the profits," Tirulokan said outside of a Rushton Road home in Toronto he's attempting to sell using this method.

The rationale for the BC Liberal government to offer exemptions is sound, assuming that the goal of the tax is to improve affordability by preventing foreign capital further skewing a market that had become detached from local incomes (and is not, say, a pre-election political tactic). People who live and earn locally should not be unfairly punished.

Census 2016: Western provinces’ populations are the fastest-growing in Canada (The Globe)

For the first time since Confederation the three Prairie provinces all rank at the top of provincial growth charts, nosing out a slowing Ontario. British Columbia, in fourth place, also grew at a rate higher than the national average. Nearly one in three residents now live in Western Canada, the highest share ever recorded.

The couple — he’s an Internet marketer, she’s an environmental engineer — couldn’t see themselves living in a shoebox crammed full of baby stuff, so they pulled up stakes, put their condo up for sale and moved about four hours away to Kamloops, B.C., where they bought a four-bedroom house for nearly the same price.

Canadian house-price gains slow in December, amid cooling in Toronto and Vancouver (Global)

Canadian new home prices rose less than expected in December amid a pause in price growth in the hot markets of Toronto and Vancouver, though home values continued to rise in several regions in Ontario, Statistics Canada data showed on Thursday.

Suppose there were a way to pump up the economy, reduce inequality and put an end to destructive housing bubbles like the one that contributed to the Great Recession. The idea would be simple, but not easy, requiring a wholesale reframing of the United States economy and housing market.

In his paper, Hankinson examined attitudes towards new development in a national survey with over 3,000 respondents, and then juxtaposed it with a poll of over 1,600 San Francisco voters. Overall, he found, homeowners were indeed more likely to go Full NIMBY: In the national survey, only 28 percent of homeowners supported a citywide increase in housing. For renters, this was 59 percent.

My first trip to the Robert Taylor Homes—a high-rise housing project on Chicago’s South Side—was after a shooting. Dust blew everywhere because there was no grass to hold down the dirt. The elevator was covered with graffiti and stank of urine. There were police cars and an ambulance in front of the 16-story building, which was one of a complex of 28 concrete towers that comprised an enormous public housing development. At one point, more than 20,000 people lived there.

A continued failure to build enough homes has in large part caused this crisis. The Economic Affairs Committee in the House of Lords estimates that we need to build 300,000 new homes a year to solve it, and the government’s own target is to build one million by 2020—equivalent to 200,000 per year. Given the number of homes built over the last two decades stands at an average of 150,000 per year, meeting that target was always going to be a challenge.

England’s housing market is broken, the government has admitted, with home ownership a “distant dream” for young families, as it unveiled a white paper promising a fresh wave of home building.

END_OF_DOCUMENT_TOKEN_TO_BE_REPLACED
This Week In Real Estate