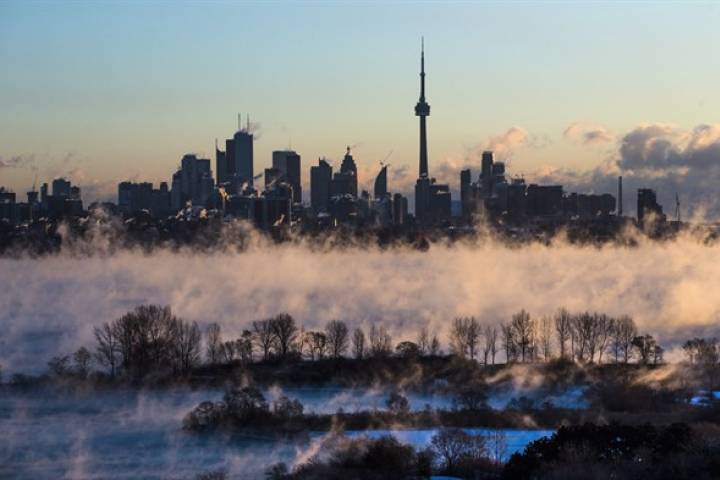 Week In Review: The Toronto Bubble Is Real + What Drives Housing Prices?

Elsewhere: Immigration from abroad and the rest of Canada adds to Ontario's housing crunch, a Portland start-up smashes barriers to affordable housing and renters find relief in Germany's priciest cities.

An unprecedented imbalance between the supply and the demand for Toronto-area homes is exerting a disproportionate impact on the national picture, according to the Canadian Real Estate Association (CREA).

John Pasalis, president of brokerage Realosophy Realty Inc. in Toronto, is also sounding the alarm. “You need to be cautious if you’re buying now, and be careful what you’re spending because the market looks very heated and GTA prices are arguably going up too fast,” Mr. Pasalis said in an interview. “The problem with our prices has just as much to do with domestic speculators as foreign ones.”

“Let’s drop the pretence. The Toronto housing market — and the many cities surrounding it — are in a housing bubble,” BMO Chief Economist Doug Porter wrote in a note to clients Tuesday.

So what’s driving the market? Wild-eyed speculation, according to David Madani, an economist at Capital Economics and a noted housing bear. Madani released a report Friday saying that imbalances in the housing market are worsening, and could become a drag on the nation’s long-term growth. Investment in housing, which has supported the Canadian economy through recent tough patches, has reached and remains near record highs.

The affordability crisis in Toronto and surrounding regions stands in stark comparison with a 2.9 per cent year-over-year decrease for Calgary’s home prices and 1.0 per cent dip in Saskatoon. Regina, Ottawa, and Greater Montreal recorded unremarkable increases, roughly between 3 and 4 per cent. And with Vancouver prices continuing their gentle decline from their August peak, Victoria and Vancouver Island were the only areas outside Ontario to see strong growth.

"Canadian homebuyers face some challenges this year, including new mortgage rules that make it harder to qualify for a mortgage and regulatory changes that will push up mortgage financing costs," CREA president Cliff Iverson said in a release.

Relying on rising home prices could be a fool's strategy: Don Pittis (CBC)

But if averages mean anything, Canada as a whole has reached a turning point where, on average, one of the strongest justifications for paying more than you can really afford for a home has disappeared.

Poole launched NoAppFee.com in beta in 2015. This version was targeted at the general housing market, not just affordable-housing seekers. Eight Portland-area management companies agreed to participate and provide their open units—at, above, and below market rates—and screening criteria to Poole and his team. They paid nothing to include their listings (about 80 at first); renters had to enter their Social Security number and date of birth and pay $35 for a credit and background check, refundable once they have paid the first month’s rent. In return, they’re matched with all vacancies that they qualify for, automatically.

Why Does It Cost So Much to Live in California? (NY Times)

The broader point — which isn’t remotely controversial — is that California cities have some of the most restrictive building laws in the nation, and this is a big reason why the state’s per capita home supply is 49th out of 50 states, and why it costs so much to live here.

“If we don’t continue these programs, we’re going to see a lot of displacement, a lot of gentrification and people being pushed out of their communities,” Mr. Acklin said. “Without those federal investments and tax credits, it would be catastrophic to plans like Mayor Peduto has to keep Pittsburgh affordable.”

International
In Germany's Priciest Cities, Renters Should Finally Get Some Relief (City Lab)
Amid a real estate slowdown in Germany’s seven largest cities, ZIA predicts that the cost of new rental contracts will soon slide in Berlin and Munich, and possibly in Hamburg as well. Legally permitted rent increases on existing contracts should follow soon after, and within five years, the cost of buying a home in these cities could drop sharply, although the report does not predict by how much. This drop is guaranteed in Berlin, highly likely in Munich, and possible in Hamburg and Frankfurt, according to the report.
Spain's Littered With Unsold Homes. This U.S. Firm Wants to Build More (Bloomberg)
Neinor Homes, bought in 2014 by the Dallas-based investor, aims to become one of Spain’s biggest homebuilders by increasing construction in big cities where the housing stock is running low, according to Chief Executive Officer Juan Velayos. Competition is thin after the 2008 real estate collapse wiped out about half the company’s competitors and made banks reluctant to finance development.
Realosophy Realty Inc. Brokerage is an innovative residential real estate brokerage in Toronto. A leader in real estate analytics and pro-consumer advice, Realosophy helps clients make better decisions when buying or selling a home.  Email Realosophy

END_OF_DOCUMENT_TOKEN_TO_BE_REPLACED
This Week In Real Estate