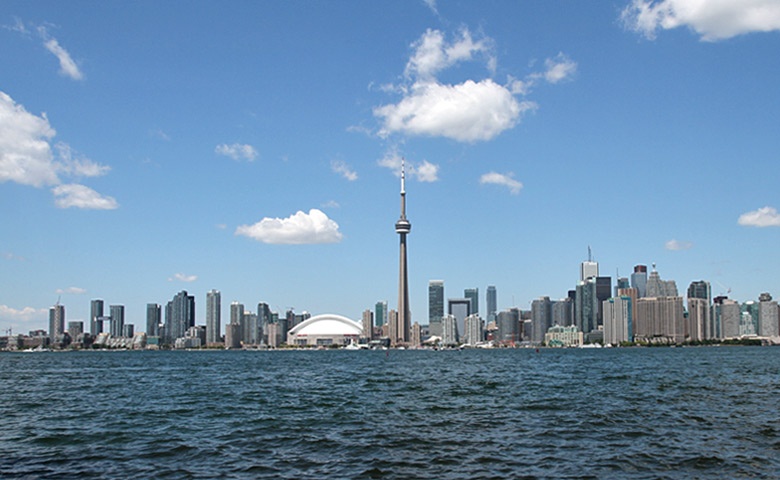 Week In Review: Toronto Housing Market Heading For Paralysis? + A Warning For Realtors

This week in Toronto: Runaway housing market heading for paralysis, a new culprit for the housing bubble and realtors warned about handling pre-emptive offers.

Capital Economics is stirring the housing pot again, this time suggesting Toronto’s growing housing bubble can be blamed on move-up buyers who are leveraging equity in their existing homes.

In his note, Porter elaborates that a “supply shortage” isn’t the cause of overheating. Specifically, he wants the building community to know housing starts for Toronto and Vancouver hit an annualized rate of 70,000 units recently, or “an all-time high.”

One reason existing homeowners aren’t listing their houses for sale is that the cost of moving is so high. It takes a huge investment to make the jump to a larger property or a more coveted location. There are commissions and legal fees to pay. Land-transfer taxes are levied by the province and the City of Toronto.

It’s not enough that Toronto area home-buyers are facing competition so fierce that list prices have become virtually meaningless and bully or pre-emptive offers are increasingly the norm.

Millennials are ‘generation screwed’ on real estate (The Star)

Millennials want to be home owners. Eight in 10 consistently say that home ownership is important to them, real estate is a good investment, and owning a home gives them a sense of pride. But millennials also say that owning a home is more difficult now than it was for their parents. They have a point.

Allan Thompson should know. His town, like many others that ring around Ontario’s capital, has become a launching site for new communities as people priced out of the core look to the suburbs (or what was once rural) for slightly cheaper housing.

'Feeling squeezed out': Will a move to save Vancouver's housing past compromise its future? (CBC)

Are up to 12,000 pre-1940 homes — an immense swath of the city's housing supply — worth preserving at the expense of a younger generation of people who feel they'll never be able to afford them?
Inner-city housing project dies without provincial help (CBC)

An affordable housing project slated for a surface parking lot near city hall is dead after two successive provincial governments declined to fund the project. In 2012, city council voted to sell a surface lot west of Paulin Street to the non-profit Winnipeg Housing Rehabilitation Corp., which planned to build a 100-unit high-density housing project on the plot.

The majority of people used personal savings for their down payment, but there were increases of informal loans. 51% of of people used their own savings, a number not seen since before 1990 when the rate was 54%. This was followed by loans from a financial institution (19%), and the “Bank of Mom and Dad.”

The effect of the mass deportations outlined in Department of Homeland Security memos released this week may not only affect real estate values at the lower and middle end of the housing market, they warn: they could resonate up to the top of the housing chain, testing the entire system in ways that are both novel and not clearly understood.

Anatomy of a NIMBY (City Lab)

California offers an ideal case study in the effects of NIMBYism on housing prices. Its major metros—Los Angeles, San Francisco, Silicon Valley, San Diego, Santa Barbara—are some of the most expensive in the nation. They combine high levels of productivity and high levels of amenity—two factors which create the high demand which puts pressure on housing prices, and have fallen victim to harsh land use restrictions.

Making $50,000 a year and still barely getting by in Boston (Boston Globe)

In relation to her income, Guerrier’s expenses are staggering. The $2,500 rent for her house swallows up nearly 60 percent of her gross income, close to double the maximum amount recommended by experts. When she adds in utilities, day care, cellphone, Internet, and groceries, her expenses sometimes exceed her regular income by several hundred dollars a month. She estimates she’s more than $17,000 in debt, though much of that is from utility accounts and credit cards opened in her name without her knowledge. Another large portion is made up of money she borrowed from friends.

International
What's Wrong With Sweden? (City Lab)
The more sensational sections of the Scandinavian media have sometimes painted Malmö as some kind of dangerous urban trash-fire, powered more recently by its role as an arrival point for refugees coming across the Oresund Bridge.
China can stabilise homes prices, tax plan under way (Asia Times)

“We are aware that the property market faces many contradictions and problems in 2017, and there are increasing uncertainties,” Chen said. “But I believe the positive aspects outweigh the negative ones and we have the ability and methods to stabilize the market.”

END_OF_DOCUMENT_TOKEN_TO_BE_REPLACED
This Week In Real Estate