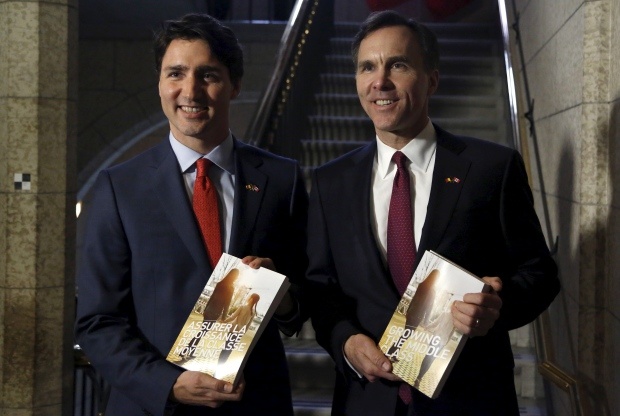 Elsewhere: What the Canadian federal budget means for housing, where the American dream goes to die and a grassroots fight against gentrification in Berlin.

I had to innovate a reasonable way to get a look at the investors I was interested in so to quantify this investor demand, I looked at every freehold house (detached, semi and rowhouse house as opposed to condo) that has sold over the past five years and then checked to see what percentage of buyers listed their property for rent shortly after taking possession.

The study was undertaken by Realosophy president and broker John Pasalis, who noticed a twist in market psychology. People began moving from the time-honoured principles of real estate investing – that the cash flow from renting out the property should cover the expenses – to the assumption that it was okay to lose money every month because bigger gains would come from the sale of the property later on.

“What was unusual is that, unlike regular investors, many of them were not particularly concerned about the rental income they could generate and were even willing to buy a property that didn't earn enough to cover all expenses,” Pasalis wrote in a blog.

A term that’s circulating more often is the “marginal” buyer. These are the outliers who pay huge premiums over the “consensus price” that experienced agents would come up with based on previous sales and micromarket factors. Even though they make up only a small subset of buyers, they determine market value.

“Uncertainty in the housing market has been partially driven by speculation,” Sousa told the house on Monday after sending an open letter to Morneau imploring him to act. “I’ve sent a letter to the federal minister of finance to request that the federal government consider increasing the capital gains inclusion rate for non-principal residences,” the provincial treasurer said.

At her posh office in Bloor West Village, psychotherapist Toni Gordon says even among her more affluent clientele, 50 per cent of the people she helps now cite housing expense or instability as a major source of stress on their mental health.

Federal budget highlights: 10 things you need to know (The Globe)
The budget promises to give Statistics Canada almost $40-million over five years, and $6.6-million per year after that, to develop and implement a Housing Statistics Framework.
'Unprecedented uncertainty' in high-end real estate: Sotheby's Canada (CTV)

Toronto is expected to continue to lead the pack in sales of homes worth over $1 million, while Vancouver's high-end home sales will continue to normalize. Calgary's market is forecast to continue its cautious recovery from the oil price shock and sales in Montreal are anticipated to grow modestly, according to the report.

Solving the enigma of Canada’s housing bubble (The Globe)

If you’re already a homeowner, it’s wonderful. If you’re a young person, an immigrant or middle-class, it’s depressing. If you’re an economist or a banking regulator, it’s terrifying.

Seismic cultural shifts that occur as one immigrant population eclipses another are a classic part of New York life and are now responsible for dim sum and dumplings outnumbering pizza joints and spumoni shops. Yet rapidly rising rents and the frenetic pace of gentrification are resulting in a parallel form of Chinese migration, focused on money: foreign buyers, including extended members of Chinese families, who view Brooklyn real estate as a secure, high-return investment.

Jack McCabe, a South Florida real estate analyst, said it’s premature to make broad claims about the impact of Airbnb because it hasn’t been around for long and only represents a slice of the residential market.

Where the American Dream Lives and Dies (City Lab)

How will these embattled American Dream-seekers fare under the new presidential administration? Trump seeks to cut key programs that offer food and rental assistance in poor urban and rural populations and foster economic development in Appalachia, and the GOP health care plan, experts say, will particularly hurt older, low-income rural voters. In other words: Some of the economic conditions have led voters to put their trust in Trump are likely to be exacerbated further by his administration’s policies.

“Massive crowding is happening to the extent that a lot of people can’t pay their rent, or they are having their leases canceled for the slightest triviality,” said Sara Walther, one of the organizers, stubbing out a rolled cigarette. “People are finally starting to defend themselves.”

Every year China investors are given the warning that Shanghai housing prices are out of control. They have been rising precipitously now for at least a decade, with an average 1,000 square foot apartment in Shanghai going for $725,000, or around five million yuan. Shanghai's average salary per month is 7,108 yuan ($1,135) or 85,300 yuan a year. That puts local property in Shanghai at about 50 times median salaries in the city. Housing costs in Shanghai are unsustainable.

END_OF_DOCUMENT_TOKEN_TO_BE_REPLACED
This Week In Real Estate