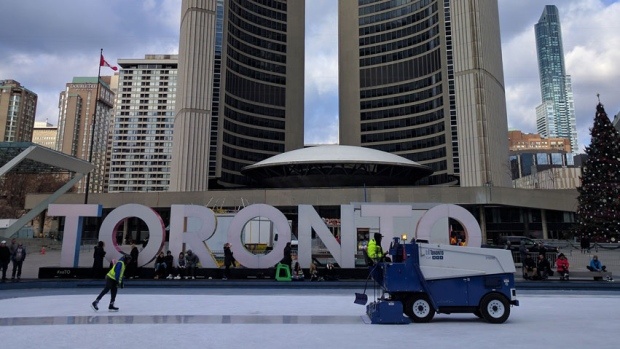 Week In Review: A 'Vancouver Style' Cooling for Toronto + Sticker Shock Sets In

This week in Toronto: The housing market may need a Vancouver style cooling, home prices are in line with other world cities and sticker shock sets in.

Toronto’s housing market may need a Vancouver-style cooling: RBC (The Globe and Mail)

In an interview, Royal Bank of Canada CEO Dave McKay said he has grown increasingly concerned about the country’s largest housing market, where average detached-home prices have soared more than 26 per cent in the past year, while condo prices have jumped more than 14.5 per cent.

"In Toronto, I would say the majority of foreign interest on residential, especially high rise. . . It's families. They've got students in university here, they've got other relatives here, they've got one spouse here. They're buying additional residential real estate because they believe in the investment grade quality of the product," he said.

Sticker shock sets in (The Globe)

Scott Wilson of Bosley Real Estate made note of the sale for his Facebook followers. In no time, his casual mention had burgeoned into a fervent debate about Toronto’s real estate market, with neighbours, prospective buyers and other agents joining in.

Why Toronto's condo rental market is described as 'ridiculous' (CBC)

Can anything be done to cool Toronto's hot rental market? (CBC)

A look at the data on the cost of renting in Toronto over the last 30 years shows other steep rises in rent in the late 80's and then again in the late 90's and early 2000's, she said in an interview.

What Toronto's average monthly rent of $1,800 gets you in cities Canada-wide (CBC)

For just shy of $1,800 per month, you can settle into a one-bedroom, one-bathroom, 535-square-foot unit in Yaletown in downtown Vancouver. According to the PadMapper listing, the unit includes a washer, dryer and dishwasher. The building amenities include a gym and playground.

Protecting purchase history data: What would virtual office websites do with it? (REM Online)

The brokerage’s desire to display the sold data, “(Is) rooted in this idea that the more information consumers have at their fingertips, the better decisions they can make,” says Pasalis.

Brian Porter, who was asked about his outlook for the Canadian mortgage market during a conference call to discuss the bank’s first-quarter results, said he’s supportive of recent government changes introduced to reel in house price growth.

“This submission has questioned whether a deductible is the most effective way to rebalance risks within the housing finance system,” the Canadian Bankers Association said in a report Tuesday. “The industry believes that policy alternatives should be considered to achieve the same ends, but are simpler and less disruptive to the existing lending structure.”

Medicine Hat is on the leading edge of a countrywide effort to end homelessness through the “housing first” strategy, developed nearly 25 years ago by a Canadian in New York by which anyone identified as homeless is offered a home without preconditions for sobriety and other self-improvement that keep many people on the street elsewhere.

The Housing Crisis Is a Building Crisis (City Lab)

There’s at least one thing many urbanists and Donald Trump appear to agree about: America is indeed stuck in a building crisis. Its infrastructure is dilapidated and failing, and housing prices are surging in a superstar economy in part because we don’t build enough of it.

Mr. Carson’s views worry many of his critics who believe the federal government should be doing more, not less, for the nation’s cities, where glittering downtowns and increasingly gentrified neighborhoods are often surrounded by areas of poverty and violence, with predominantly residents of color.

In an unprecedented situation, that has never before happened in history. Russia outranked all Latin American and International countries, searching for real estate in Miami, second month in a row, according to Miami Association of Realtors.

International
Australian housing market crash could lead to broader downturn, OECD warns
The OECD attributed this boom to domestic buyers rather than foreign investment, and recommended government policy should pressure banks to limit mortgage lending for investment properties, and avoid risky loans - echoing 2014 already put in place by the Australian Prudential Regulation Authority.
Britain is one of worst places in western Europe for asylum seekers (The Guardian)
The analysis found that Britain takes fewer refugees, offers less generous financial support, provides housing that is often substandard, does not give asylum seekers the right to work, has been known to punish those who volunteer and routinely forces people into destitution and even homelessness when they are granted refugee status due to bureaucratic delays.
Asia's Fastest Growing Economies Have the Fastest Growing Slums (Bloomberg)
About 55 percent of the urban population live in shantytowns in Cambodia, 43 percent in Mongolia, 41 percent in Myanmar, and 38 percent in the Philippines, according to World Bank data that covers East Asia and the Pacific. The ratio is more than 20 percent in Vietnam, China and Indonesia, which are among the fastest-growing economies in the world.
Realosophy Realty Inc. Brokerage is an innovative residential real estate brokerage in Toronto. A leader in real estate analytics and pro-consumer advice, Realosophy helps clients make better decisions when buying or selling a home.  Email Realosophy

END_OF_DOCUMENT_TOKEN_TO_BE_REPLACED
This Week In Real Estate