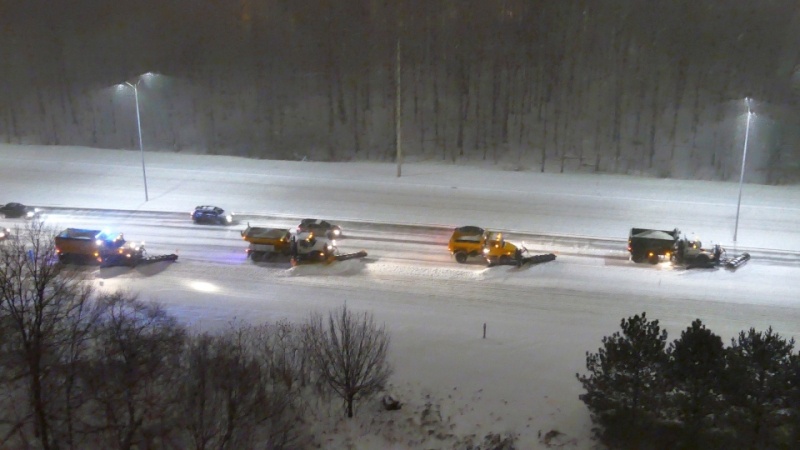 This week in Toronto: The housing boom refills empty nests, Mayor Tory meets with experts to discuss overheated market and one report says a foreign home buyers tax will not be enough.

Author Josh Gordon, an assistant professor at the Simon Fraser University School of Public Policy, says a levy on foreign buyers needs to be done soon to calm the market, but even that might not be enough.

Tory said Monday he is “deeply concerned” about housing affordability in Canada’s largest city, where the average price of a detached home has pushed past the $1.5 million mark.

As an influx of people move to the province, in particular the Greater Toronto and Hamilton Area, the growing demand for housing -- also fuelled in part by low interest rates -- is outstripping the current supply, Charles Sousa said.

The more house prices rise, the longer it will take Sarah to save up enough to move out. But the longer she and thousands like her stay with their parents, the fewer houses are put up for sale — and that scarcity is a big reason prices are soaring.

Prices that are flat-lining in Vancouver and spiking in Toronto strongly suggest that B.C.’s foreign buyer’s tax appears to have worked. The mortgage stress tests, not so much, at least in the country’s two largest cities.

How Canada’s big banks pumped up the housing bubble (Macleans)

Royal Bank of Canada Chief Executive David McKay flattered some Bay Street reporters with rare interviews the other day, having just conducted another clinic in money making by guiding his 148-year-old institution to a record quarterly profit of $3 billion. What better time for a banker to subject herself or himself to scrutiny than amidst a flurry of zeroes?

Finding and keeping an affordable place to live can be an all-consuming chore in Silicon Valley. Some of the area’s teachers, administrators, and teachers have to live two hours from school to find housing that fits their budget. Some combine two families into one apartment. Others move in with relatives.

The Chinese company, Anbang Insurance Group, would pay to get a high-profile piece of Manhattan real estate and would commit to spending billions more to completely transform the 60-year-old tower into a chic condominium and retail citadel.

The administration’s budget includes $6.2 billion in cuts to the U.S. Department of Housing and Urban Development. Relative to funding levels necessary for HUD in fiscal year 2017, the cuts amount to a 15 percent reduction—the largest cuts in housing aid since the Reagan administration.

International
Foreign buyers push up global house prices (The Economist)
New Zealand is one of several countries where the impact of foreign money on housing is under scrutiny. Prices have also risen rapidly in Australia and Canada. Central bankers fret about the dangers fickle capital flows pose to financial stability. London’s mayor has ordered a study on foreign ownership in the capital after property prices rose by 54% in four years.
Germany’s housing costs set to become election issue (Financial Times)

Germany’s property market avoided the cycle of boom and bust that floored other European countries during the financial crisis. But rents have ticked inexorably upwards in the decade since. With a general election looming later this year, how to protect tenants from rising rental costs is set to become an increasingly hot topic.

END_OF_DOCUMENT_TOKEN_TO_BE_REPLACED
This Week In Real Estate