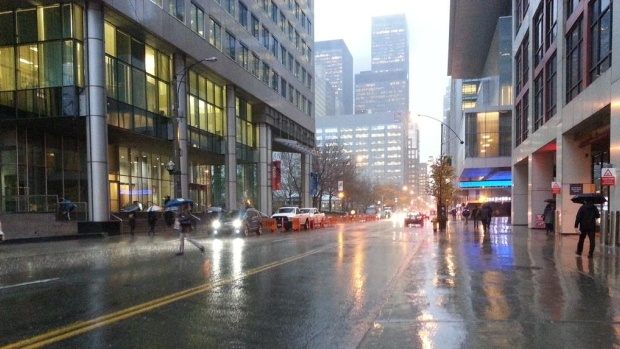 Elsewhere: Hot housing markets could drag down Canada's economy, is Vancouver lonelier than other cities and fears about U.K. leaseholds.

Pressure is growing on the Ontario government to announce measures to cool the Toronto region’s overheated housing sector as detached home prices climbed 33 per cent in March to a record high, and as Toronto Mayor John Tory called on policy makers to ensure speculators are not driving up the market.

Morneau wrote Sousa and Tory separately Wednesday asking to meet soon to “consider how we can collectively make progress to ensure that housing in the GTA is both affordable and accessible for the long term.

Developers are trying to persuade Premier Kathleen Wynne and her government that easing restrictions on building new homes will help rein in skyrocketing house prices in the Greater Toronto and Hamilton Area.

Time, not government intervention, will bring the gravity-defying market back to Earth, said Dianne Usher, senior vice-president of Johnston and Daniel, a division of Royal Lepage.

A ‘vacant homes’ tax won’t have much effect: Editorial (The Star)

If Toronto does go ahead with a tax on vacant homes in an effort to slow the vertiginous rise in property prices, it will be an example of this unfortunate habit. It will allow the city and province to claim they are doing something, while almost certainly having next to no effect on the housing market.

“And while we remain confident in the strength of our mortgage book, we believe that if this issue goes unchecked, it could drag on consumer spending, locking up too much capital unproductively, and potentially becoming an inhibitor to Canada’s future economic growth,” McKay told shareholders.

Prince Edward Islanders work less than half the time of other Canadians to pay for their homes, according to a new report from Generation Squeeze, an advocacy group for young Canadians.

“While demand in March was below the record high of last year, we saw demand increase month-to-month for condos and townhomes,” Jill Oudil, the Board’s president said. “Sellers still seem reluctant to put their homes on the market, making for stiff competition among home buyers.”

Is Vancouver lonelier than most cities or just better about addressing it? (The Guardian)

Amid polls suggesting one in four Vancouver residents have grappled with social isolation, the city has launched a range of initiatives aimed to combat the problem.

By 2015, Ms. Pavlic was supporting her husband and their three children on an annual salary of $9,000, earned at a restaurant. That year, they tapped a county program funded by Congress, called the HOME Investment Partnerships Program, to help repair their house.

The supporters, mostly Muslims and residents of color, tried to assuage their neighbors’ concerns about traffic congestion and noise. Some affirmed that they, too, belonged in the Bayonne community—and deserved a place to pray. “I was captain of the swim team for the Bayonne high school, I won a county championship,” Ali Hassan, a Bayonne native, said in his testimony. “I probably swam with some of your kids—they’re my friends.”

Over the past decade, as South American investment in Miami real estate has flowed and ebbed dramatically, Chile’s impact has been comparable to the Miami Dolphins in the NFL: good enough to be mentioned, but not enough to outshine the influence of neighbors like Brazil, Argentina or Venezuela.

The HomeOwners Alliance said that of the 5m leasehold properties in England and Wales, 1.58m are “owner occupied”. “But in the eyes of the law, they are in fact owned by their freeholder. The UK’s official rate of home ownership was 64.6% in 2014, but this includes the leaseholders who are not their legal owners – subtract them, and the rate falls to just 58.9%,” the alliance said in its Homes Held Hostage report.

It might seem like an odd decision, particularly given that the project is masterminded by a Malaysian consortium, and that the first phase of flats was sold exclusively to buyers in Malaysia, Singapore and Hong Kong. But therein lies the answer: speak to any property-marketing agency and they will tell you their east-Asian clients are buying a piece of England, which – for them – means blond-haired, blue-eyed Burberry models.
Realosophy Realty Inc. Brokerage is an innovative residential real estate brokerage in Toronto. A leader in real estate analytics and pro-consumer advice, Realosophy helps clients make better decisions when buying or selling a home.  Email Realosophy

END_OF_DOCUMENT_TOKEN_TO_BE_REPLACED
This Week In Real Estate