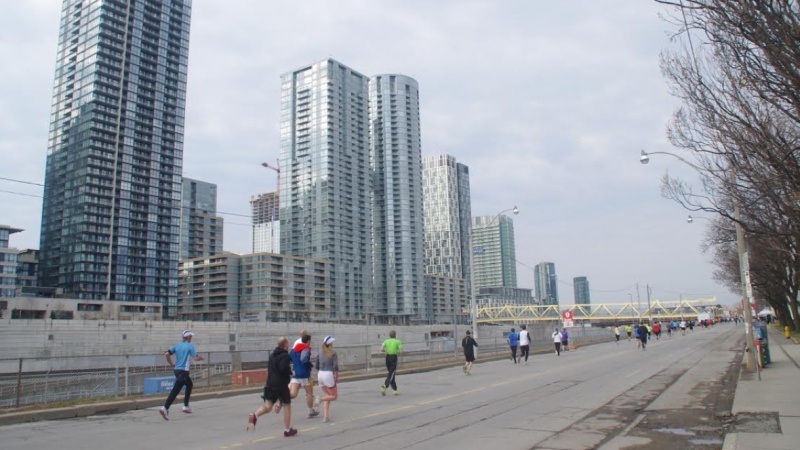 This week in Toronto: A foreign buyers tax is implemented by the Ontario Liberal government which also expands the province's rent control system.

Elsewhere: Why Canada wins and Torontonians may lose thanks to the foreign buyers tax, US housing starts fall in March and recession proof student housing attracts Singapore investors.

Ontario's Liberal government will slap a 15 per cent tax on home purchases by non-resident foreigners and will expand the province's existing rent control system to cover all tenants, CBC News has learned.

Overall the policies were primarily about improving rental affordability and the supply of rental properties. The GTA's red hot real estate market took a back seat with very few new policies aimed at cooling foreign and domestic speculation in the real estate market.

Why Canada wins, but many Torontonians lose, from Ontario’s new housing measures (Global)

As mentioned, this is overall a good move for the Canadian economy. Speaking before Thursday’s announcement, BMO chief economist Doug Porter told Global News that housing taxes can be quite effective at taking some of the “feeding frenzy” out of red-hot housing markets, at least temporarily.

“There’s a recognition that the levers that the federal government has cover the entire country and the housing market in Vancouver or Toronto is somewhat different than that in Halifax or Saskatoon or even Montreal,” Trudeau said in an interview with Bloomberg.

Housing prices in the GTA have ballooned by 20 per cent over the last year, with Richmond Hill and Oshawa showing the largest gains, according to a housing survey released Tuesday by Royal LePage.

How to fix Canada’s red-hot housing markets: A guide to what’s happening, what’s been proposed and what buyers can do (The Globe)

Recent figures show Canada’s soaring home prices are more than just a Toronto-area problem – and if the real-estate bubble bursts, few parts of the country would escape the economic blow. Home sales across Canada hit a record high in March, with the actual national average price up 8.2 per cent compared with a year ago, and Toronto prices are up a record 33 per cent.

Ottawa broker John Rogan said Ottawa showed healthy growth for the first three months of 2017, and more bidding wars than usual, but not because it's experiencing any spillover from the overheated Greater Toronto Area, a market he describes as "insane."

US Housing Starts Fell in March; Still Stronger Than in 2016 (New York Times)

Housing starts fell 6.8 percent last month to a seasonally adjusted annual rate of 1.22 million, the Commerce Department said Tuesday. The setback came after strong gains in a warmer-than-usual February. Groundbreakings on new homes are still 8.1 percent higher through the first three months of this year compared with 2016.

Federal support has helped Manzella and other families in Buffalo and beyond. This month, her family moved into a gleaming, lead-free apartment renovated by a local nonprofit with funding from the U.S. Department of Housing and Urban Development.

While some of the new dwellings are aimed at middle-income residents who have been increasingly squeezed by L.A.'s soaring real estate market, most will target the luxury sector with sprawling apartments overlooking the stadium outfitted with wedge hardwood flooring, sliding glass doors and soaring beamed ceilings. The project's developers, Wilson Meany and Stockbridge Capital Group, have yet to reveal prices.

Nearly all of Smurova’s neighbors have left, but she’s holding out, unsatisfied with the replacement apartment offered to her by the government (her mother is in a wheelchair), and is battling the city in court. Meanwhile, the gas to the building has been cut. Thieves are looting the vacant apartments.

END_OF_DOCUMENT_TOKEN_TO_BE_REPLACED
This Week In Real Estate