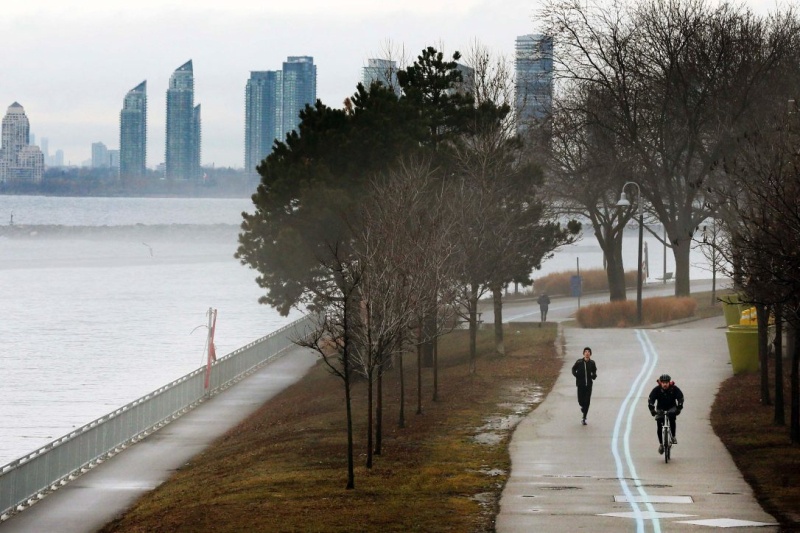 This week in Toronto: Home sales plunge following foreign buyer tax, the flood of Toronto listings is not what it seems and homeowners are suddenly in a rush to sell.

Elsewhere: Canadian homeowners are worried about their mortgages, why more Americans aren't borrowing and those in the UK face shrinking properties.

Did the policy work? Since the tax was introduced on April 20th we have seen the number of sales of freehold houses in the GTA fall 26% during the one month following the introduction of the tax (April 20 – May 20, 2017 vs 2016). But when we dig further, we see that not all municipalities have had the same rate of decline in sales. The chart below compares the change in the number of sales by municipality.

He and others say that the surge in new listings that has garnered so much attention recently overlooks the fact that many properties are not selling on the scheduled offer night. The same properties are then listed again through the Toronto Real Estate Board.

Toronto Homeowners Are Suddenly in a Rush to Sell (Bloomberg)

“We are seeing people who paid those crazy prices over the last few months walking away from their deposits,” said Carissa Turnbull, a Royal LePage broker in the Toronto suburb of Oakville, who didn’t get a single visitor to an open house on the weekend. “They don’t want to close anymore.”

With the average price of a detached home in Toronto well above the $1-million mark, the housing dreams of families like the Goodtimes wanting to live in the city have undergone a radical shift in the last 10 years — posing a challenge that developers and city planners are only just beginning to tackle.

As families flock to Leslieville, school board posts warning of overcrowding (Toronto Star)

But one of Toronto’s most family-friendly neighbourhoods may be a victim of its own success as signs from the Toronto District School Board have cropped up, warning parents in Leslieville their children may not be able to attend their local school because of possible overcrowding, school board spokesperson Ryan Bird confirmed.

Thirty-eight per cent of those polled say their mortgage bills could rise between one to five per cent before they would have financial difficulty; 20 per cent say they could sustain an increase in payments between six to 10 per cent before having trouble; and 14 per cent say any hike would be a problem.

Hamilton is on a mission to attract the type of talent that can help continue its progressive trajectory. Fortunately for the city, the pitch of a growing and authentic creative scene appears to be an increasingly easy sale.

Investors who have put money into the startup costs of a massive downtown Winnipeg development are waiting on interest payments after finding out their bonds are in default, according to documents obtained by CBC News.

US Home Equity Is Back, So Why Aren't More People Borrowing? (New York Times)

The main problem, according to consumer surveys and banking analysts, is that despite low interest rates, it's become harder to borrow. The web of lending regulations that was tightened after the financial crisis has yet to be eased. Many households would like to borrow more through home equity credit lines or cash-outs from loan refinancings. But having been burned by defaults during the financial crisis, banks are demanding nearly pristine credit.

Seattle Climbs but Austin Sprawls: The Myth of the Return to Cities (NY Times)

Be skeptical when you hear about the return to glory of the American city — that idealized vision of rising skyscrapers and bustling, dense downtowns. Contrary to perception, the nation is continuing to become more suburban, and at an accelerating pace. The prevailing pattern is growing out, not up, although with notable exceptions.

Is the Urban Renaissance Over? (NY Times)

A more finely grained geographic analysis shows that the closer you get to the city center in most metros, the stronger has been the performance. While it’s true that the more outlying parts of some cities are losing population, their cores are becoming increasingly vibrant. As we’ve noted, that notion of critical mass at the neighborhood level is one of the defining characteristics of urban growth.

International
UK homeowners face future of shrinking properties as housing prices continue to rise (The Independent)
Us Brits may occupy some of the smallest spaces in Europe, but even a one-bedroom flat could soon seem spacious compared to what the future may hold for hopeful homebuyers.
Sweden's central bank says housing market serious threat to economy (Reuters)
"Households' high and rising indebtedness form a serious threat to financial and macroeconomic stability," the central bank said in statement. "There are also vulnerabilities in the Swedish banking system and its resilience therefore needs to be reinforced."
Realosophy Realty Inc. Brokerage is an innovative residential real estate brokerage in Toronto. A leader in real estate analytics and pro-consumer advice, Realosophy helps clients make better decisions when buying or selling a home.  Email Realosophy

END_OF_DOCUMENT_TOKEN_TO_BE_REPLACED
This Week In Real Estate