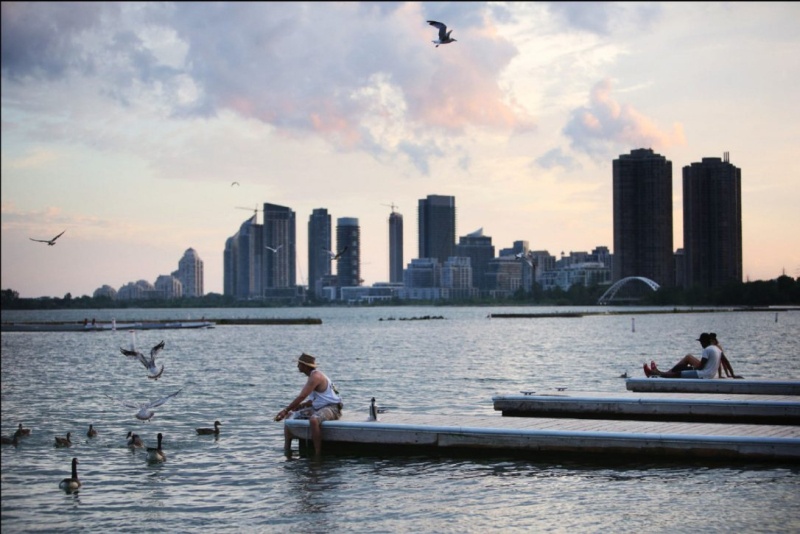 Week In Review: Homeowners Caught Between Buying and Selling + Provincial Government Considers a Change in Rules

This week in Toronto: Homeowners are caught between buying and selling, the provincial government considers a review of preferential condo sales and the Trump hotel gets a name change.

As market shifts, Toronto homeowners caught between buy and sell (The Globe and Mail)

If you managed to buy a house in Toronto recently after several failed bids, you might be celebrating. Until you remember you have to sell the place you already own.

“We committed in Ontario’s Fair Housing Plan to working with real estate professionals and consumers to review the rules and see where we can make further improvements to enhance consumer protection,” the Ministry of Government and Consumer Services said in a statement on Tuesday.

The quarterly update, published Thursday, said it took 72 per cent of median pre-tax income in Toronto to cover the cost of home ownership during the first quarter of 2017. The average Canadian household spent 45.9 per cent of its income on owning a home.

Local councillors Ana Bailao and Mary-Margaret McMahon had a vision to allow laneway homes in the city. Last week, the Toronto and East York Community Council reviewed and authorized staff to move forward with a number of recommendations for laneway housing.

The deal closes a chapter in the troubled story of Toronto’s Trump Hotel. The 65-storey hotel and condo in the heart of Canada’s financial district has been plagued with problems, starting with slow construction, a delayed opening, financial woes, investor lawsuits and bad press.

More than 1,100 people have now taken advantage of the provincial program which will loan buyers up to five per cent of the price of a home, to a maximum of $37,000 – with a five-year grace period on interest payments.

The market is rigged by provincial policy, especially the greenbelt policy imposed more than a decade ago. Also called urban growth boundaries, greenbelts severely limit the land available to build the new detached housing that most people prefer. As surely as severe restrictions on oil production lead to higher gasoline prices, greenbelts drive up land prices, which create much higher house prices throughout a metropolitan area.

The dramatic surge in Toronto real estate, particularly over the last year, has raised fears of a bubble and a crash in prices. Yet, as the last few years in Saint John attest, the real peril after a market peak is a logjam in sales, with sellers pining for prices past and unwilling to capitulate to wary buyers.

"The lack of listings in the affordable price range are creating lopsided conditions in many areas where investors and repeat buyers with larger down payments are making up a bulk of the sales activity," said Lawrence Yun, the chief economist at the National Association of Realtors.

Many tenants in New York City’s roughly one million rent-regulated apartments will see their rents rise for the first time in three years after a city panel voted on Tuesday night to allow landlords to increase rents on one-year and two-year leases.

Longtime Trump ally defends qualifications for housing job (National Post)
“Had I represented a different administration, my narrative likely would have been that I rose through the rank and file in one of the most successful companies in the world from assistant to senior executive and was subsequently handpicked by the president of the United States,” she told the newspaper. “The misdirected discontent with my boss has prevented people from seeing the obvious fact that I am, more than anyone, best suited to serve as this liaison because, after all, I have a direct line to both the secretary and the president of the United States.”
International
How Vienna Solved Homelessness (City Lab)

European cities, in general, do much better that North America in providing housing. The Austrian capital, though, has had unusual success with housing issues that dog metro areas in the Pacific Northwest.

Simon Tilford, an economist and deputy director of the Center for European Reform in London, said: “We’re seeing the biggest challenge to this 40-year drive to marginalize or discredit the state and its role in the economy and society. Grenfell Tower had such impact because it symbolizes for many in Britain the retreat of the state, visible in badly maintained social housing and the failure to build more social housing.”

END_OF_DOCUMENT_TOKEN_TO_BE_REPLACED
This Week In Real Estate