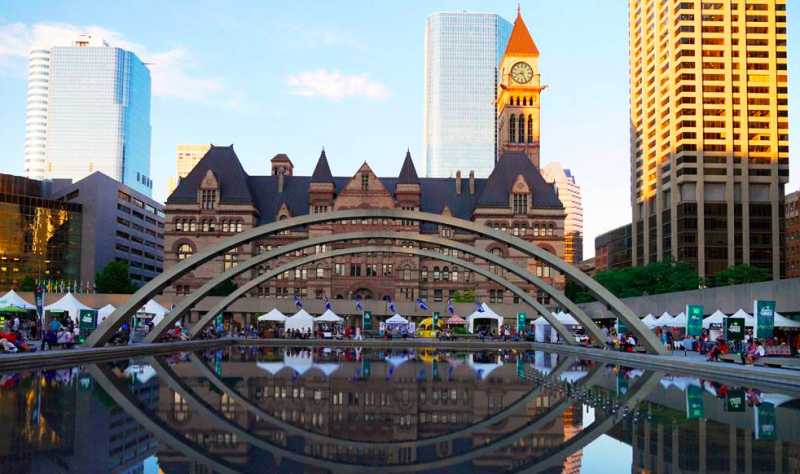 Week In Review: Buying at Peak Fears Rise in Toronto + Is Canada a Real Estate Addict?

This week in Toronto: The city needs more options to keep young talent, an unpredictable market stokes anxiety and why every housing bubble looks like the new normal.

Elsewhere: IMF warns about Canadian housing and household debt, minorities are priced out of real estate on the west coast of the United States and Australia's real estate boom has Wall Street wooing a newspaper publisher.

Research for the Toronto Region Board of Trade shows half of those aged 18 to 39 want to own a detached house and they want it in the region's priciest market — Toronto, where detached re-sale homes cost $1.6 million on average in April.

Some buyers who bought a property as recently as March and April are agonizing over whether they purchased at the peak of a market that has started a downward slide.

Why every housing bubble looks like the new normal (Macleans)

There is a third possibility: this time is different. Maybe prices in Toronto and the surrounding suburbs really have reached a new normal, and a wide swath of people are permanently shut out of the market.

Real estate not only more expensive, but also more complex (The Star)

Yet changes coming to the Ontario Municipal Board will shut down a key approval channel that has helped to ensure the creation of much of the GTA’s high-density housing supplies over the past decade. Furthermore, developers, institutions and private investors contemplating investments in the development of new rental housing are hitting the pause button amid news of new rent control legislation.

It was a crumbling Parkdale rooming house, populated by drug users and squatters and available on the cheap. We were cash-strapped, desperate to move and hemmed in by a hot market. Five years, three contractors and $1.1 million later, our home reno nightmare is finally over.

Face it, Canada—you’re a real estate addict, and no one wants a cure (The Globe)

This is the scandal no one talks about. Officially, everyone is fretting that we may have a housing bubble. Politicians, bankers and regulators go all preacher-faced and proclaim their deep, deep concern.

“What the IMF has said is ... that there’s a level of household indebtedness in Canada that is significant, something for us to watch. The housing market, of course, is something we’re paying close attention to,” he said.

Iveson, who chairs the federation’s big-city mayors caucus, said he and other city leaders plan to make housing and infrastructure a key theme with cabinet ministers taking part in the federation’s annual meeting this week in the national capital.

Canada is in the midst of a housing crisis. Skyrocketing prices in our biggest cities are making it nearly impossible for young people to dream of owning a home, or finding a decent place to rent. It's worse if you live in social housing. In the city of Toronto alone, more than 7,500 units are at risk of closure in the next few years unless money to repair them can be found.

Is Housing Catching Up? (City Lab)

But have the number of units increased much? It appears that housing gains are, in fact, picking up pace in many big cities. But developers are only beginning to respond to years of pent-up demand. Don’t count on finding an affordable place in these desirable villes tomorrow.

The study also found that in 2016, middle-class African-American and Hispanic families were virtually priced out of homeownership in Denver, Los Angeles, Portland, San Francisco, San Diego and Phoenix. In each of those metros, fewer than 5 percent of homes on the market were affordable on the median household incomes for African Americans and Latinos.

Half of the households losing rental assistance would probably include the elderly and people with disabilities, but the toll on working families with children would also be high. The center also warns that proposals in the budget would “significantly raise assisted tenants’ rents and cut voucher subsidies in various ways.”
International

Global real estate booms again, and the big housing bargains are outside the US (CNBC)

With international real estate, investors are forsaking big income bets, giving up higher yields and better returns at a lower price-to-earnings ratio. Last year 18 of the 23 European housing markets boomed, according to the research firm Global Property Guide, and show no signs of slowing. New Zealand, China and Canada were also strong.

Ms. McMath, owner of a small business specializing in print and design, is trying to determine the value of the fixer-upper house she bought in 2009 in the Sydney suburb of Stanmore, and whether to sell it and cash in on the area’s wild property boom. Where she once would turn to the real estate pages of The Sydney Morning Herald, a Fairfax paper, she now scours two online real estate portals: Realestate.com.au, which is part of Rupert Murdoch’s media empire, under News Corporation, and Domain, which has quietly become Fairfax’s most lucrative business.

END_OF_DOCUMENT_TOKEN_TO_BE_REPLACED
This Week In Real Estate