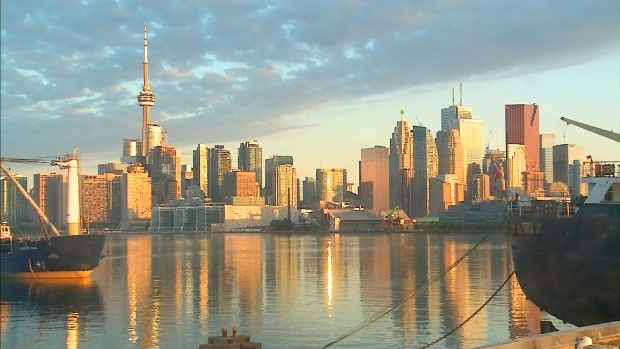 Week In Review: Is Toronto Housing Market On Verge Of Severe Correction? + Home Buyers Lose Steam and Cash in Canada

This week in Toronto: Is the housing market on the verge of a severe correction, Ontario developers combine forces to mitigate housing reform and a Toronto housing agency pleads guilty in deadly fire.

Is it a blip, or is the GTA housing market on the verge of severe correction? (The Globe and Mail)

John Andrew, a professor at Queen’s University and executive director of the Queen’s Real Estate Roundtable, is calling it a blip. He expects strength to return to the market after prospective buyers get their heads around the Ontario government’s recent policy changes. But the business professor cautions there are risks to his prediction.

One of the country's biggest real estate companies is predicting an 18.5 per cent year-end price increase in the Toronto housing market this year, compared to a 13.8 per cent national year-over-year rise.

A group of high-powered Toronto real estate developers has banded together to hire lobbyists in an effort to persuade the Liberal government to water down its sweeping reforms to the Ontario Municipal Board, the province’s controversial land-use tribunal, and other changes to housing policies.

“Just like what happened in England,” she said, referring to the massive fire at the Grenfell public housing tower in London that has caused “a crisis of faith” in Britain’s public institutions, as the Associated Press put it.

“There’s a bit of a domino effect, it’s all sort of happening right now and we don’t know the extent of it," said Pasalis, president of brokerage Realosophy Realty Inc. in Toronto. “People are digesting rules, the amount of inventory on the market with lower prices -- and there’s even more to come."

27% of Canadians 'in over their head' with mortgage payment: MNP (BNN)

An alarming number of house-poor Canadians are teetering close to the edge in terms of meeting their debt obligations, according to a poll conducted on behalf of MNP. The report from the chartered accountancy firm says even a modest increase in interest rates could push many homeowners over the edge.

The Dorns expect to join the growing ranks of African-Americans who do not own their homes, a rate that was nearly 30 percentage points higher than that of whites in 2016, according to a new report.

They are in a race against the clock with a developer who plans to erect a 67-story supertower on a stretch of East 58th Street between First Avenue and Sutton Place. The developer, Gamma Real Estate, has already demolished three four-story walk-ups and started digging a hole for the slim tower’s foundation.

In the past year, Los Angeles has dedicated billions of dollars towards housing the homeless. The effort is, in part, aimed at addressing the city’s exorbitant health-care spending on this population. Housing is now widely understood to be the best health intervention for the homeless population, who experience far more hospitalizations than those with homes.

Pei Zhiyong, a 56-year-old advertising executive, was barred by the new restrictions from buying a third apartment in Guangzhou. One Sunday in April, he drove his BMW SUV to Foshan, an hour away, to check out a new riverfront high-rise. He figures it’s the ideal time to buy.

Much of the focus has been on what's happening at the top end of the market — expensive London boroughs, for instance, which have seen sharp price falls since the Brexit vote. Although the slowdown has been sharpest in the capital, a softening has occurred across the entire country.

END_OF_DOCUMENT_TOKEN_TO_BE_REPLACED
This Week In Real Estate