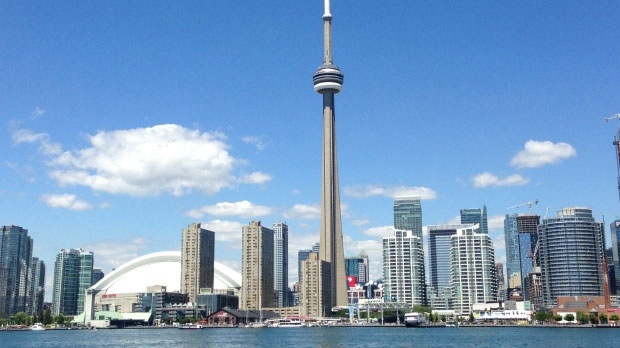 Week In Review: A Buyer's Market In Toronto + The King and Spadina Boom

This week in Toronto: The housing market takes a sharp turn towards a buyer's market, what's behind the King-Spadina boom and there's life outside of Toronto, but leaving the city is harder than it used to be.

Elsewhere: One expert says Canada should be worried about the real estate slowdown, a severe housing crisis in California and more anger in Grenfell.

“While markets in B.C. and Ontario (particularly Toronto and Vancouver) still remain the tightest markets across the country with well under three months of inventory, Toronto is softening the fastest,” said Diana Petramala, an economist at TD Economics, in a research note.

The King-Spadina boom: What’s behind the growth at Toronto’s hottest intersection (The Globe)

King-Spadina lies just to the west of Toronto’s downtown core, flanking Spadina Avenue around its junction with King Street West. The Rogers Centre where the Blue Jays play baseball is to the south, the Art Gallery of Ontario to the north. It is undergoing a high-rise construction boom like Toronto has never seen.

There’s life outside Toronto, but leaving the city is harder than it used to be (TVO)

The problem is, jerk or not, he’s right. Here’s his thesis: “A lot of millennials, including many who grew up in or around Toronto, are probably going to have to seek work elsewhere. And you know what? It’s OK. The sooner they realize this, the better it will be for them.”

The Toronto skyline is saying goodbye to the Trump name. The hotel and residence at Bay and Adelaide is in the midst of getting an extreme makeover as it prepares to become the St. Regis Toronto.

"I think it's a big problem, " MacBeth tells Piya Chattopadhyay on The Current. "Over the last five years the private sector debt in Canada has grown 20 per cent, and it's the leading pace of increasing credit in developed countries."

Sniffing out the truth about the end of the Canadian real estate boom: Don Pittis (CBC)

It is unhealthy for the price of something as essential to daily life as housing to be rising 30 per cent a year, as it was in southern Ontario earlier this year, while Canadian wages remain flat. That graphic relationship was tweeted out last week by Hilliard MacBeth, author of When the Bubble Bursts.

A team of more than 15 people is at work compiling the Housing Statistics Framework, an ambitious database that will contain everything from price information to owner demographics, on every property and piece of land in the country.

"International shoppers are 'relatively minor players' but there are a lot of other things going on in the Vancouver, Toronto, Seattle or San Francisco housing market that have continued to propel housing prices upward," said senior economist Aaron Terrazas, of Zillow, a real estate market research company based in Seattle.

Five major U.S. lenders have reported an average 31 percent drop in second-quarter mortgage banking revenue in the past few days, compared with the same quarter of last year. An ongoing decline in refinancing activity, higher funding costs, tougher competition and a greater portion of business coming from third parties, who generally deliver lower margins, all contributed to the slide.

The Cost of a Hot Economy in California: A Severe Housing Crisis (New York Times)

In Los Angeles, booming with construction and signs of prosperity, some people have given up on finding a place and have moved into vans with makeshift kitchens, hidden away in quiet neighborhoods. In Silicon Valley — an international symbol of wealth and technology — lines of parked recreational vehicles are a daily testimony to the challenges of finding an affordable place to call home.

The West Is on Fire. Blame the Housing Crisis (Wired)

The key to how we think about fire’s severity, then, is not the number of fires, or even their magnitude, but where they are—and what’s near them.

Over the past four decades, free-market enthusiasts in both parties wielded the homeownership ideal to kill public housing. Texas Republican Dick Armey even titled a speech that called for the destruction of public housing “The Road Away from Serfdom.”

The council that ran the Grenfell Tower block struck deals worth nearly £50m last year to allow developers to avoid having to build affordable homes, research for BBC News shows.

Australia's social housing stock one-sixth empty with 195,000 people on waitlist (The Guardian)
The Council to Homeless Persons says the change in demand for social housing is being driven by singles and couples, for whom most properties are too large, resulting in under-utilisation. The council has called for federal and state governments to add 100,000 new properties to the social housing pool within the next five years.
Realosophy Realty Inc. Brokerage is an innovative residential real estate brokerage in Toronto. A leader in real estate analytics and pro-consumer advice, Realosophy helps clients make better decisions when buying or selling a home.  Email Realosophy

END_OF_DOCUMENT_TOKEN_TO_BE_REPLACED
This Week In Real Estate