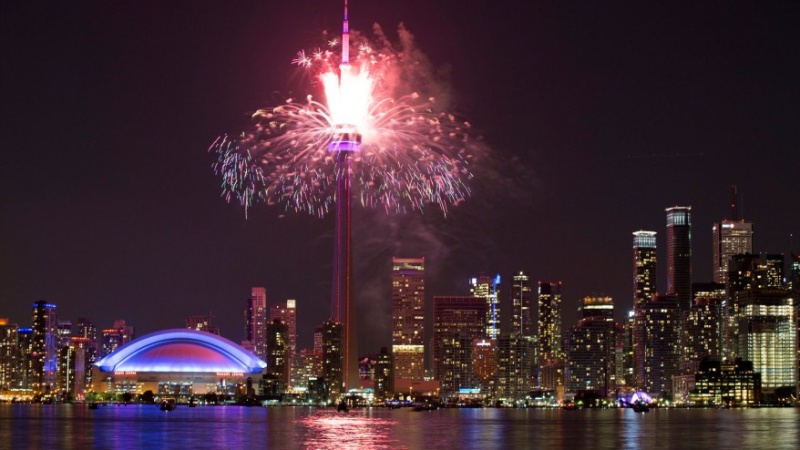 This week in Toronto: What Ontario's foreign home buyer data means, housing market lull expected to linger and how the market 'turned on a dime.'

Elsewhere: Anxiety over the Canadian housing market cuts across class and geography lines, the misguided madness of neighborhood rebranding and Europe's city centres sound the alarm.

“This is just the market unwinding and correcting itself,” said John Pasalis, president at Realosophy Realty, in an interview with BNN. Pasalis said the data, which revealed a 37.3 per cent year-over-year drop in home sales in the Greater Toronto Area for the month of June, isn’t the result of Ontario’s 16-point housing plan introduced in April.

The board issued a revised annual forecast on Thursday along with month-end statistics showing that the average selling price in the Toronto region was 6.3 per cent higher in June year-over-year, even though the market experienced another month-to-month drop.

Foreign buyers make up 4.7% of home sales in Ontario's Golden Horseshoe area (The Globe and Mail)

Nearly 5 per cent of homes sold in the Golden Horseshoe region were purchased by foreign buyers, according to a month’s worth of new data from the Ontario government that reveals the role international investors have played in the area’s overheated real estate market.

The province's Fair Housing policy, including its 15 per cent foreign speculation tax, has cooled the Toronto area's overheated housing market, but its impact has been largely psychological, Finance Minister Charles Sousa said Wednesday.

From the 1950s through the ’70s, Toronto built up. High-rises appeared downtown as well as in suburban areas, and a good number of them featured spacious layouts and amenities such as playgrounds to attract and accommodate families.

A new poll suggests that just over two in five Canadians believe housing in this country is not affordable for them, a finding that cuts almost evenly across income levels.

The benchmark price, which is the industry’s representation of typical homes sold, reached a record $600,700 for condos in the region last month, up 17.6 per cent from June, 2016, according to the Real Estate Board of Greater Vancouver.

USA
SoHa in Harlem? The Misguided Madness of Neighborhood Rebranding (New York Times)
Has a breaking point in our tolerance for all of this manipulation been reached? The effort to rename a part of Harlem, so closely associated with a glory period in the history of American arts and letters, has met with a robust measure of political resistance.
Housing help for Congress? How about for people who really need it? (USA Today)

It’s refreshing to have a prominent Republican lawmaker decry housing costs and the difficulty of making ends meet. But Chaffetz should recognize the significant housing subsidy that members of Congress and other wealthy Americans already receive, and the millions of struggling low income seniors, people with disabilities and families with children who receive none.

The difference in the experience of poverty in older suburbs compared to the newer suburbs is often one of distance from the central city. There are transportation and job access issues that low-income adults face.
International
Bye-bye locals: Europe's city centres sound alarm (Yahoo)

Memories of the past come flooding back as Manuel Mourelo strolls through Barcelona's picturesque Gothic Quarter: children playing, fun with the neighbours, traditional bars... But now, "all of that has disappeared." Hordes of tourists fill the narrow, winding alleys on guided tours, bike and Segway rides, while residents have deserted buildings full of history to make way for quaint hotels and tourist rentals -- an issue that affects popular spots Europe-wide.

They were prefabricated homes designed by the Vietnamese architect Vo Trong Nghia, and the construction team said it was impressed by the speed of its own handiwork: nearly one frame hoisted per hour, including smoke breaks, and largely without power tools.

END_OF_DOCUMENT_TOKEN_TO_BE_REPLACED
This Week In Real Estate