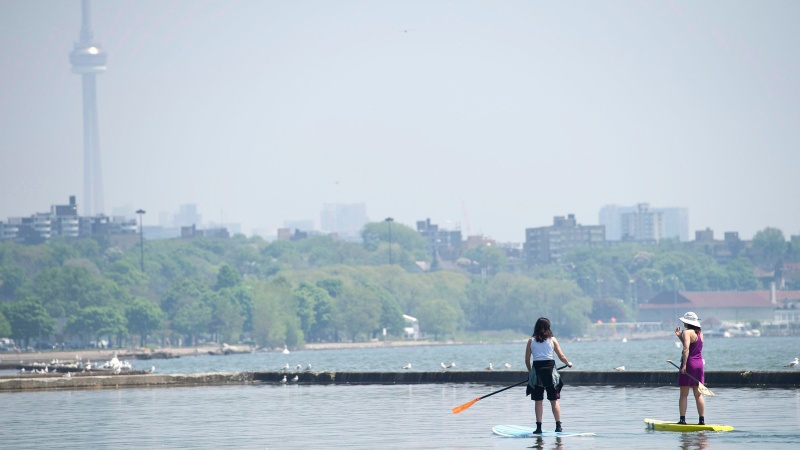 Week In Review: Buyers and Sellers Try To Stay Afloat + Complications After The Big Chill

This week in Toronto: Home buyers and sellers try to stay afloat and the city has more housing than you think (which could be a problem).

Elsewhere: Why you can't afford an apartment in Canada's big cities, is New York's High Line the solution for others and London's Grenfell Tower risks went unheeded.

But even in those stalwart family neighbourhoods, real estate deals can be hard to put together these days, says Mr. Rocca, who has been shocked by the market’s swings.

Lawyers, realtors and mortgage brokers report a surge in calls from distressed sellers whose buyers purchased in the heat of the market, only to find that the subsequent drop in the home’s value is more than the cost of walking away from a deposit.

Ideally, fundamentals such as demographics and employment are at play, and the price gains reflect natural household growth getting ahead of supply. If that’s true, the market should eventually stabilize once new supply kicks in.

Toronto's housing market is seeing a massive decline in prices — or is it? (Financial Post)

But Marc Pinsonneault, an economist with National Bank, said his index needs to be examined more closely and, as his firm went out of its way to explain in a note, that the index reflects a three-month rolling average, or what it calls a ‘smooth index’. The 2.1 per increase was an average of May, June and July and therefore not fully reflective of the falling Toronto market.

The number of homes sold on the Multiple Listings Service (MLS) also dropped for a fourth consecutive month by 2.1 per cent between June and July, the Canadian Real Estate Association (CREA) reported on Tuesday.

“It has ceased. It has expired and gone to meet its maker,” said Douglas Porter, chief economist at BMO Capital Markets, parroting a famous Monty Python quote. “This is a late bubble. Bereft of life, it rests in peace.”

In Canada’s largest cities, housing prices are well past the point of affordability for all but the genuinely affluent—a detached single-family house in Vancouver costs roughly twenty times the city’s annual median household income. Canada could do well to become a nation of renters in the tradition of such urbanized, wealthy countries as Germany, France, and Denmark.

Condo prices in Canada’s two most expensive housing markets have climbed rapidly over the past year, making it harder for millennials to complete their first purchase.

USA
Want to join New York's High Line crowd? Don't listen to Joanna Lumley (The Guardian)
The High Line’s “mistakes are artfully multiplied and layered”, says urbanist James Howard Kunstler. “For instance, the assumption that New York City doesn’t need railroad tracks anymore. Or the notion that buildings don’t have to relate to the street-and-block grid. Instead of repairing the discontinuities of recent decades we just celebrate them and make them worse.”
This housing study shows how rent in New Orleans impacts renters by generation (Curbed)

“We also found that out of all 100 cities included in the study, Millennials in New Orleans are the 20th most cost-burdened group of Millennials in the entire U.S,” writes Sam Radbil, the senior communications manager at ABODO.

A new report released by the U.S. Department of Housing and Urban Development this month shows that the number of American households facing worst-case housing scenarios is returning to the record crisis levels seen during the foreclosure crisis.

International
Ferraris and Opera Were Urgent, but Grenfell Tower Risks Went Unheeded (New York Times)
The concerns in North Kensington, particularly those of Grenfell Tower residents, were mostly ignored. By last November, one resident, Edward Daffarn, was so frustrated that he predicted “only a serious fire” resulting in a “serious loss of life” would make the council pay attention. The councilor in charge of housing, Rock Feilding-Mellen, dismissed him as a ‘‘fantasist.’’
An Old Cinema Tests Rome’s Stance on Gentrification (NY Times)
“People who have an apartment here move out and rent it instead,” said Lorenzo Terranera, a graphic artist who works in Trastevere. “There’s a lively movement of mattresses and beds here. And there sure is a lot of eating.”
Realosophy Realty Inc. Brokerage is an innovative residential real estate brokerage in Toronto. A leader in real estate analytics and pro-consumer advice, Realosophy helps clients make better decisions when buying or selling a home.  Email Realosophy

END_OF_DOCUMENT_TOKEN_TO_BE_REPLACED
This Week In Real Estate