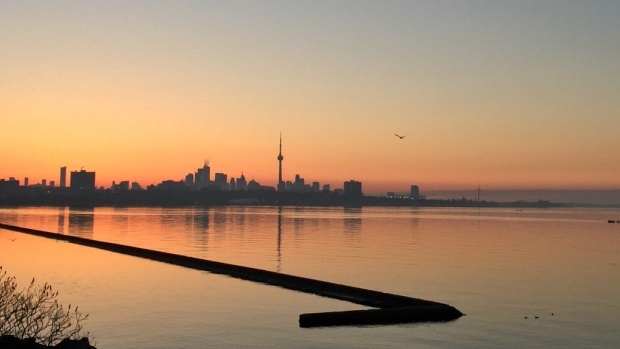 This week in Toronto: One economist believes the housing slowdown is good for the economy, home buyers and sellers play the waiting game and where is the best place to live if you commute to downtown Toronto?

Elsewhere: Home construction in Canada on pace for biggest year since the recession, the foreign buyers you haven't heard about in the United States and why one Berlin borough is buying out private landlords.

“We are going through a natural correction in Toronto real estate. I don’t think it’s going to have a deleterious impact on the national economy.  I think it’s actually going to be a positive development,” Rosenberg told BNN in an interview Tuesday.

“They’re not sure whether the market slowed down for the summer for normal, seasonal market reasons – or whether we’re on a downward slope,” says Boris Kholodov, an agent with Royal LePage Real Estate Services Ltd, Johnston and Daniel Division.

In this rapidly cooling real estate market, some buyers seem to be regretting how much they agreed to pay back in the hot spring sales season. In other cases, buyers aren’t able to secure financing because the home they are buying is not worth the price agreed when they signed the deal.

Toronto’s soaring real estate prices have tapered a bit in recent months, but living downtown might be just as affordable as commuting when you factor in all the costs.

The ramp-up likely reflects strong demand for new housing from the end of last year into the start of this year, TD Bank economist Diana Petramala said, adding that the new construction market tends to lag real estate demand, which has started to fall.

New home prices in Canada’s most-expensive market jumped 1.5 per cent in June, and have gained five per cent since March, data released Thursday by Statistics Canada show. That is the biggest three-month increase since 1990. Prices for existing homes are also on fire, gaining 11 per cent in the five months through July, according to data released this month by Vancouver’s real estate board.

"Gradually over the past couple of years since I bought my condo, I've noticed the creeping in of more and more short-term renters," he said in an interview on CBC Montreal's Daybreak program Tuesday.

Canada’s banking regulator, the Office of the Superintendent of Financial Institutions, is taking aim at the uninsured mortgage market – where homeowners make a down payment of 20 per cent or more. OSFI is proposing stringent stress tests for those borrowers, in line with what’s already happening in the insured market.

USA
The Foreign Buyers You Haven’t Heard About (City Lab)
Many of these buyers, 42 percent, are “non-residents” who may indeed be leaving their properties vacant some or all of the time. But there’s another even larger population of foreign buyers that isn’t getting much attention. The lion’s share of the homes, almost 60 percent, were bought and occupied by people who reside permanently in the United States as either recent immigrants or foreigners on work, student or other visas.
Major Rental-Home Companies Set to Merge as U.S. House Prices Recover (New York Times)

Two of the biggest institutional single-family landlords in the United States said Thursday that they planned to merge, an indication that the housing market has recovered much of the ground it lost in the financial crisis. And as home prices rise in many areas, affordable housing, for deep-pocketed investors and young first-time buyers alike, is becoming harder to find.

"Worst case housing needs are defined as renters with very low incomes (below half the median in their area) who do not receive government housing assistance and who either paid more than half their monthly incomes for rent, lived in severely substandard conditions, or both," according to a HUD statement..

International
The Berlin Borough Buying Out Private Landlords (City Lab)
To stop landlords from hiking up rents, one Berlin borough is taking drastic action: blocking the sale of a building and buying it up for the government. Earlier this week, the inner-city borough of Friedrichshain-Kreuzberg announced that it wouldn’t allow a privately-owned tenement to be sold to an international investor. Instead, officials are directing the sale toward a state-owned independent housing association committed to affordable rents.
High-rise forests in Italy are fighting air pollution (The Verge)

The brainchild of Italian architect Stefano Boeri, Bosco Verticale (meaning “Vertical Forest”) is the concept of residential high-rises packed with greenery, which can help cities build for density while improving air quality. The first “vertical forests” were realized in 2014 in the Porta Nuova Isola area of Milan, where two towers — with over 100 apartments between them — together host nearly 500 medium and large trees, 300 small trees, 5,000 shrubs, and 11,000 plants.

END_OF_DOCUMENT_TOKEN_TO_BE_REPLACED
This Week In Real Estate