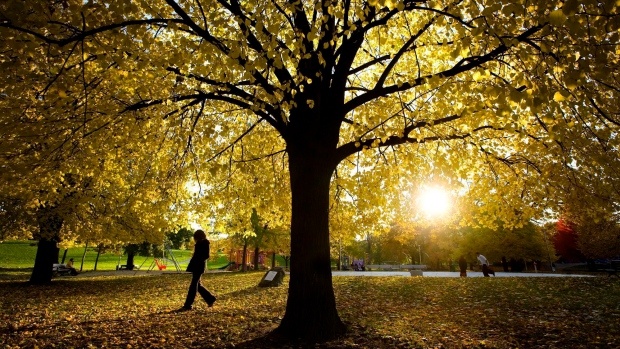 This week in Toronto: Condos buck Canada's housing crunch, luxury home sales are set to rebound and the market feels the effect of the foreign-buyers tax.

Elsewhere: Worries about proposed mortgage rules changes in Canada, one U.S housing forecast predicts a decline in new demand and a study finds Europe's Muslims are hampered by prejudice in the housing market.

Canada’s condo boom continues to surprise, with groundbreaking in Toronto still going strong even as prices of detached homes in Canada’s largest city slump, but recent rate hikes and rent controls are likely to cool condo prices by 2018.

It predicts "a brisk and active top-tier real estate market" in the fall, despite a pervasive plunge in home sales volumes this summer. "Toronto is to Canada what a combination of New York, Los Angeles and Chicago are to the U.S.," said Sotheby’s CEO Brad Henderson.

Purchases of Toronto homes by foreign buyers dropped over the summer after a new tax in Ontario began targeting international property investment, falling from 7.2 per cent of sales in May to 5.6 per cent of homes sold over the three months ending in August.

“When you look at the organization, you look at the number of people we’re responsible for — it’s 4 per cent of Toronto’s population — and the opportunity to really make a difference, to me it resonated both professionally and personally at this stage in my career.”

After reassessing their finances over the summer, the Mastroiannis decided to walk away and not close the home purchase. They knew they would lose their deposit, but they didn’t realize they would be on the hook for so much more.

A proposal by Canada's banking regulator to expand "stress tests" for mortgage borrowers will reduce how much house Canadians can afford by 21 per cent, says a new report from mortgage comparison site Ratehub.

Canada’s economy will grow at a faster clip than expected in 2017, a new report says, but an overheated housing market still threatens to bulldoze optimism over rosy economic data in recent quarters.

The biggest dilemma our government and elected officials face is between keeping housing affordable, while not reducing the housing equity of Canadian homeowners.

USA
Housing Forecast 2018-2019: Declining New Demand (Forbes)
Despite the meme about young adults living in their parents’ basements, the average household size is now lower than before the recession. (In 2006, average was 2.57 people per household; most recently 2.53.) If average household size levels out, we’ll have about 0.881 million new households. But if the recent downward trend continues, we’ll have 1.183 million. That’s a pretty big swing, so household size is a large driver of housing demand.
Amid Housing Pain, Most Californians Have Weighed a Move (New York Times)
All told, roughly 56 percent of California respondents in the poll said rising housing costs had led them to consider moving. In the Central Valley, the figure was 52 percent, equivalent to the Bay Area.
This Startup Helps You Buy a House (If You Hand Over Your Airbnb Income) (City Lab)
Loftium is attempting to pioneer an all-new kind of mortgage. The company itself isn’t providing a loan at all, its founders say. Loftium pays the down payment. The buyer pays it back through passive, short-term rental revenue. Not through interest, not through equity, but through Airbnb. The startup, which launched this week, plans to back down payments for 50 home buys like Coe’s across Seattle over the next 6 months.
International
Europe’s Muslims hampered by prejudice, study finds (Financial Times)

Europe’s Muslims risk exclusion from the labour and housing markets, as concerns grow that their names or choice of dress are a cause of discrimination by employers and landlords, according to a study of the continent’s second-largest religious group.

China bans major Beijing construction projects in 'war against air pollution' (Independent)
Some “major livelihood projects”, such as railways, airports and affordable housing, will be allowed to continue if they secure special permission from the commission.
Realosophy Realty Inc. Brokerage is an innovative residential real estate brokerage in Toronto. A leader in real estate analytics and pro-consumer advice, Realosophy helps clients make better decisions when buying or selling a home.  Email Realosophy

END_OF_DOCUMENT_TOKEN_TO_BE_REPLACED
This Week In Real Estate