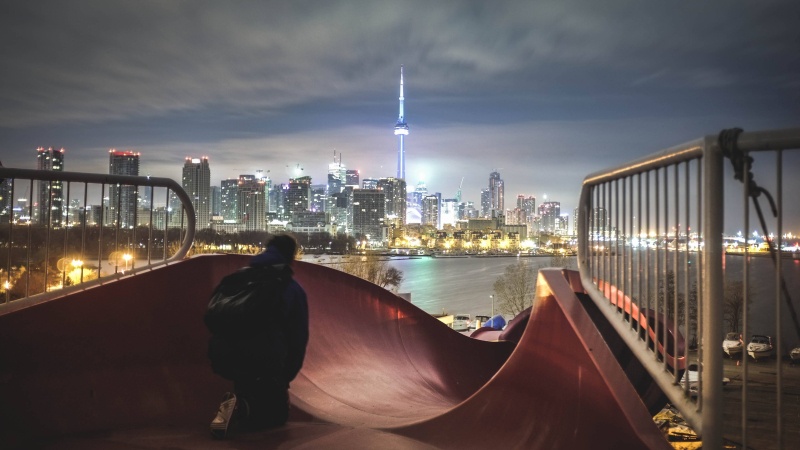 Week In Review: TREB Urges Caution Over Vacant-Home Tax + Why The Worst May Be Yet To Come

This week in Toronto: TREB urges caution over vacant-home tax, why the worst may be yet to come for Toronto housing and why you shouldn't bank on your house for your retirement fund.

Elsewhere: Banks say the Canadian housing market is in good shape, a discouraging lesson for homeless advocates in LA and a blow to Jeremy Corbyn's housing proposal.

The Toronto Real Estate Board is urging the city to exercise caution regarding a possible vacant-home tax. The board says it’s worried there is not enough data or evidence to support the idea that a vacancy tax would increase the supply of rental housing.

Toronto’s housing market failed to stage the September comeback the real estate industry was hoping for, and a prominent mortgage industry expert is warning the “worst may be yet to come.”

Don’t bank on your house for retirement fund, watchdog warns. But 45% of Ontarians do (Financial Post)

“Owning a home is not a substitute for retirement planning,” said Tyler Fleming, director of the investor office at the OSC, which found homeowners without any retirement savings or plan are among those most likely to be counting on value of their home appreciating.

To make any rental market better, hit rent-control-delete (The Globe and Mail)

In cities that have brought in rent control in the past, including Toronto in the 1970s, very little rental stock gets built afterward – which helps explain why controls were eventually lifted in Ontario for buildings that went up after 1991.

More than 1,000 planned purpose-built rental units have instead been converted to condominiums in the Greater Toronto Area since Premier Kathleen Wynne's government expanded rent control in the spring, according to a new report that warns the region's rental supply crisis is poised to worsen.

The Canadian housing market is in good shape, and so are the banks, analysts say (Financial Post)

Despite rising interest rates and various policy measures implemented to slow pricing growth, the Canadian housing market is not on track for a sharp decline. It nonetheless bears watching, as the domestic mortgage market is a big factor for the Canadian banks.

Over the past year, Canada’s economy has been running at a pace rarely seen in the past couple of decades, including an annualized 4.5 per cent rate in the second quarter. The above potential growth is soaking up all the remaining excess capacity in the economy, prompting the Bank of Canada to raise interest rates twice since July.

“We estimate that this potentially could lift the RBC aggregate affordability measure up by a further 3.5 per cent nationwide,” RBC’s senior economist Craig Wright said in a press release, noting that other factors such as income gains could affect this. The least-affordable place to purchase a home remains the Vancouver area, where it worsened after two quarters of improvement.

“Philly is different because it’s seen a reversal of historic patterns, since homes in the suburbs have typically been more expensive. But the city has done much better in last three years than suburbs,” explains Zillow senior economist Aaron Terrazas. “So on one hand, while the suburbs remain much more expensive than the city—the median value is about two times than in Philly—homes in the urban area has appreciated more quickly.”

For Homeless Advocates, a Discouraging Lesson in Los Angeles: Money Is Not Enough (New York Times)
Los Angeles is now witnessing a fight that demonstrates why developing housing for the homeless has been such a tough challenge across the state, even when there is funding, good will and an open piece of land. A proposal to build a 49-unit shelter in the Boyle Heights neighborhood has been blocked by a City Council committee after running up against a wall of opposition.
S.F. Accelerates Process to Build Housing (SF Weekly)

International
Labour-run council says it opposes Corbyn's housing ballot proposal (The Guardian)
A Labour-run council has said it is opposed to Jeremy Corbyn’s proposal to force local authorities to ballot residents before carrying out housing redevelopments because a yes/no vote would risk oversimplifying a complex issue.
A Master of Public Housing Gets His Due (City Lab)
If you don’t follow British architecture closely, you may not know the name of the 2017 recipient of Britain’s most prestigious lifetime architectural achievement gong, the RIBA Royal Gold Medal. Yesterday, the Royal Institute of British Architects awarded the medal to Neave Brown, an 88-year-old American born, London-based architect whose work has focused on that least prestigious and most reviled of specialisms, public housing.
Realosophy Realty Inc. Brokerage is an innovative residential real estate brokerage in Toronto. A leader in real estate analytics and pro-consumer advice, Realosophy helps clients make better decisions when buying or selling a home.  Email Realosophy

END_OF_DOCUMENT_TOKEN_TO_BE_REPLACED
This Week In Real Estate