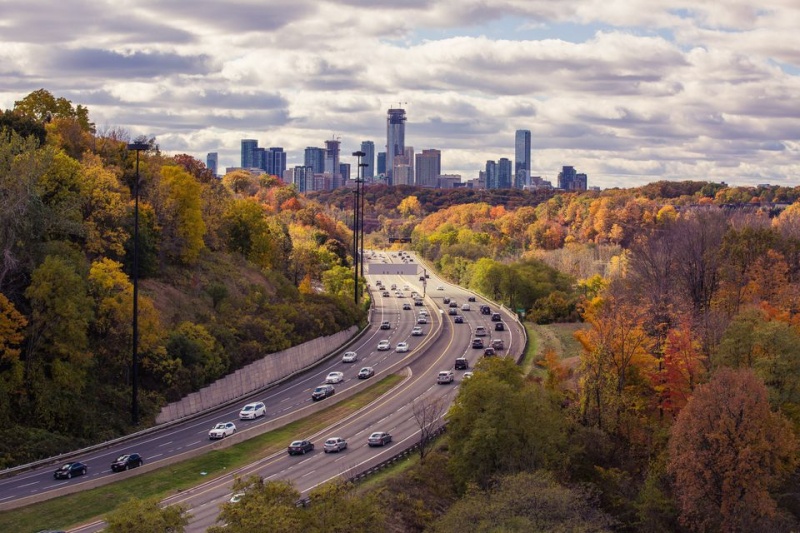 Week In Review: Home Prices Sink Further In August + The Buyers Are Back

This week in Toronto: Home prices sink further in August, the buyers are back in the market and interest rates are not a big factor in driving down Toronto home sales.

Elsewhere: Why the Bank of Canada made the right decision on interest rates, how local housing regulations smother the U.S. economy and Stockholm is the fastest growing capital in Europe.

"There are indications in these numbers — even though they look weak on the surface — that things are starting to stabilize," he said. "Solid economic underpinnings," which prompted the Bank of Canada to hike interest rates a quarter point on Wednesday, will eventually shine through in the housing market, said Porter.

Toronto Houses Are Losing Value At A Rate Of $100,000 A Month (Huffington Post)

An average single-family home in the city of Toronto went for $1.191 million in August, the city's real estate board reported Wednesday. That's a drop of nearly $388,000, or 24.5 per cent, since April, when Ontario's government announced a new foreign speculators' tax and other measures meant to cool the housing market.

John Pasalis, President at Realosophy Realty, joins BNN to talk about the latest data from the Toronto Real Estate Board.

John Pasalis, president of Realosophy Realty Inc., is feeling more buoyant about the fall market than he was even a few weeks ago. "I'm optimistic," he says. "Buyers are back … which is the first thing and the main thing we're looking for."

Landlords can no longer evict tenants without compensation (The Star)

“When a tenant is evicted through no fault of their own, they are forced to scramble to find new accommodations and cover the costs of a sudden move,” Housing Minister Peter Milczyn said in a statement. Landlords will have to pay one month’s rent to the evicted tenant or offer him or her another comparable rental unit.

The Bank of Canada made the right decision to raise interest rates, even if it has a negative impact on Toronto’s housing market, according to David Rosenberg, the influential chief economist and strategist at Gluskin Sheff + Associates.

Despite persistent fears that the domestic housing market was in a dangerous bubble bound to burst in a disruptive fashion, data from the Toronto Real Estate Board suggests otherwise. While resales in August remained on the downtrend relative to a year ago (falling 34.8 per cent), the annual decline was the smallest in three months.
While Toronto’s housing market melts down, Montreal’s sizzles (Financial Post)
The Greater Montreal Real Estate Board says booming condo sales drove an eight per cent increase in residential sales across the Montreal region. There were 2,899 sales, with condo transactions surging 19 per cent. Single-family homes that account for more than half of sales rose four per cent.
USA
How Local Housing Regulations Smother the U.S. Economy (New York Times)
If you live in a coastal city like New York, Boston or San Francisco, you know that the cost of housing has skyrocketed. This housing crisis did not happen by chance: Increasingly restrictive land-use regulations in the last half-century contributed to it.
Why can’t we get it right on cities? (Las Vegas Sun)
Houston and San Francisco are extreme cases, but not that extreme. It turns out that America’s big metropolitan areas are pretty sharply divided between Sun Belt cities where anything goes, like Houston or Atlanta, and those on the East or West Coast where nothing goes, like San Francisco or, to a lesser extent, New York. (Chicago is a huge city with dense development but relatively low housing prices; maybe it has some lessons to teach the rest of us?)
Houston's Big Opportunity for Better Urban Development (City Lab)
Natural disasters confront us with terrible tragedy: at least 50 people have died from Harvey’s wrath, approximately 40,000 homes were destroyed, and property damage will likely add up to $100 billion dollars. But, they also provide an unprecedented opportunity to re-imagine growth itself, recasting urban infrastructure and economies in more resilient, sustainable and inclusive ways.
International
Stockholm is the 'fastest-growing capital in Europe' – and soon its surroundings could turn into 8 new cities (Business Insider)
With this in mind, Swedish Minister of Housing and Construction, Peter Eriksson, last week presented a new government report that looked at 40 different municipalities with potential to become new "Sustainable Cities". Nine final candidates were selected, and unsurprisingly, a vast majority of them are just outside Stockholm.
In Rome, Violent Eviction of Migrants ‘Touched a Nerve’ (NY Times)
With elections expected next spring, the forcible eviction last month of hundreds of migrants, many from Eritrea and Ethiopia — former Italian colonies — shocked Rome for its violence and inflamed a wrenching national debate over migration.
Realosophy Realty Inc. Brokerage is an innovative residential real estate brokerage in Toronto. A leader in real estate analytics and pro-consumer advice, Realosophy helps clients make better decisions when buying or selling a home.  Email Realosophy

END_OF_DOCUMENT_TOKEN_TO_BE_REPLACED
This Week In Real Estate