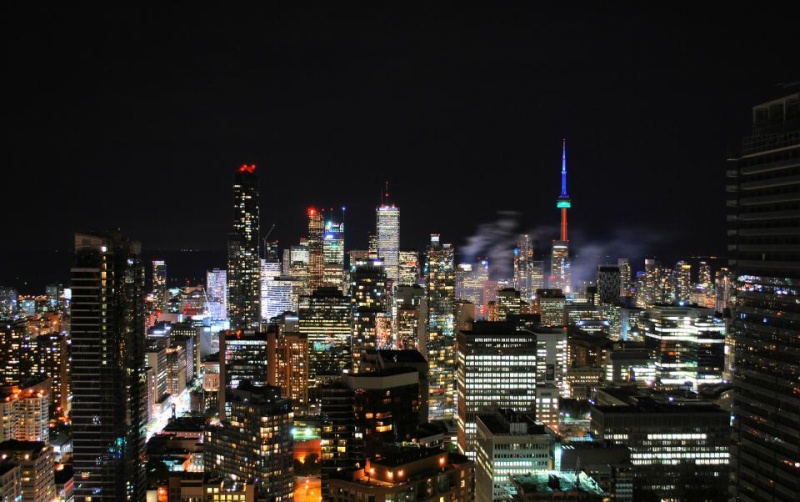 Week In Review: Is Toronto The Ideal Place To Build A Neighbourhood Of The Future + New Mortgage Stress Test

This week in Toronto: Housing hasn't been affected by interest hikes yet, why this city is the ideal place to build a neighbourhood of the future and Google's sister company makes a bold bet in Toronto.

Elsewhere: How the new mortgage stress test will hit Canadian home buyers, U.S. housing starts hit one-year low and where in the world the housing bubble might pop.

"To understand the true impact of the interest rate hike, we compiled the latest sold records from the GTA and extracted insights from different aspects of real estate," HouseSigma co-founder Joe Zeng states in the report.

In Toronto, we found a city with unequalled diversity and a remarkable spirit of openness – a beacon of social tolerance that welcomes strivers from all over with new opportunities. That openness has made Toronto one of the fastest-growing large cities in North America. Its recent economic success hasn't come at the expense of these values, but rather because of them.

Waterfront Toronto has announced that Sidewalk Labs, Google's city-building sister company, will be its partner in creating a new tech-focused neighbourhood on the eastern Toronto waterfront.

In Toronto, real estate videos – from fanciful creations like Lewis’s to straightforward virtual tours – are becoming more popular among realtors looking for a competitive edge in a saturated market.

'We're being squeezed out': Locals try to save Parkdale restaurant amid gentrification worry (CBC)

Small business owners throughout the city have faced similar struggles amid a constant march toward higher and higher rental rents that some landlords say is the new reality in Toronto.

Under the new rules, even home buyers who don’t require mortgage insurance because they have a 20 per cent downpayment, will have to prove they can make meet their commitment if interest rates rise above the five-year benchmark rate published by the Bank of Canada or 2 per cent higher than their contracted mortgage rate, whichever is higher.

“The impact of these measures will be mixed but with an overall dampening impact on the housing market, with a bigger bite in higher-priced detached markets in Toronto and Vancouver. ... At the margin, this significant move by the regulator acts as a de-facto tightening and reduces the amount of additional Bank of Canada rate hikes required in 2018.”

Existing real estate in established cities like Toronto and Vancouver looks bubbly to me, and I would be concerned. I wouldn’t advise someone to buy two or three houses in Toronto.

USA
U.S. housing starts hit one-year low; building permits tumble (Reuters)
The report on Wednesday from the Commerce Department also showed a decline in building permits, raising concerns that the housing market recovery was stalling. Homebuilding and sales are well below their peaks before the housing bubble burst in 2006.
Self-driving cars will unlock buildable space, reshape housing market (The Star)
That’s one vision of how self-driving cars will affect U.S. real estate, laid out in a report by MIT’s Center for Real Estate. But it’s not the only one. Even as reclaimed parking spaces fuel a downtown building boom, autonomous vehicles will encourage builders to push deeper into the exurban fringe, confident that homebuyers will tolerate longer commutes now that they don’t have to drive, according to the report, sponsored by a unit of Capital One Financial Corp.
Why Is 'Affordable' Housing So Expensive to Build? (City Lab)
Perhaps the central problem of housing affordability is one of scale: the number of units that we’re able to provide is too small. That’s true whether we’re talking about Section 8 vouchers (that go to only about 1 in 5 eligible households), or through inclusionary zoning
International
Where In The World A Housing Bubble Might Pop (WBUR)
Here & Now's Jeremy Hobson speaks with one of the study's authors, Jonathan Woloshin, about how they ranked the list, how interest rates are helping a housing boom and what real estate prices mean for the broader economy.
Brexit Perk: Leaving London and Paying Less for Housing in Europe (Bloomberg)
Bankers and others who must relocate because of Brexit may miss London, but not its property costs. If purchasers allocated half their after-tax income to housing, they’d need minimum take-home pay of $11,764 a month to buy in central London, assuming they put 20 percent down and have a 30-year fixed-rate loan, according to the Bloomberg Global City Housing Affordability Index.
Realosophy Realty Inc. Brokerage is an innovative residential real estate brokerage in Toronto. A leader in real estate analytics and pro-consumer advice, Realosophy helps clients make better decisions when buying or selling a home.  Email Realosophy

END_OF_DOCUMENT_TOKEN_TO_BE_REPLACED
This Week In Real Estate