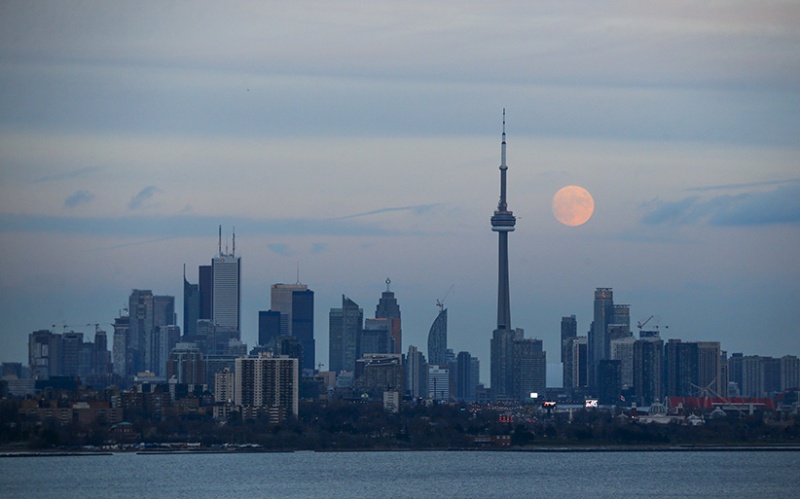 Week In Review: Is It Cheaper To Buy A House Than A Condo + A Transit Miracle On King St.

This week in Toronto: Is it cheaper to buy a house than a condo in the GTA, Toronto and Vancouver move in drastically different directions and a transit miracle on King Street.

Is it cheaper to buy a house than a condo in the GTA? This expert thinks so (BuzzBuzz News)

“When developers are pricing a unit, they’re thinking to themselves, why would I charge this much when I can get this much?” Pasalis tells BuzzBuzzNews. “And those prices don’t make sense for a two- to three-bedroom unit, which is likely why we’re not seeing as many of those units being built [in the GTA.]”

A transit miracle on King St. shows how it can work: Keenan (Toronto Star)

At least, for a start. Even on a partial holiday, there was still a lot of room for obvious improvement. It was interesting to get off the streetcar and observe from the sidewalk, where what was most noticeable was not how well the streetcars were moving but how oblivious to the road signs and markings motorists are.

The Museum FLTS condominium cancelled earlier this month is the latest condo project to be shelved. Developer Castlepoint Numa cited lengthy delays in obtaining the necessary approvals, building permits and, in turn, financing, as reasons for the halt.

The federal government is dropping a campaign pledge to waive the GST on the construction of new rental units, claiming research has shown there are better ways to boost the supply of affordable housing.

“We are concerned about increasing levels of riskier mortgage activity by non-federally-regulated financial institutions," Siddall said in the text of a speech he gave in Montreal Tuesday. “We have a responsibility to isolate sound, solvent institutions from the contagion that can erupt when a lender fails."

The NDP was largely elected in Metro Vancouver: Housing was the top issue in the election and the NDP promised to tackle foreign speculation with a property surtax. This is still early days for the new government, and they should make sure to design the surtax properly. But a lot is at stake. They can either do the principled thing they were elected to do or they can sell out many of their supporters and miss a generational shot at fixing our housing market.

"A lot of people who were looking in Vancouver are automatically looking further south now to Seattle," said Matthew Gardner, chief economist with Windermere Real Estate in Seattle.

USA
Don’t gut U.S. housing help for young families and the elderly (Orlando Sentinel)
You have met the people who benefit from housing bonds. They are the people who have full-time employment in jobs that aren’t high wage — the exact group that we so often say deserves help. They work in banks, hotels, hospitals, restaurants and schools.
Multigenerational Households: Already Home for the Holidays (New York Times)
The number of people living in multigenerational households — homes in which two or more adult generations live together, or those that include both grandparents and grandchildren — has been on the rise in the United States. In 1980, 12 percent of the country’s population lived in such households. By 2014, that number had grown to a record 60.6 million, or 19 percent, according to a 2016 Pew Research Center analysis of census data.

For more than a decade this permanent supportive housing facility has served low-income residents of south Seattle. It’s their home. But the Providence Gamelin House only came into its own at the end of 2017, when an architectural rendering of the project was compelled into service as a meme. Specifically, as a housing meme, which is its own bucket for signifiers of our slide into late capitalism.
International
Britons work longer hours and face more expensive housing than other developed nations, says OECD (Independent)
In particular, young people fared badly on a comparative inequality scale, with young-to-middle aged citizens marked in the bottom third of OECD member nations for several categories including free time, political engagement, household income and adult skills.
Housing Shock Conjures Swedish Crisis Ghost (Bloomberg)

Sweden’s housing market is cooling fast, raising concerns that the Nordic nation will face a repeat of the real estate crash in the early 1990s that brought the economy and its banks to their knees, broke the krona and had government officials haggling with foreign creditors.

END_OF_DOCUMENT_TOKEN_TO_BE_REPLACED
This Week In Real Estate