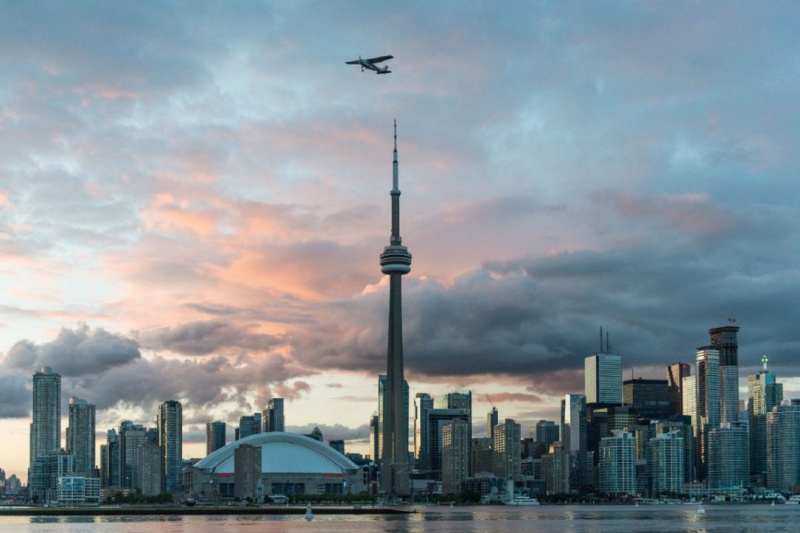 This week in Toronto: Real estate developers can't afford Toronto's housing market, what the new federal housing plan means for the GTA and a lifeline through the new rental benefit.

Elsewhere: Liberals' $40B national housing plan rests heavily on provinces, what the Trump tax plan will mean for U.S. housing and the U.K. Finance Minister seeks to placate young voters through housing changes.

Toronto-area land prices have gotten so high that developers are struggling to build new homes that people can afford. Buyers are no longer lining up, despite discounts and incentives.

The federal Liberals’ new national housing strategy won’t shelter middle-income residents from the increasingly unaffordable cost of owning or renting a home in the Toronto region, builders and landlords say.
Can the government save the middle-class wannabe homeowner in Toronto and Vancouver? (The Globe and Mail)
The story of these two cities is that while sales levels have been volatile in the past couple of years, prices have increased at a higher rate than income. You have to wonder if the tradition of middle-class home ownership in these cities will fade away should these trends continue. The national housing strategy expected Wednesday will be closely read for ways to address this issue.
National housing strategy to include rental benefit (The Star)
“What happens with that baseline funding is terrifically important for the City of Toronto and Peel and York Region, and Durham, and Halton and so on,” said Suttor. “You need an ongoing subsidy flow and it shouldn’t just come from the city, it should come from senior levels of government.”

A Liberal government fond of promising help for those working hard to join the middle class unveiled billions in housing help Wednesday that could make a difference to hundreds of thousands of households -- but only in a few years when federal money finally flows to new units and tenant benefits.

While the new government strategy makes a welcome political gesture toward solving problems created by the high cost of housing, there is evidence that the problem is bigger, more complicated and more intractable than any government can handle, even with this latest decade-long multi-billion-dollar plan.

However, he has concluded that Vancouver does not have a shortage of housing units. In fact, we have a surplus. And, as anybody in Metro Vancouver knows, prices have not plummeted as a result.

USA
How the Trump Tax Cuts Would Reshape (and/or Break) Our Economy (New York Magazine)
For the better part of a century, our government has made the promotion of home ownership a pillar of domestic policy. The Trump tax cuts represent a modest — but nonetheless, unprecedented — departure from this bipartisan consensus.
Real Estate Agents Mobilize to Shield Homeowners on Tax Plan (NY Times)
According to some economists, real estate agents have plenty to fear. The Senate version of the tax bill would eliminate the deduction for local property taxes (the House bill caps it at $10,000), and both the House and Senate bills would effectively make the mortgage-interest deduction less valuable to many homeowners. Both provisions could raise the cost of owning a home, making homeownership less attractive for at least some families — and perhaps depressing property values.
Frank Lloyd Wright Paved the Way for Bad Silicon Valley Housing Ideas (Motherboard)
“I think fundamental to any housing crisis is some kind of a foundation that asserts and accepts housing as a right,” Jacob R. Moore, Assistant Director of the Temple Hoyne Buell Center at Columbia University’s Graduate School of Architecture, Planning, and Preservation, told me over the phone. “The company town was run by a company so it was an entirely private venture. Cities were the enemy for Frank Lloyd Wright and a lot of ‘enlightened people’ at the time.”
International
U.K. Finance Minister Seeks to Placate Angry Young Voters (NY Times)

The Divide Between Australia's Housing 'Haves' And 'Have Nots' Is Getting Bigger (Huffington Post)
"Australians continue to build some of the biggest houses in the world, but an increasing proportion of Australians -- especially in Sydney, Melbourne and Brisbane -- also want smaller homes like apartments, semi-detached homes and town houses," explained CommSec's chief economist, Craig James.
Realosophy Realty Inc. Brokerage is an innovative residential real estate brokerage in Toronto. A leader in real estate analytics and pro-consumer advice, Realosophy helps clients make better decisions when buying or selling a home.  Email Realosophy

END_OF_DOCUMENT_TOKEN_TO_BE_REPLACED
This Week In Real Estate