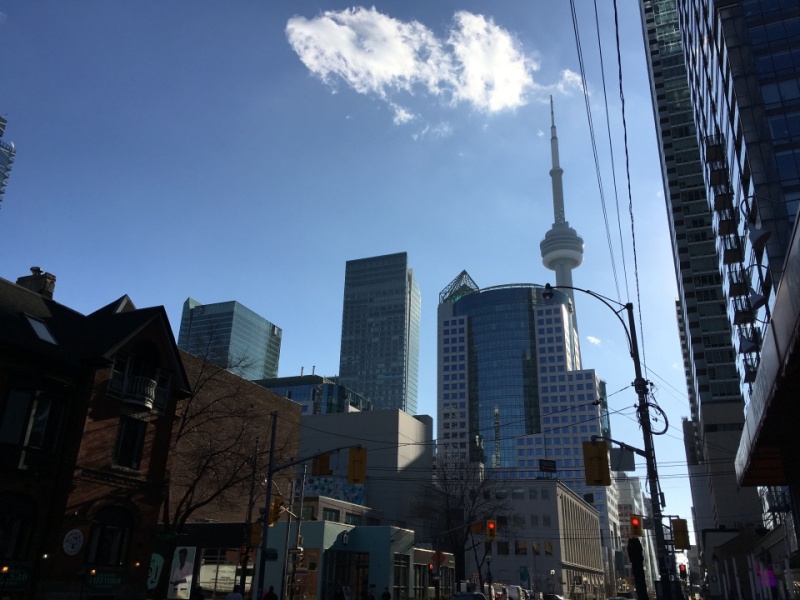 This week in Toronto: The city balances the budget on the hot housing market, availability of rental housing in GTA falls to 16-year low and what the national housing strategy means for Toronto.

Elsewhere: Realtors in Canada want you to be able to raid your RRSP to buy your kid a house, Dallas-Fort Worth moves to the top in the United States and Brexit swings a sledgehammer at Britain's housing market.

Rental housing is getting harder to find in the Greater Toronto Area, although for those that already live here, that's not likely news. But a new report from the Canada Mortgage and Housing Corporation provides a statistical look at just how tight the rental market has become.

Will the National Housing Strategy impact Toronto’s real estate market? Not anytime soon, according to this economist (BuzzBuzz)

“We expect the strategy to help ease some of the supply-side pressures in tight markets over time,” he writes in a recent note. “Accelerated growth in the affordable housing stock is bound to trigger a chain reaction across the various layers of the housing sector that will ultimately lead to greater availability of private rental and, possibly, owned units.”

"This would support housing in the missing middle — average people looking for rentals," he said at a downtown apartment building that was opened last spring above a parking garage. "This (money) would be targeted at private developers who want to build market rental housing. It would be up to the municipality to work out the details project by project," said Milczyn.

Claire Hay has been searching for an affordable rental suite on Kijiji and found one about a month ago – or so she thought. It was a bachelor unit in a new condo development Park Lawn Road and Lake Shore Boulevard West. She arranged for a viewing and was met by a man who identified himself as the owner.

Surprise! Realtors want you to be able to raid your RRSP to buy your kid a house (Macleans)

That decision was part of a larger, more troubling pattern: From 2011 to 2015, Reuters has found, senior FSCO investigators rejected or ignored compliance officers’ multiple recommendations that the agency investigate or take action to rein in the marketing and sales of Fortress syndicated mortgages.

Home buyer who balked at foreign buyer tax must give up $180,000 deposit (Times Colonist)

A judge has found that a woman who had agreed to purchase a home in North Vancouver, but failed to complete the sale after B.C.’s foreign buyer tax went into effect, had breached her contract.
USA
Robust economy helps DFW rank as a top U.S. housing market stronghold (Dallas Business Journal)
The region ranked as the No. 2 housing market in the country, behind Las Vegas, based, in part, on the region's economic prowess, which includes a low unemployment rate and ability to build new homes for a fast-growing residential population, according to realtor.com's 2018 National Housing Forecast released Wednesday.
How San Diego Is Trying To Use A Hepatitis A Outbreak To Solve Its Housing Crisis (Pacific Standard)
"In the meantime, we have a lot of people living on the streets. What do you do for them?" says San Diego Councilman Chris Ward, who pushed the city to open temporary housing when the outbreak was first declared in April. "This hepatitis A outbreak has given us a new heightened state of emergency on top of what is already a humanitarian crisis."
Why Are Millennials Leaving New Jersey? (City Lab)
Whipple left New Jersey for college, but returned soon after. He estimates that 20 percent of his high-school friends still live within a 20-mile radius of Bogota, the small town in Bergen County where they grew up. But most of those friends’ kids have moved away: “They couldn’t afford it. That’s not a scientific survey, but it’s the scuttlebutt. It’s in the air.”
International
Brexit Swings a Sledgehammer at Britain's Housing Market (Bloomberg)

Now, it's unfair to pin the blame for the imminent departure from the EU on Hammond. He's probably the keenest Europhile in Theresa May's fractious Conservative cabinet. But there were already quite a few doubts swirling around his aim to build 300,000 homes a year by the middle of the next decade.

The city’s 17th-century canal ring, museums and concert halls are of course big draws. Amsterdam is seen as cool and clubby enough for young workers, but with a quality of family life that expat surveys routinely rank higher than New York, London, Paris and Berlin.

END_OF_DOCUMENT_TOKEN_TO_BE_REPLACED
This Week In Real Estate