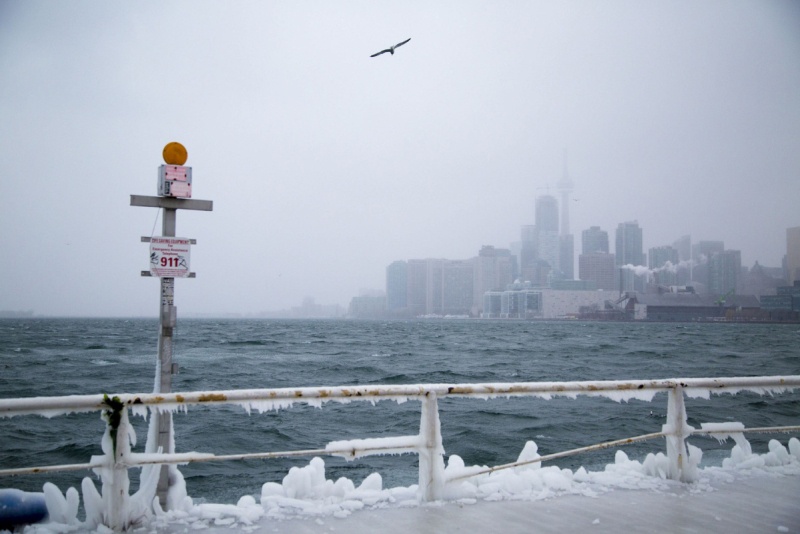 What Data Doesn't Tell Us + Toronto Has More Room For Density

This week in Toronto: What housing data does and doesn't tell us, Toronto has more room for density and the city's housing recovery may trail Vancouver's.

Elsewhere: Condos have become the last bastion of affordability in Canada's big cities, Manhattan rent prices fall sharply and a plan for a new city in Oman.

Statistics Canada and the Canada Mortgage and Housing Corp. recently released a batch of data looking at "non-resident" ownership of housing in Toronto and Vancouver. Many observers have tried to spin the data in misleading ways, so it is important to look closely at what the data tell us – and what they don't. Here are four important takeaways.

To be sure, Toronto has seen some signs of recovery in the past two months, with sales in December having the smallest yearly decline since the introduction of a foreign home-buyer tax in Ontario in April. Still, the market now faces a new hurdle as homebuyers who don’t take out mortgage insurance will have to qualify at higher rates.

“Canadian cities like Toronto, which are experiencing an affordability crunch, can accommodate much more housing supply. There’s a lot of room to grow, especially upward,” said senior policy analyst Josef Filipowicz, who wrote “Room to Grow: Comparing Urban Density in Canada and Abroad.”

Foreign buyers were never the source of the fevered real estate activity in the Toronto region, said Springate-Renaud, broker of record at the Toronto Central Engel & Volkers office.

'Year of the condo' dominates 2017 Toronto luxury market (The Star)

High-end real estate has continued to sell and appreciate while the rest of the Toronto area property market endured a rockier year, says the CEO of Sotheby's International Realty Canada.

British Columbia's superintendent of real estate is taking the province's industry regulator to court, demanding the body begin disciplinary proceedings against a realtor accused of misconduct.

If B.C. Green Party Leader, Andrew Weaver had his way, a ban on foreign buyers investing in the province's real estate market would be announced in the upcoming budget. "This is unsustainable," said Weaver. "If we don't curb the amount of the demand side of this equation, it's only going to get worse."

In the last year, American home buyers faced shortages in the number of properties available for sale. “We saw the lowest number of active listings for sale in over two decades, a full generation,” said Javier Vivas, director of economic research for Realtor.com, which maintains a database of more than 99 percent of homes listed nationally and provided data for this article.

Manhattan Apartment Rents Fall the Most Since 2014 (Bloomberg)
After two years of propping up apartment prices with behind-the-scenes offers of free months and gift cards, owners contending with a flood of supply could no longer hold up the dam. They still offered sweeteners -- last month, in 36 percent of all new leases, a record share -- but they also agreed to whittle what they charged in rents.
Why Affordable Housing Could Become Harder To Find (NPR)
Poor families in the United States are having an increasingly difficult time finding an affordable place to live, due to high rents, static incomes and a shortage of housing aid. Tenant advocates worry that the new tax bill, as well as potential cuts in housing aid, will make the problem worse.
International
Sky-rise living: Palace or prison? (CNN)
Looking out over the London skyline now, we see both of these kind of towers: high-rises built as homes for the people, and shiny, thrusting vertical edifices of the financial heart of the city -- the Gherkin, Cheesegrater, Walkie Talkie et al. We see the new luxury developments, super high-rises built as high-end homes -- or more often investment opportunities. Just as old London's skyline reflected the aspirations and ideas of its age, we see silhouettes that reflect ours.
Can Oman Build a Better Planned City? (City Lab)
Now Oman is trying for a new planned city: Madinat Al-Irfan will be located to the west of Muscat, Oman’s capital, near the international airport. The government has already built a convention center and a few hotels on the 1,500-acre site. Over the next 30 years it plans to add a central business district, a university, government buildings, souks, mosques, and residential neighborhoods, with the aim of hosting a population of 280,000.
Realosophy Realty Inc. Brokerage is an innovative residential real estate brokerage in Toronto. A leader in real estate analytics and pro-consumer advice, Realosophy helps clients make better decisions when buying or selling a home.  Email Realosophy

END_OF_DOCUMENT_TOKEN_TO_BE_REPLACED
This Week In Real Estate